In Hindsight, These Vintage Scandals Weren’t All That Scandalous

Affairs, accusations, and rivalries all made for incredible scandals during the Golden Age of Hollywood. But some scandals were smaller than others. Some just weren’t that scandalous at all. Below, we look at five scandals that were certainly scandalous at the time, but in a world of tabloid news, rank as “meh” on the scandalous scale. 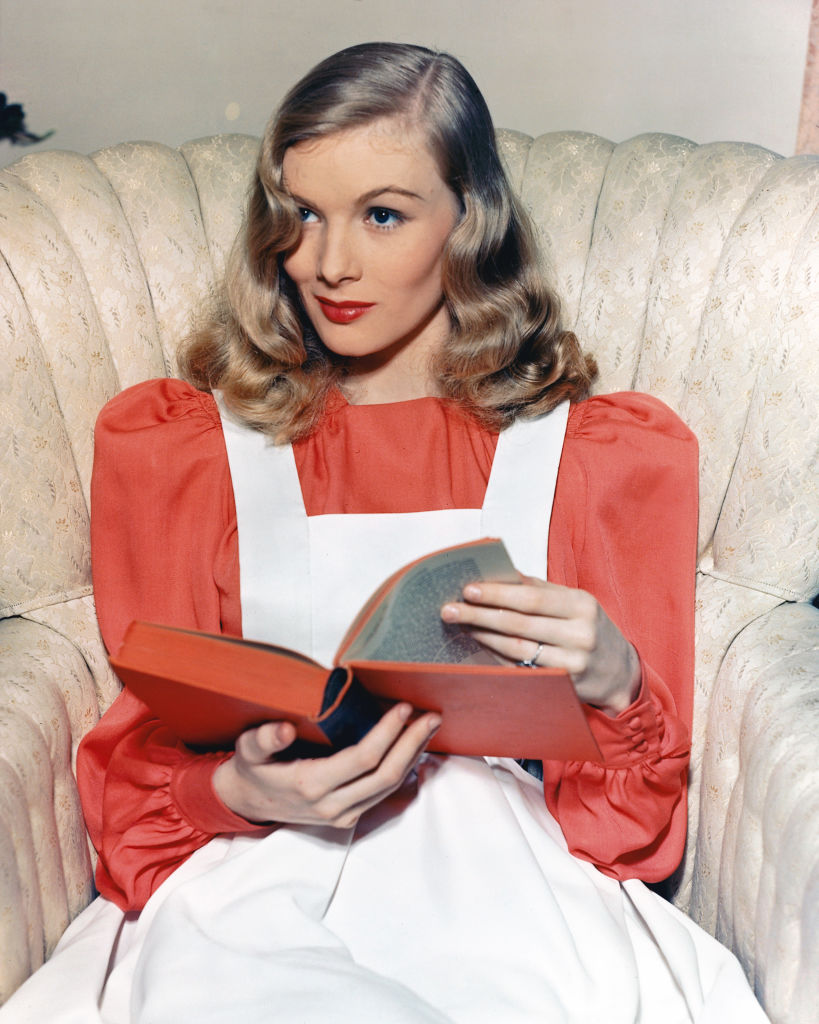 Veronica Lake wearing a red blouse beneath a white apron dress, sitting in an armchair as she reads a book, circa 1955. (Photo Credit: Silver Screen Collection/Getty Images)

Known for her iconic peek-a-boo hairstyle covering one eye as well as her role in I Married A Witch (1942), Veronica Lake would unknowingly be the cause of a major issue on the home front during WWII. What started out as an accident, hair simply falling over her face during a screen test, would soon become her trademark look – one that female fans of hers would try to emulate themselves. This was problematic for women who entered the workforce during WWII, as it obscured vision and became a danger for factory work.

Mary Brewster of the War Manpower Commission even penned an interoffice memo stating, “the working gal’s indifference to the dangers of long flowing hairdos has driven personnel directors to the last stages of profanity. Veronica Lake has had a tremendous influence because of her unfettered mane upon too large a percentage of ladies engaged in turning out the ammunition.” Lake was approached by the government about changing her hairstyle, and she did, but not for long. The veil of hair was her trademark, and it was what made her recognizable in public. 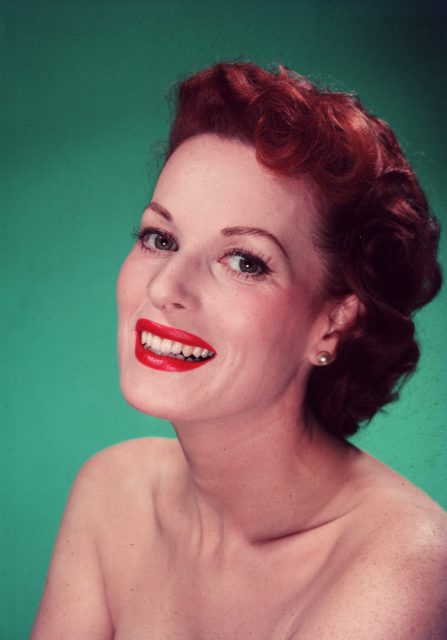 In 1957, Confidential magazine ran a gossip story about Maureen O’Hara, best known as the Irish star of Miracle on 34th Street (1947), that dragged her name through the mud. Usually cast as conservative characters in her films, this slander went against the image she worked so hard to build. The story said that she was thrown out of the audience of Grauman’s Chinese Theatre back in 1953 because she was smooching a man so aggressively that it had become unsavory.

Not willing to take this one sitting down, she worked with the State of California, which had wanted to put an end to Confidential‘s outrageous stories. She filed a libel case against the magazine and had her sister, who was a nun, testify on her good character. She also provided a passport that proved she was not even in the country when the alleged incident occurred.

The jury was deadlocked, unsure of the dates that were suggested by the magazine and their crossover with O’Hara’s alibi. The trial resulted in the State reaching a deal with Confidential over its libelous material. While O’Hara claimed it as a victory, Confidential plummeted without its gossip coverage. Even today, it is still unclear if it was her in the theatre that day. 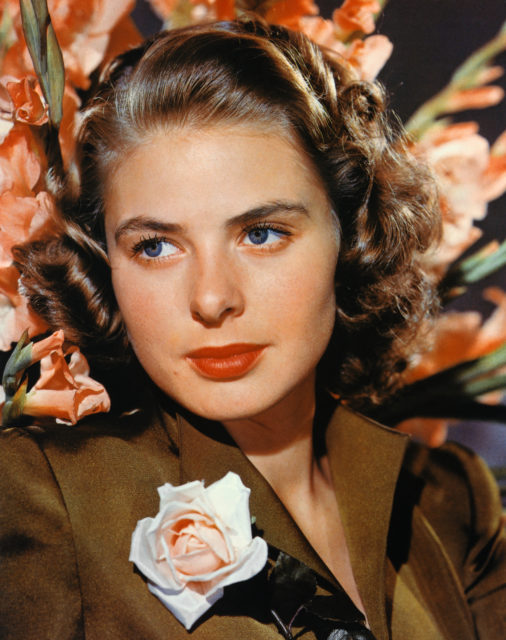 When Ingrid Bergman, known for the film Casablanca (1942), left her husband to pursue a marriage with Roberto Rossellini in 1950, she caused quite a stir. She received a great deal of criticism, hate mail, and threats to her life. Hollywood stopped casting her in films, movie theatres refrained from screening films she appeared in, and talk shows avoided her as a guest at all costs. The scandal really put a halt to her career.

The US Senate even condemned her actions, with Senator Edwin Jackson saying, “[Bergman] is one of the most powerful women on earth—I regret to say a powerful influence for evil … Out of the ashes of Ingrid Bergman will grow a better Hollywood.” Her marriage to Rossellini only lasted from 1950 to 1957, and the whole ordeal had her essentially kicked out of Hollywood until 1959 when news surrounding her name had cooled down. Twenty-two years later, she was even issued a formal Congressional apology for the statements made earlier. 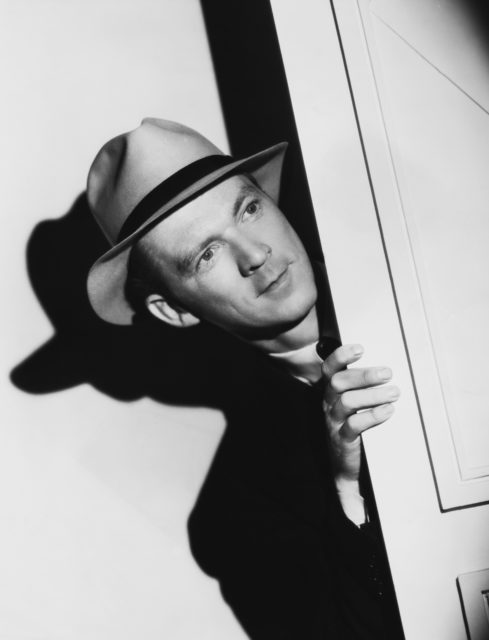 In 1934, while shooting Viva Villa! (1934) in Mexico, Lee Tracy found himself in a heap load of trouble. He had gotten particularly drunk one night and stumbled off to bed. In his drunken slumber, he was awoken by a military parade that was happening just outside of his hotel room. He claims he was helping the paraders celebrate, but he was still inebriated, and other accounts recall Tracy yelling profanities to those participating in the parade. Some even said they saw him urinating toward the cadets. This was not good.

Tracy was the second lead for the film, but with the Mexican government looking to arrest him, MGM put a stop to that. They had promised to scrap all scenes that included Tracy, and he was replaced by Stuart Erwin instead. Tracy managed to escape getting arrested in Mexico and was able to return to America, but his five-year contract signed with MGM was cut off three years early due to the incident. 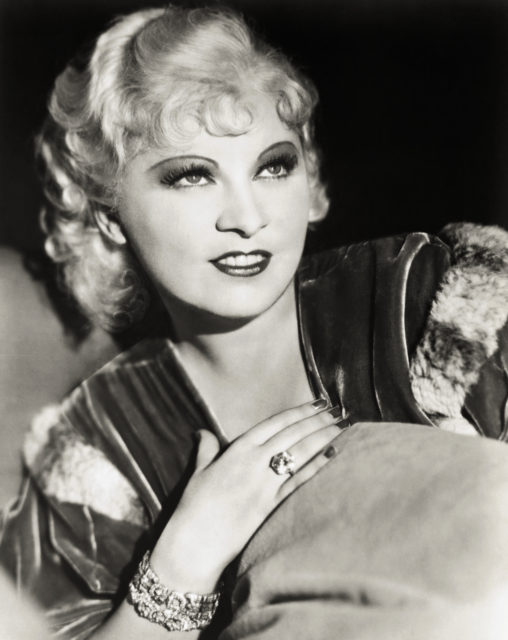 One of the most iconic actresses of the 1930s silver screen, Mae West found herself in a sticky situation in 1927. She had written and starred in her own play called Sex on Broadway. The play focused on a sex worker, though it did not showcase any nudity or even sex at all. Regardless, the play was considered extremely controversial in a time when sex was taboo. It was so controversial, that West was actually arrested for obscenity due to the play.

More from us: The Many Romantic Scandals in Gary Cooper’s Life

At the end of one of her performances, she was met backstage by the New York Police Department’s Vice Squad, and she was eventually sentenced to 10 days of jail time. She was let out after eight days for good behavior, and she even attributed the scandal as having actually kick-started her incredible career. She could very well be right, but in addition to her appeal and charm, she became one of the highest-paid stars in Hollywood.