Judi Dench Was Told She Had the ‘Wrong Face’ For Movies

Judi Dench has played Queen Victoria, a human-sized cat, a top-secret spy master, and briefly, a woman seduced by Jack Sparrow in Pirates of the Caribbean: On Stranger Tides. She has certainly acted in a wealth of different roles during her time as a film star.

Although she’s best known in recent years for her roles in many popular films, Dench first started her career in theater and television. Her impressive acting career across many different mediums makes it even harder to imagine that a director once told her that she would never make it in film because of the way she looked.

The ‘wrong face’ for movies

Dench studied at the Central School of Speech Training and Dramatic Art in London before she began acting in critically acclaimed roles in London theater, the first of which was as Ophelia in a performance of Hamlet. In 1958, she debuted on Broadway in Twelfth Night. Although she loved theater, in the coming years she began auditioning for roles in TV and film. 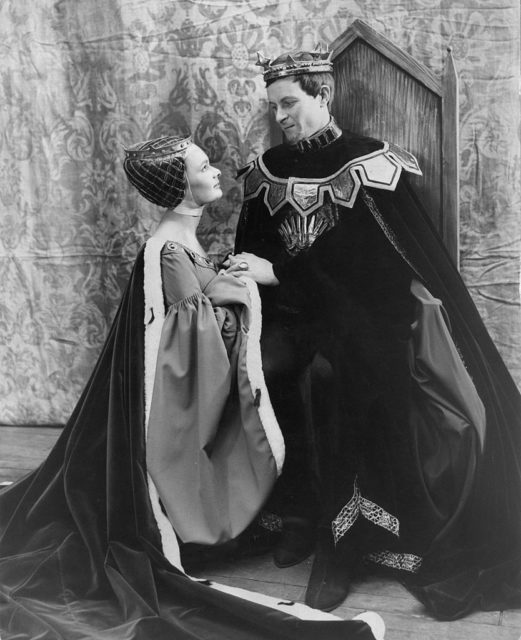 Judi Dench and Alec McCowen in a dress rehearsal for a production of Shakespeare’s ‘Richard II’ at the Old Vic, London, May 4, 1960. (Photo Credit: Central Press/ Hulton Archive/ Getty Images)

According to Dench, during one film audition, she had a director tell her “You’ll never make a film. You have the wrong face.” This didn’t bother her, as she quipped back that she didn’t like film anyway, as she wanted to go back to theater. It was during this period that Dench began to make a name for herself in film, proving that she very much does have a face for it.

Her first major film was The Third Secret (1964), but her role in Four in the Morning (1966) earned her a BAFTA Award for Most Promising Newcomer to Leading Film Roles in 1966.  She won a second BAFTA Television Best Actress Award in 1968 for her role in Talking to a Stranger.

Despite this early success, her film career took off relatively late in life. For example, all seven of her Academy Award nominations were after her 60th birthday. When she wasn’t acting in TV and films, she always went back to theater. 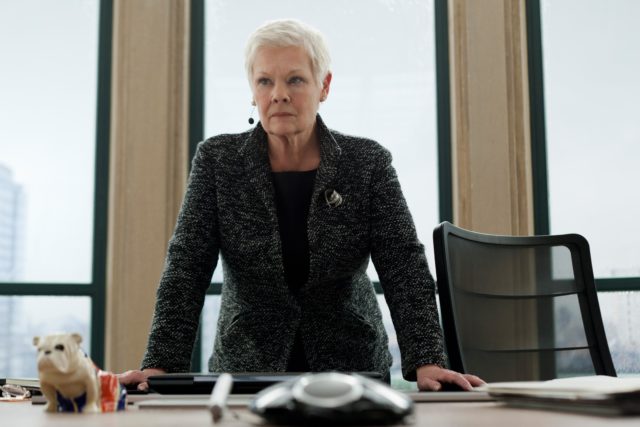 Judi Dench in James Bond movie Skyfall, one of the movies where she played the role of “M.” (Photo Credit: Metro-Goldwyn-Mayer, United Artists, Columbia Pictures/ Moviestillsdb)

One of the roles that made a name for Dench was Sally Bowles in the musical Cabaret. After its run finished, she rejoined the Royal Shakespeare Company and appeared in several of their plays for the next 20 years while continuing to take on different roles in films. She was already a well-known name in the UK, but became famous internationally after she took on the role of “M” in the James Bond film series. She has since appeared in seven Bond films spanning 17 years.

Throughout her career, Dench has collected an impressive number of accolades. She won an Oscar, two Golden Globes, six Lawrence Olivier Awards, and 10 British Academy of Film and Television Awards. She was named an Officer of the Order of the British Empire (OBE) in 1970 and a Member of the Order of the Companions of Honour (CH) in 2005 by Queen Elizabeth. Additionally, she was recognized with Fellowships at both the Royal Society of Arts and the British Film Institute. 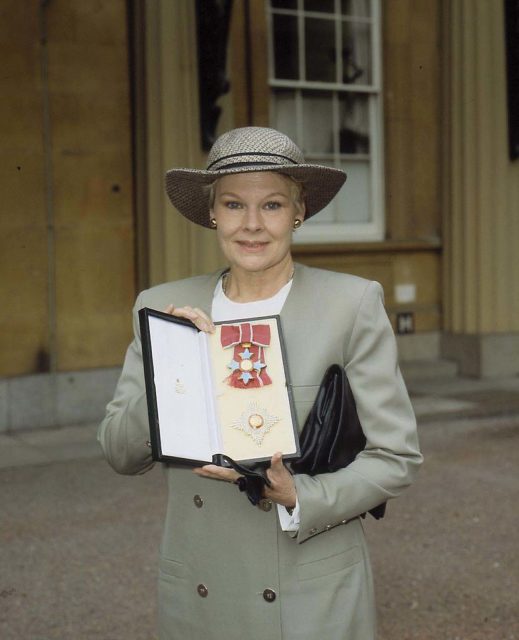 Perhaps Dench’s greatest award was being honored with the title of Dame Commander of the British Empire in 1988. It is a British order of chivalry that is given for contributions to arts and sciences and charitable work. Outside of her acting, Dench had been, and still is, heavily involved with philanthropic endeavors.

Add ‘style icon’ to her accomplishments

It might not be as important as her philanthropic work, but Dame Judi Dench has also been recognized for her impeccable sense of style. She was listed as one of the fifty best-dressed over 50s by The Guardian and is frequently hailed as a fashion icon. Additionally, Dench became the new face of L’Oreal at the age of 69 and British Vogue‘s oldest cover star when she was 85. 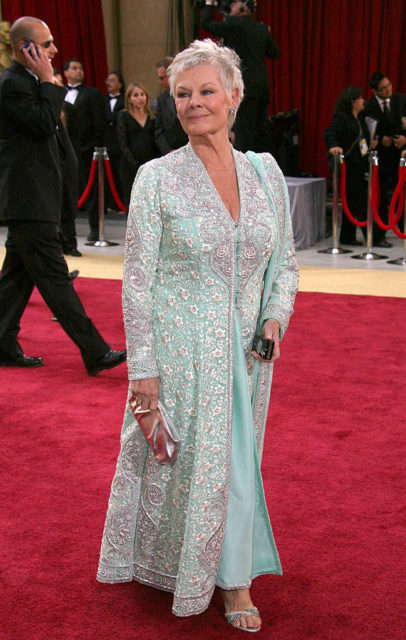 Kate Phelan, who styled Dench for the Vogue shoot, later discussed the experience. “She has a very bubbly personality but there’s a kind of shyness, too. Everyone wanted to see her, to chat to her, to be in her aura,” she said. “She had an incredible command of the room, but it was totally effortless. Her rider was the shortest I think I’ve seen in all my years of working with celebrities – no cheese, some hummus, a little chocolate, and some sparkling water.” She also brought champagne for the crew, as the shoot took place on Valentine’s Day. How lovely.

« These Were the Biggest Celebrity Scandals of the 1970s, Year by Year
The Flip of a Switch Saved the Apollo 12 Mission »