When the Apollo 11 mission entered space and Neil Armstrong took the first steps on the moon on July 20, 1969, there were a lot of things about Earth’s only natural satellite that we didn’t know. The moon landing certainly helped to explain a lot of the questions that were burning in the minds of scientists, but also illuminated some weird facts about the moon. The lead-up to the launch even caused some strange occurrences. Read on for some out-of-this-world facts about the moon landing. 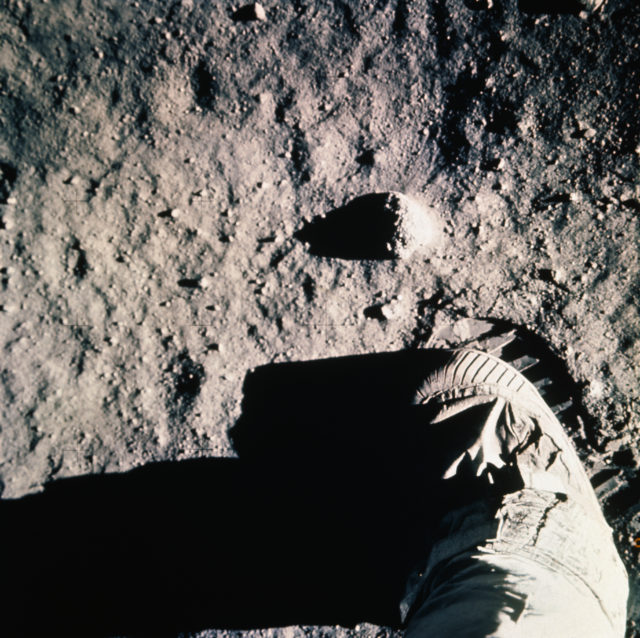 That’s probably not something you’ve ever even thought about. But it’s true. When Armstrong and Aldrin set foot on the moon, they weren’t sure what kind of terrain they were going to land on. It was unexplored terrain. Turns out, it was solid like a rock, and the two astronauts gathered moon rock and soil samples to analyze. While walking around the moon, dirt clung to their suits that followed them back inside the spacecraft.

When they repressurized the lunar module, the astronauts came to the realization that moon dirt has a particular smell. It gives off an odor similar to fireplace ashes or the air following a fireworks show. It smelt like burnt gunpowder. Unfortunately, scientists back here on Earth never got the chance to take a whiff of moon dirt, because by the time the samples made it all the way back to the labs, they no longer carried their odor.

Charles Fishman, author of One Giant Leap, summed it up perfectly when he wrote, “The smell of the moon remained on the moon.” 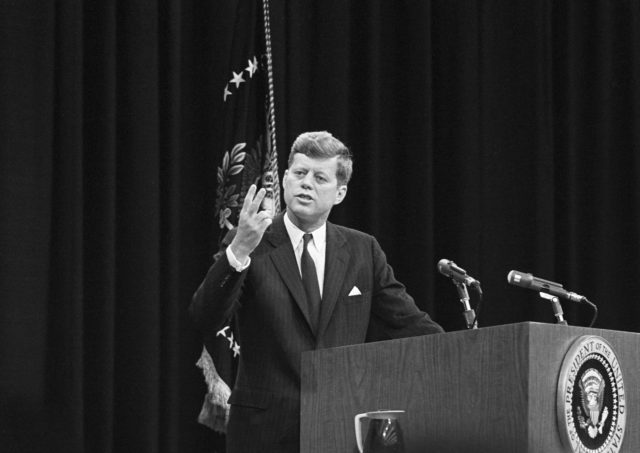 President Kennedy holds up two fingers to indicate that the United States is running second in the space race during his news conference here today. (Photo Credit: Bettmann / Getty Images)

In public, President John F. Kennedy told the world that the US would “set sail on this new sea because there is new knowledge to be gained, and new rights to be won, and they must be won and used for the progress of all people.” In reality, JFK didn’t really care about space. Secret tapes revealed that in private, his motivation was primarily just to beat the enemy.

The space race took place during the Cold War, and as such, JFK was less worried about actually landing on the moon than he was about asserting US dominance over the Soviet Union. The Soviets had already beaten the US in making it to space, and Kennedy was desperate to figure out a way to show the US could one-up the Soviets.

He turned to Vice President Lyndon B. Johnson, who had been interested in the space race early on. Johnson had previously said, “control of space means control of the world,” so it is no surprise that his first suggestion to JFK was to land an American on the moon. 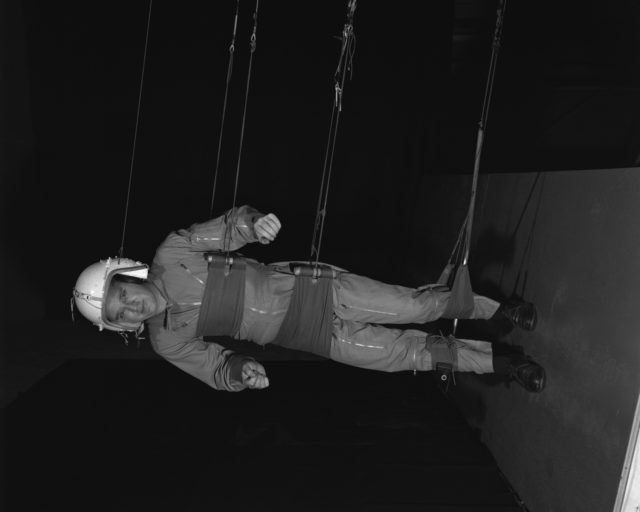 Training the astronauts of Apollo 11 for exploration of a place no one had ever been before was no easy feat. NASA had to provide a wide array of training simulations guessing at what the experience might be like. One of the more concrete training practices the astronauts went through was taking off and landing the Lunar Landing Training Vehicle in Houston. With that training, they could get a good idea of what operating the lunar module was going to be like.

A training practice less concrete was walking on the moon’s lower gravity atmosphere. Before NASA’s first zero gravity research facility was constructed in 1966, early training had the astronauts suited up and suspended sideways, so that their feet were walking on vertically tilted walls. As you can imagine, it likely wasn’t quite the feeling of zero-gravity, but with no other method of training available, walking sideways was their best attempt at simulating that zero-gravity sensation.

4. Civil Rights activists got VIP seats at the launch 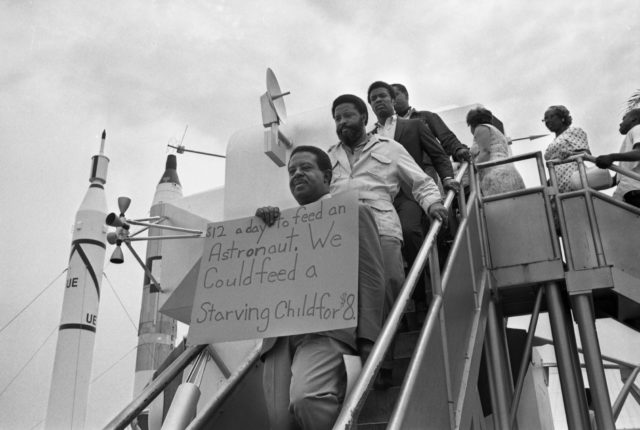 The majority of the nation stood behind this endeavor, but not everyone was excited about the decision to spend millions of dollars to send a handful of people to the moon. In fact, a group of activists gathered outside the Kennedy Space Center to protest the event. With them, they brought two mules and a wooden wagon to demonstrate the contrast between the state-of-the-art rocket ship against those who couldn’t afford to eat.

Thomas O. Paine, a NASA administrator, spoke with the protestors. His hope was that the civil rights leader, Ralph Abernathy, would “hitch his wagons to our rocket, using the space program as a spur to the nation to tackle problems boldly in other areas, using NASA’s space successes as a yardstick by which progress in other areas should be measured.” After some long chats with Abernathy, Paine was able to convince the group to stop protesting and arranged for them to have a VIP viewing area to watch the launch. Paine must have been pretty convincing, because Abernathy and the group even prayed for the astronauts, saying that they were as proud as anyone of the accomplishment being achieved.

5. Scientists were scared of space germs 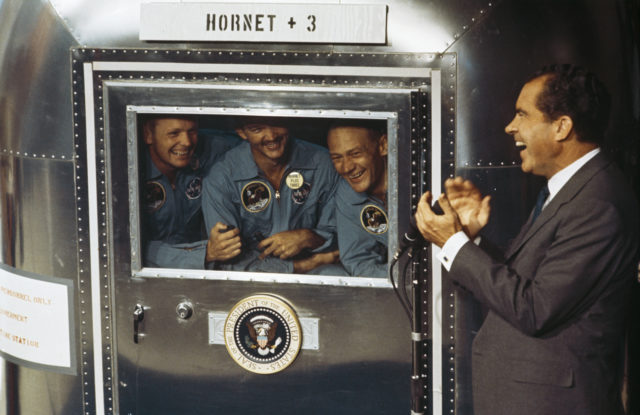 Neil Armstrong, Michael Collins and Edwin ‘Buzz’ Aldrin Jnr, the crew of the historic Apollo 11 moon landing mission are subjected to a period of quarantine upon their return to earth. Through the window of their Mobile Quarantine Facility, they hold a conversation with President Richard Nixon, circa July 24, 1969 (Photo Credit: MPI / Getty Images)

The moon was a huge unknown, and scientists weren’t sure what kind of bacteria existed on it or what was going to be brought back down to Earth following re-entry. Any kind of deadly space-borne plague could be carried to Earth on the suits of those astronauts. So, to prevent the spread of any space germs, scientists came up with a plan.

The re-entry capsule landed in the Pacific Ocean on July 24, 1969, and the astronauts were immediately transferred to the Lunar Receiving Laboratory at Johnson Space Center, a mobile quarantine facility. They were forced to stay here, unable to spread any deadly space bacteria. Armstrong even celebrated his 39th birthday while in quarantine. Eventually, they were they were given the all-clear and finally released on August 10, 1969.

« From Piggate to Partygate: The Scandals of 7 British Prime Ministers
These Were the Biggest Celebrity Scandals of the 1970s, Year by Year »