From Piggate to Partygate: The Scandals of 7 British Prime Ministers

Just like any other country, Britain has had its fair share of political scandals. Prime ministers unlucky enough to deal with one during their time in office often find themselves the butt of jokes, or worse, pressured to resign from their positions. These are seven of the most memorable scandals involving British prime ministers. 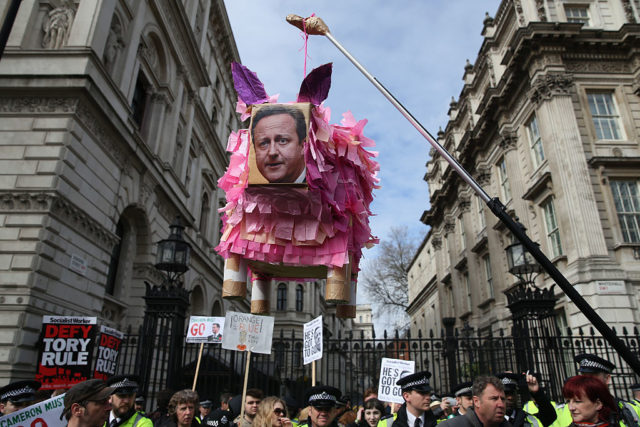 Demonstrators hold a model pig aloft with an image of David Cameron on it as they gather outside Downing Street on Whitehall. After piggate, pigs were often used in protests against Cameron, April 9, 2016.(Photo by Dan Kitwood/Getty Images)

In 2015, Lord Michael Ashcroft, along with journalist Isabel Oakeshott, published an unauthorized biography of David Cameron which included many allegations. The most shocking was that when Cameron was a student at Oxford University, he put a private part in the mouth of a dead pig.

It’s unclear whether this was a formal part of his initiation into the Piers Gaveston Society, an elite male-only club at the university, but they are often linked to the incident. While Cameron, of course, denied this occurrence, the source of the story was a member of Parliament who also went to Oxford. He didn’t witness the event himself, but said that he saw a picture of it.

Thatcher’s own political party removed her from office 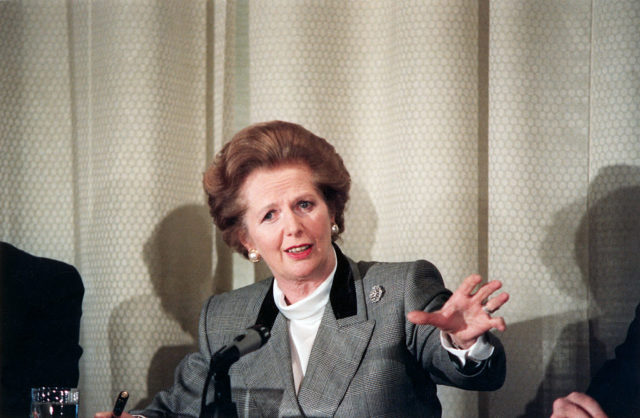 Margaret Thatcher might be one of the most controversial British prime ministers in history. She held an impressive record for number of years in the position but was eventually ousted by her own political party, prompting her resignation from the role. Thatcher’s downfall was largely due to her alienating other party members with her unpopular poll-tax policies and opposition to the UK integrating more into the European Community.

In the 1990 election for leader of the Conservative Party, Thatcher didn’t receive the majority of the votes so she withdrew her nomination, and soon after, announced her resignation as prime minister and party leader. She had been elected prime minister three times, so her resignation stunned (and delighted many). 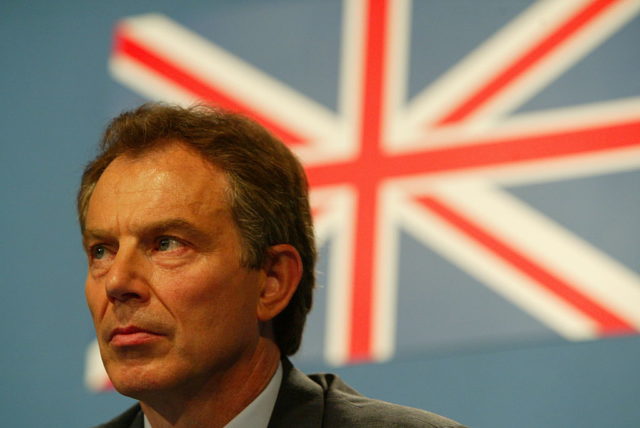 When Tony Blair and the Labour Party were elected in May 1977, they soon announced that they would ban all sports sponsorships by tobacco companies. Yet later in the same year they also proposed that Formula One racing, which received significant funding from tobacco companies, be exempt from this new policy. Why the change of heart?

As it turned out, Bernie Ecclestone, a chief executive with Formula One, had previously donated £1 million to the Labour Party and was talking with them about donating another £1 million. There was also a documented meeting between the two and shortly after, Blair urged health ministers to give them an exemption. Coincidence or not, Ecclestone maintained that he “never sought any favor from New Labour or any member of the government, not has any been given.” 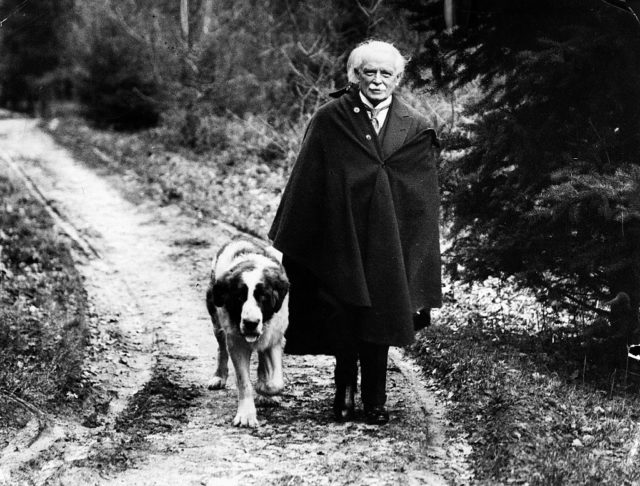 When the British prime minister resigns, they are expected to put together a Prime Minister’s Resignation Honours, a list of names they wish the monarch to give peerage and other honors to. Between 1918 and 1922, Lloyd George had apparently been selling places on his Honours List in order to raise money for his party. During this time he allegedly sold 1,500 knighthoods.

What shocked the public as much as the scandal were the prices that he charged. People could purchase a knighthood for £10,000, roughly £400,000 today, and a baronetcy for £40,000, over £1.5 million today. While it may have been morally questionable, his actions were not illegal. They did, however, help prompt the creation of the Honours (Prevention of Abuses) Act in 1925.

Harold Wilson had a spy in the cabinet 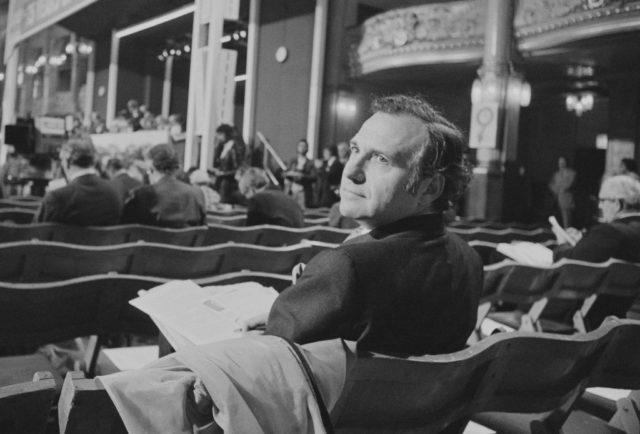 John Stonehouse was probably the worse Member of Parliament that Prime Minister Harold Wilson could have asked for. Not because he didn’t do his job, but because he caused a major scandal. Stonehouse was suspected by MI5 of being a spy. He also fell into financial ruin and tried to fix it by questionable means. His solution to his problems was to fake his own death in Miami in 1974.

He left all of his clothes on the beach, trying to make it look as if he’d been swimming and disappeared. In reality, he traveled to Australia with his mistress, where he was eventually caught. But not before there were obituaries published back in the UK, however. Twenty years after his death it was revealed to the public that he was, like MI5 suspected, an agent for the Czechoslovak Socialist Republic.

Not only did Wilson have to deal with the repercussions of having a questionable cabinet member, but he also decided to take a page from Lloyd George’s book and bestow questionable honors to a number of businessmen who were considered “scandalously lacking in merit.” His list was dubbed the “Lavender List.” 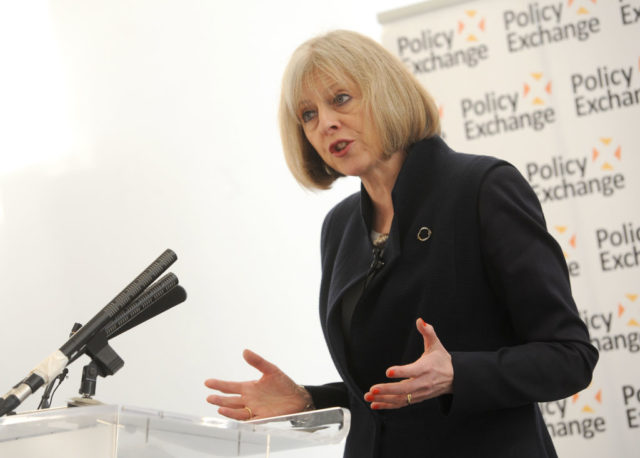 Theresa May while she was the Home Secretary giving a speech on Immigration at The Policy Exchange, December 12, 2012. (Photo Credit: Anthony Devlin – WPA Pool/ Getty Images)

In 2018, Prime Minister Theresa May became involved in the Windrush Scandal. It was revealed that many individuals who were legally allowed to live and work in the UK were detained, denied legal rights, and threatened with deportation by the Home Office. These people, known as the “Windrush generation,” had arrived in the UK between 1948 and 1971 from Commonwealth countries, and were given the right to stay indefinitely.

These detentions were part of what was known as the “hostile environment policy,” implemented by Theresa May while she was the Home Secretary. The policy essentially aimed to make living and working in the UK as hard as possible for illegal immigrants. This was accomplished by cutting off their access to health and other services, like banking and drivers’ licenses. Some of the Windrush generation were wrongfully classified as illegal immigrants because the Home Office destroyed many of the records that proved they could stay.

If their documents had been destroyed, people had to provide their own documentation, one official document for every year lived in the UK, to show that they had been there before 1973. If these standards weren’t met, they were classified as illegal immigrants. After the scandal broke, May apologized for the actions taken against the Windrush generation and a compensation scheme was established.

Boris Johnson was “ambushed by a cake” 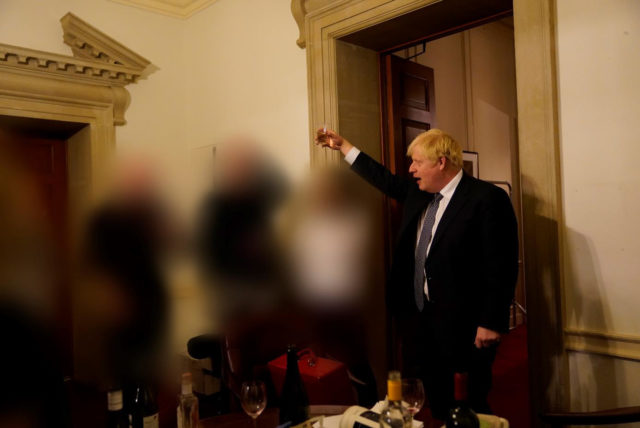 A photo that was part of the “Partygate” scandal showing a gathering in No 10 Downing Street on the departure of a special adviser, November 2020. (Photo Credit: No 10 Official Photographer/ Wikimedia Commons/ Open Government Licence v3.0)

During the COVID-19 pandemic, photos emerged of Prime Minister Boris Johnson at various gatherings held at Downing Street. In a normal year, this wouldn’t have sparked any outrage, but the country was in the midst of countrywide lockdowns to slow the spread of the virus. It came out that throughout the lockdowns there were several parties held in different government buildings.

The scandal was only made worse by further parties at Downing Street, one of which took place the night before Prince Phillip’s funeral, while the general public was still not to socialize with others indoors. This prompted significant backlash from the public and Johnson’s political opposition, with the leader of the Liberal Democrats stating, “Whilst [the Queen] mourned, Number 10 partied. Johnson must go.” Eventually, 16 gatherings during the lockdown were placed under investigation.

Johnson eventually resigned after a slew of scandals and resignations from his government.