One of the brightest stars of Hollywood’s golden age, Errol Flynn’s path to fame was anything but conventional. Born in Tasmania and finding his way to acting after years spent in the jungle of New Guinea, Flynn quickly became a Hollywood sex symbol known for hosting elaborate parties, indulging in debauchery, and breaking just about every rule there was.

The “bad boy” of the silver screen, Errol Flynn made his career as a swashbuckling, pistol-shooting action star in iconic films like Captain Blood (1935), The Adventures of Robin Hood (1938), The Charge of the Light Brigade (1936) and They Died With Their Boots On (1941). From sneaking vodka on set to spying on guests through peepholes, these crazy facts about Errol Flynn are almost too wild to be true! 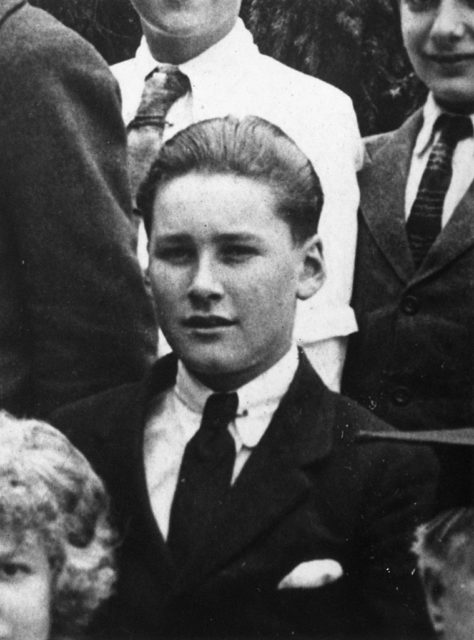 Errol Leslie Thomson Flynn was born in Tasmania in 1909, and even from an early age, he was constantly in trouble. His father, a biologist, kept kangaroos, tigers, and (of course) Tasmanian devils, which Flynn spent most of his time with. His mother Marelle often butted heads with Flynn, even calling him “a devil in boy’s clothing.”

In his posthumously published autobiography My Wicked, Wicked Ways, Flynn described his mother as abusive. He recalled one particular beating when he was only seven years old that left him tempted to run away from home. 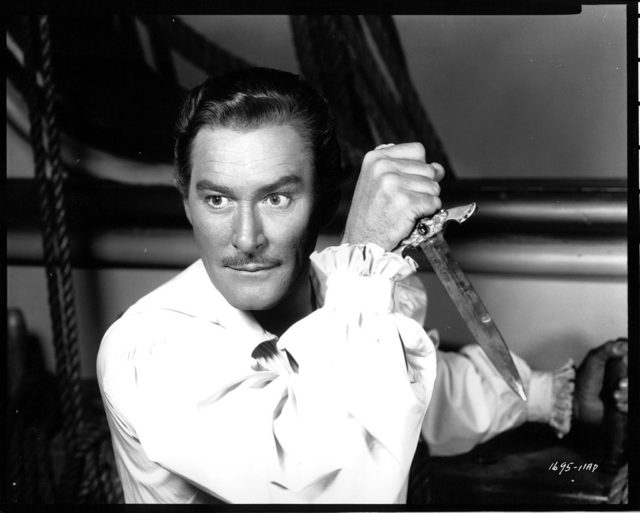 Errol Flynn with a dagger in a scene from the film ‘Against All Flags’, 1952. (Photo Credit: Universal / Getty Images)

At 17 years old, Flynn was expelled from the exclusive boy’s school he attended and boarded a ship headed to New Guinea. While living in New Guinea, Flynn worked a variety of odd jobs as a boat captain, diamond-smuggler, pearl-diver, reporter, bird-trapper, gigolo, and manager of a coconut plantation. He also oversaw many of the horrors of colonialism in New Guinea, charged with recruiting Indigenous men to work as indentured servants.

Flynn’s time in the jungle came to a head in a jungle ambush. His young assistant was killed in a shootout and Flynn fired back at the raiders and shot one in the neck, killing him. No record of the murder has been found. Flynn claimed he was arrested and charged with murder, but was later acquitted thanks to the testimony of a gold prospector.

While his time in New Guinea was nothing short of hectic, it did ultimately pay off – jumpstarting his acting career. When film executive Joel Swartz hired Flynn to captain a boat to travel down the dangerous Sepik River, he was impressed by the confident young man on the boat. Thanks to Swartz, Flynn was cast as Fletcher Christian in the 1933 film In the Wake of the Bounty.

Flynn conned his way into Hollywood 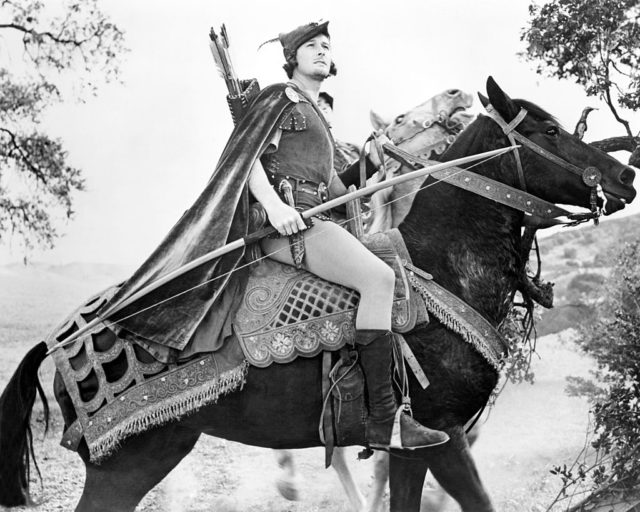 Now that Flynn had a taste of the limelight, he set his sights on becoming a stage actor in England. He stole a handful of precious gems from a female acquaintance, left New Guinea, and traveled 14,000 kilometers to reach the UK. Flynn met a Dutch doctor while on his journey who also shared his love of debauchery. They cheated and scammed their way through most of Asia until finally reaching London, England, where Flynn found work as a stage actor.

Not long after his arrival, a recruiter for Warner Brothers discovered the promising young Errol Flynn while he performed at the Stratford-Upon-Avon Festival. Flynn had conned his way into the festival by convincing the organizers he was a big star back home in Australia. He set sail for New York in 1934, regaling the esteemed passengers with stories from his time in the jungle.

Married life was a smashing success 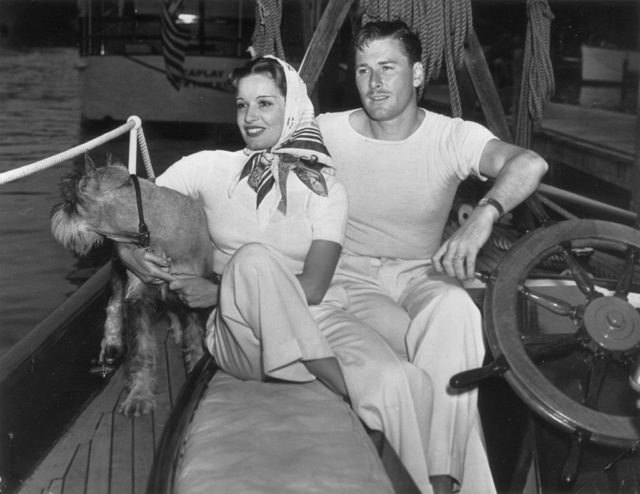 Among the passengers was French film star Lili Damita, who would become Flynn’s first wife. Their seven-year marriage was plagued by conflict, which often became physical. Some co-stars even recalled seeing Flynn show up on set with bruises from his wife.

One infamous feud occurred when Flynn was late to their one-year anniversary party. When he arrived, his wife smashed a bottle of champagne over his head while he hit her in the face, breaking her tooth. 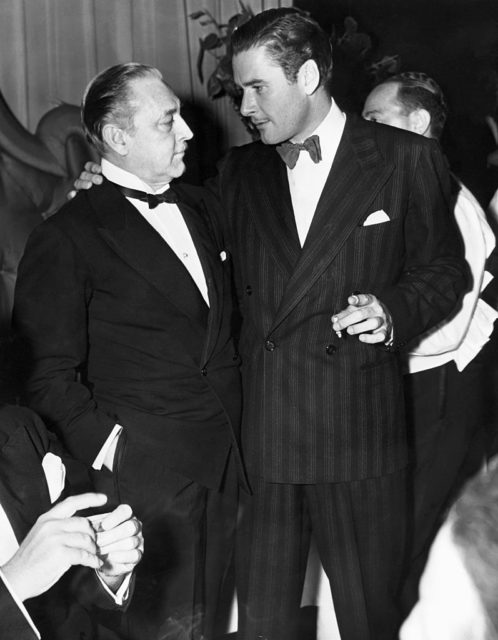 One of Flynn’s mentors and good friends was John Barrymore of the famous Barrymore acting dynasty. Following his divorce from Lili Damita, Flynn spent most of his time partying with Barrymore, who was a known alcoholic. Flynn was devastated by the death of his friend John Barrymore in 1942, but little did he know he would see his friend once more, this time from beyond the grave.

Prior to Barrymore’s burial, actor and director Raoul Walsh bribed the undertaker to take Barrymore’s body on a field trip to Errol Flynn’s house. When Flynn entered his home, he let out a horrifying scream as the pale and lifeless corpse of John Barrymore propped up on a chair. 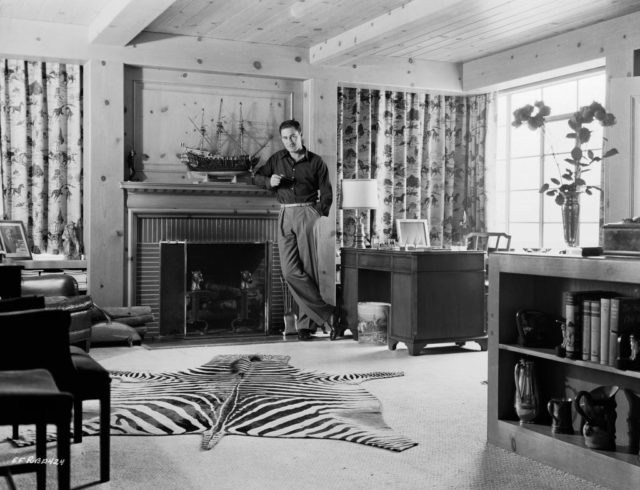 Errol Flynn’s home on Mulholland Drive was infamous for hosting some of the craziest parties in Hollywood. The party never stopped, with a revolving door of friends, Hollywood stars, and total strangers around at all times. Flynn even recalled more than one occasion where he could barely open the front door to his own home!

Flynn’s house was as eccentric as he was, complete with hidden passageways, two-way mirrors, and even peepholes to spy on guests. In his autobiography, Flynn himself described his frequent houseguests as: “pimps, sports, bums, down-at-the-heel actors, gamblers, athletes, sightseers, process servers, phonies, queers, salesmen… The famous and the infamous, stars, bit players, stunt men, and artists.” 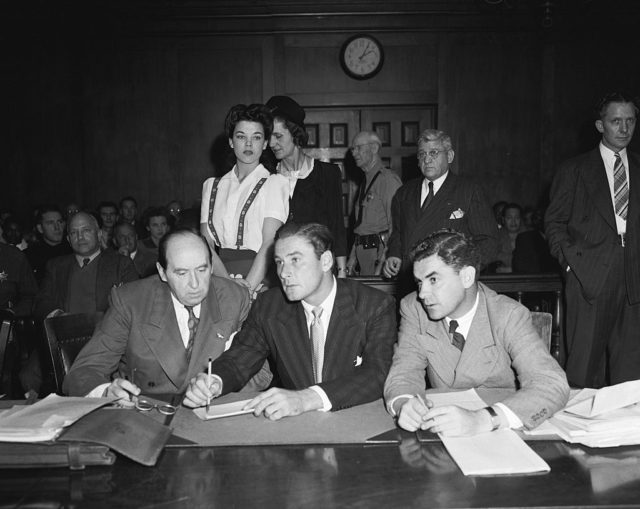 Actor Errol Flynn, (lower center), confers with attorneys, as his accuser in a morals charge, Peggy Satterlee, (directly behind Flynn), walks past him, circa 1942. (Photo Credit: Bettmann / Getty Images)

In 1942, two LAPD officers arrived at Flynn’s Mulholland Drive home to discuss a report they had received. Over coffee, the officers told Flynn that he was a suspect in an investigation following a claim from a 17-year-old woman named Betty Hansen who reported that Flynn had assaulted her. The police had connected the report to another case involving a second 17-year-old girl, Peggy Satterlee.

Satterlee also reported that Flynn assaulted her, but he confirmed that the encounter was consensual and he was under the impression she was 21 years old, not 17. Both cases still went to trial, which was a media sensation. The famous actor became a joke overnight, but the accusations also elevated his already grandiose sex symbol status.

Flynn was ultimately acquitted of the crimes, which he reflected on in his autobiography: “I might have been guilty as hell—under the law, that is,” he writes. “But in the world of day-to-day common sense…everybody knew that the girls had asked for it, whether or not I had my wicked ways with them.”

Was Flynn a German spy? 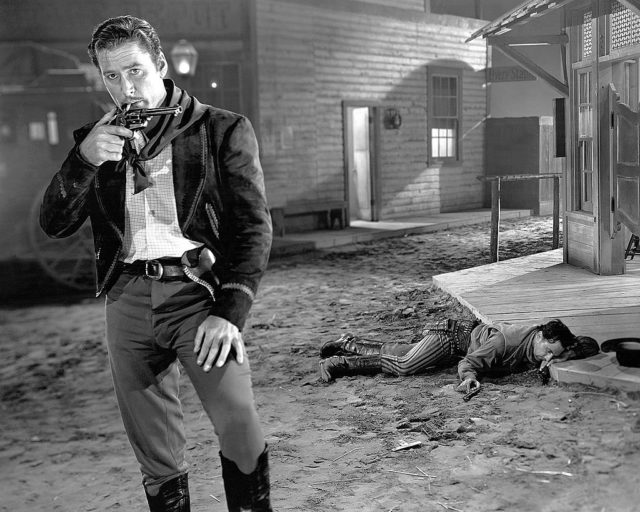 Biographer Charles Higham stumbled upon some interesting connections while writing a book about Errol Flynn in 1980. During his research, he became convinced that Flynn was a German spy. His main reasoning was Flynn’s close friends Freddy McEvoy, who was suspected of being an antisemitic German sympathizer, and Dr. H. F. Erben, an Austrian man he met in New Guinea who was a member of the National Socialist Party of Germany.

While the claims about Flynn’s friends are true, Higham also claims that someone confided in him that her husband, who worked closely with Errol Flynn, had overheard him admit he was secretly working for the Germans. The posthumously presumed theories were eventually debunked in the 1990 book Errol Flynn: The Spy Who Never Was.

From Hollywood’s brightest to burnt out 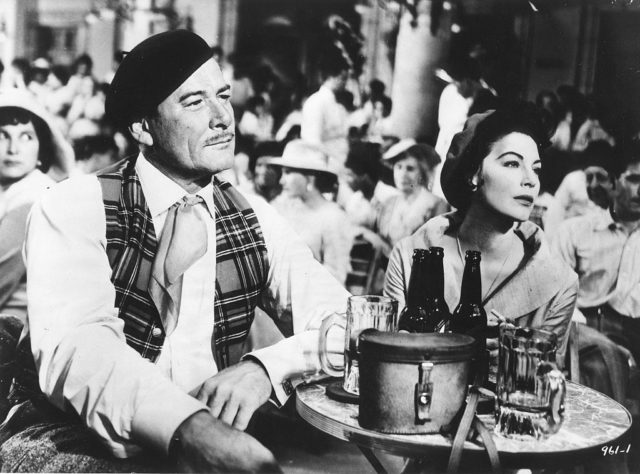 As his career progressed, Flynn’s alcoholism began to tarnish his once-bright reputation as one of Hollywood’s leading stars. After his 1948 film Adventures of Don Juan flopped, MGM Studios loaned Flynn out to some small productions like Universal’s pirate flick Against All Flags (1952). During filming, co-star Maureen O’Hara observed that Flynn would always show up to set with all of his lines prepared, but would be found drunk by 4 pm.

To help avoid Flynn’s daily drunken shenanigans, Universal Studios banned all alcohol on set – but that didn’t stop the stubborn actor. He began to bring oranges injected with vodka, yet somehow Against All Flags was a box office hit! 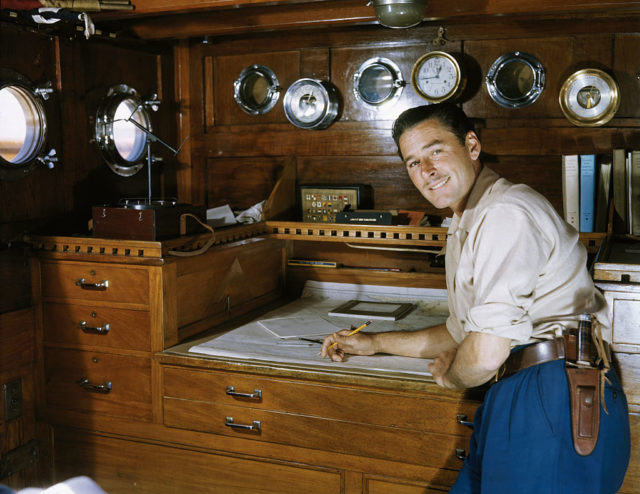 Errol Flynn in the captain’s cabin of his yacht, circa 1940. (Photo Credit: Bettmann / Getty Images)

Looking to strike out on his own, Flynn took out a massive loan to produce his own film based on the Swiss folk hero William Tell. The production was a fiasco and he was left totally broke after only 30 minutes of the film was complete. Flynn had no money and no acting prospects on the horizon. He continued to take on small roles until he scored some success as Mike Campbell in the 1957 film adaptation of Ernest Hemingway’s The Sun Also Rises, starring Tyrone Power and Ava Gardner.
In 1959, Flynn headed to Vancouver, British Columbia to sell his yacht for some much-needed cash, but he soon fell ill and died of a heart attack days later. Doctors who examined his body claimed that the 50-year-old actor had ravaged his body with so much alcohol that he resembled a 75-year-old.
More from us: How Patty Duke’s Son Sean Astin Found Out Who His Real Father Was
Following in his father’s footsteps, Errol Flynn’s son Sean tried to start his own acting career but after a couple of failed attempts at making it big, he instead chose to become a photojournalist. Sean Flynn was known as a fearless photographer while he covered the Vietnam War until he disappeared in Cambodia in 1970.
« ‘I Wanted to Leave Something of Rocky for My Children’ – Sylvester Stallone Opens Up About Iconic Film Franchise
Clementine and Winston Churchill’s Enduring Relationship »