Why Are People Still Partying on Plantations?

Weddings are some of the most profitable opportunities for local attractions, especially places of historic significance. In the United States, the average wedding costs $34,000 dollars, with $28,000 of that number spent on the ceremony and reception costs alone.

In the Southern US, plantations have traditionally been a popular wedding venue for couples looking to capture the historic beauty of grand houses, well-kept gardens, and sprawling live oak trees draped in Spanish moss. But the real history of plantations is far from pretty and well-kept, so why are people still hosting weddings and other events at plantations, and how does it affect these historic sites today?

Prior to the Emancipation Proclamation of 1863, thousands of grand plantation estates bore witness to the horrific violence of slavery. Now, major wedding resources like The Knot and Pinterest have stopped promoting plantation wedding venues in an effort to re-infuse the important history of slavery that has been erased over the last 150 years. 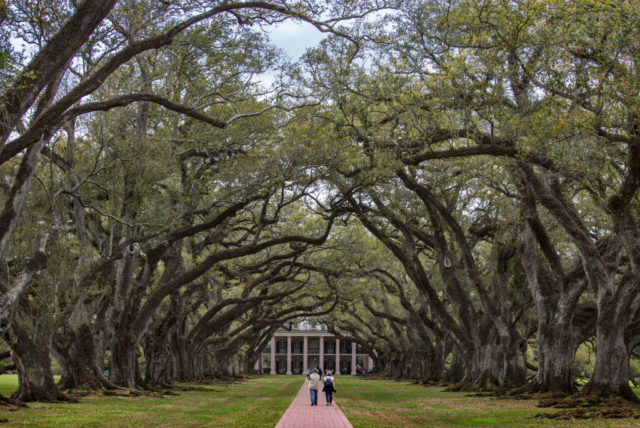 A recent Reddit post went viral for resharing a story about a company that threw a corporate retreat event at a plantation in Alabama. Part of the event included a “period accurate” costume ball – in the style of Gone With The Wind. But the only Black employee to attend the retreat came dressed as a slave, his own “period accurate” interpretation of the party. 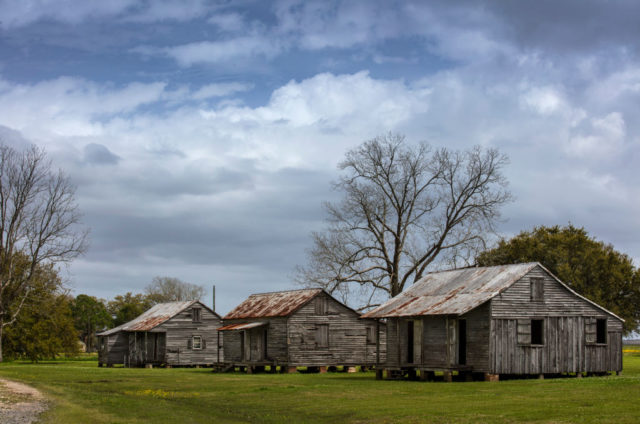 Slave quarters on the St. Joseph Plantation in Vacherie, Louisiana which was once owned by the wealthiest men in the South. (Photo Credit: Barry Lewis / InPictures via Getty Images)

Color of Change, a non-profit organization that advocates for racial justice, published a petition on their website explaining exactly why hosting parties at plantations should be a thing of the past:

“Marketing plantations as ‘classic’ or ‘timeless’ places to celebrate a big day communicates a clear message to your Black clients and readers: that their suffering is something to be celebrated, if not completely erased. Plantations are former forced labor camps that brutalized and murdered millions of Black people in this country—they are not party spaces.” 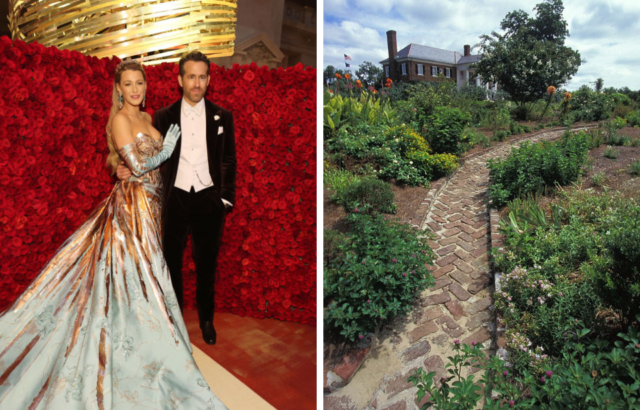 It wasn’t until 2018 that Reynolds and Lively were forced to address the hurt that their wedding caused the Black community. “It’s something we’ll always be deeply and unreservedly sorry for,” Reynolds told Fast Company. “It’s impossible to reconcile. What we saw at the time was a wedding venue on Pinterest. What we saw after was a place built upon devastating tragedy. Years ago we got married again at home—but shame works in weird ways.”

Lively and Reynolds donated $200,000 to the NAACP as part of their apology. Announcing the donation on social media, the couple talked about their ongoing education about racism: “We want to educate ourselves about other people’s experiences and talk to our kids about everything, all of it . . . especially our own complicity.”

Gone with the ‘good ‘ole days’

Popular tropes surrounding plantations, like what Reynolds and Lively perceived before their wedding, often stem from the romanticism of the South in the antebellum period famously portrayed in Gone With the Wind. Historian Kellie Carter Jackson told The New York Times, “You want to have a Southern antebellum wedding — where does that come from? People will say they haven’t seen [Gone With The Wind]. But they have seen it — just not in its original form.” 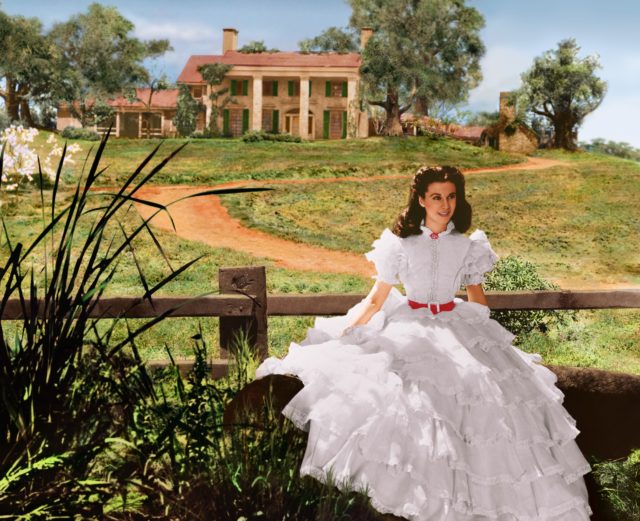 A publicity still of Vivien Leigh as Scarlett O’Hara in Gone With The Wind, 1939. (Photo Credit: Warner Bros. Pictures / Metro-Goldwyn-Mayer via MovieStillsDB)

In the 1939 film adaptation of the classic novel, the main character Scarlett O’Hara (played by Vivien Leigh) is a Southern belle who falls victim to the economic deterioration of the plantation system during the Civil War. O’Hara’s character is often seen by critics as a personification of the “Good ‘Ole Days” where life was easy and profitable for white slave owners, a common sentiment among Confederate supporters.

The reality of plantation life was far from ideal: “A plantation is an economic system, a business, in which its profitability is linked to the forced labor of enslaved people,” says Dr. Joy Banner, director of communications at the Whitney Plantation, a Louisiana-based museum dedicated to sharing the history of slavery. “Plantations are the sites of violence and brutality; an enslaved labor camp with a pretty house on it.” 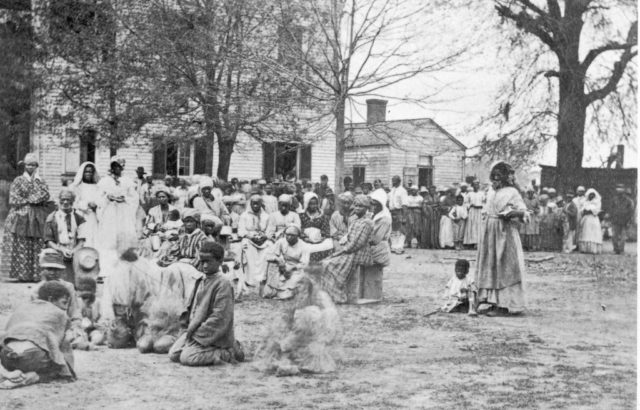 Many of these plantations kept more than 100 enslaved people on their property. The day-to-day lives of these slaves were plagued by horrific living conditions, violence, and abuse. According to the Whitney Plantation’s website, the abuse slaves endured was at the expense of their owners: “Enslaved people led a grueling life centered on labor. They worked from sunup to sundown, to make life easy and enjoyable for their enslavers.”

The grandeur of the plantation mansions was usually made possible by the free labor slaves were forced to provide for slave owners. Yet many modern plantations have torn down former slave quarters and other evidence of slavery to restore the “Southern charm” of the estates to sell a comfortable narrative to visitors.

But other sites claim that opening their doors to weddings and other events brings in vital funds needed to keep these historic places from falling into disrepair. Without keeping museums and commemorative sites at plantations, like the Whitney Plantation, up and running, then the already dwindling memory of the real experiences of slavery. 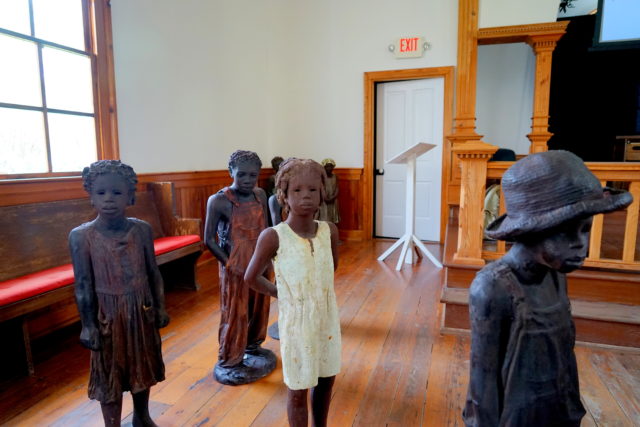 Statues of children can be seen placed through the buildings of the Whitney Plantation and Museum in Louisiana. The statues help visitors to visualize the many enslaved people who lived and died at the plantation. (Photo Credit: Cheburashka007 via Wikimedia Commons / CC BY-SA 4.0)

In a Buzzfeed News article, African-American author Clint Smith shared how he felt seeing a wedding while visiting a plantation: “In a gazebo where people swore their love to one another, all I saw was a place that had consigned my ancestors to bondage. I saw a place that swore we were not worthy of celebrating the very thing so many people came here to enjoy.”

Is there a way to put an end to harmful parties without hurting plantation caregivers? Perhaps those wanting to financially support the programs and conservation happening at a plantation site could make a donation, while others looking to book a wedding could seek out other venues with similar architecture to maintain the historic legitimacy of Southern plantations and continue to allow space for healing and reconciliation.

More from us: 11 Weird Wedding Traditions That Would Make Modern Brides Say ‘I Don’t’

Ultimately, plantations can be an important site to help teach visitors about the ongoing legacy of slavery and racism in the United States. Dr. Banner told Town & Country Magazine how plantations can help confront racial trauma: “These spaces have a huge opportunity to become places for learning. There is history here. They can be spaces to help each other address the trauma and heal.”