The Most Eccentric Last Meal Requests From Death Row Inmates

The death penalty has been implemented by many different countries around the world at various times in human history. When an individual is given this sentence, it is usually for severe crimes. Customarily, the inmate is given a last meal before their execution, which they get to select for themselves – within reason, of course.

While many inmates chose a simple, generally upscale meal, some have had less traditional choices. Whether they’re merely strange or totally over-the-top, these are some of the most eccentric last meal requests on record.

Christopher Brooks was sentenced to death by lethal injection in 1993 for the murder and abuse of Jo Deann Campbell, a 20-year-old woman, the year prior. He spent 22 years on death row, while appealing his sentence at various points over the years. 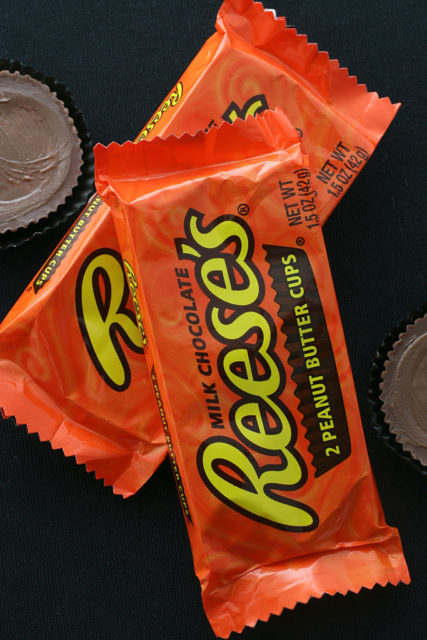 Peanut Butter Cups were part of the last meal that Christopher Brooks asked for when he was on death row. (Photo Credit: The Washington Post/ Getty Images)

It wasn’t until 2016 that he was given his last meal before being executed in Alabama. His last meal was small, and very specific, as he asked simply for two peanut butter cups and a Dr. Pepper.

Infamous serial killer John Wayne Gacy was arrested in 1978, accused of 33 murders. Also known as “the Killer Clown,” he was an entertainer at children’s birthday parties and committed some murders dressed the same way. He tried to plead innocent by reason of insanity but was ultimately found guilty on all counts and sentenced to death. 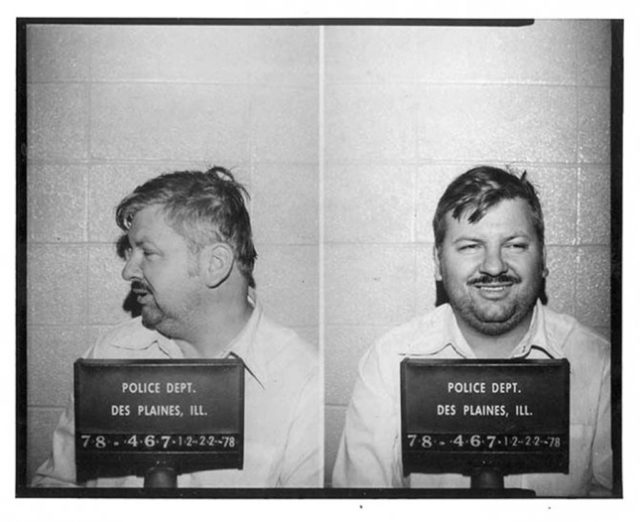 He was executed by lethal injection in 1994, after receiving his last meal. He asked for an extensive spread: 12 fried shrimp, a bucket of original recipe KFC, french fries, and one pound of strawberries.

Although Victor Feguer isn’t as well known as some of the death row inmates on this list, he has become famous for his final meal request. He was convicted of murdering a doctor, Edward Bartels, after kidnapping him and taking him from Iowa across the border to Illinois. He was charged federally because he had taken his victim between US states. 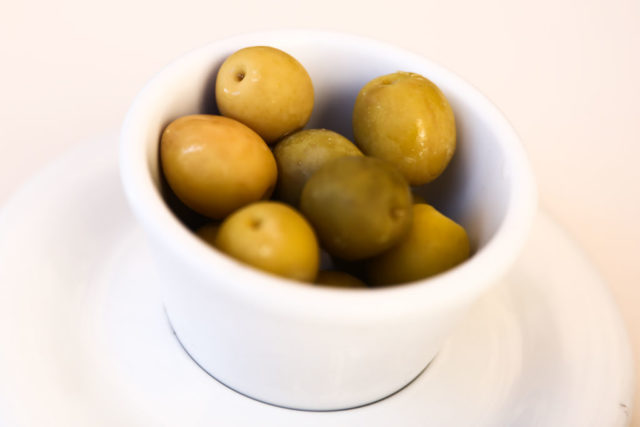 Victor Feguer asked for a single olive for his last meal, with the pit in. (Photo Credit: Jakub Porzycki/ NurPhoto/ Getty Images)

He was executed by hanging in 1963 after he had his last meal, a single olive with the pit in it. As strange as his request seems, his rationale for it was because he hoped that an olive tree would grow from his grave as a symbol of peace. 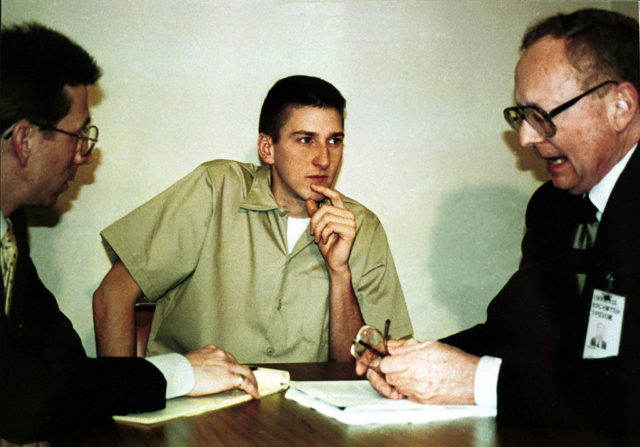 McVeigh became the first federal prisoner to be executed since 1963 on June 11, 2001. For his last meal, he asked for two pints of mint chocolate chip ice cream.

Stephen Wayne Anderson was sentenced to death by lethal injection in 2002 for the murder of Elizabeth Lyman. He also killed at least eight other people, some of which were contract kills, and one was an inmate in the prison where he was held before his execution. 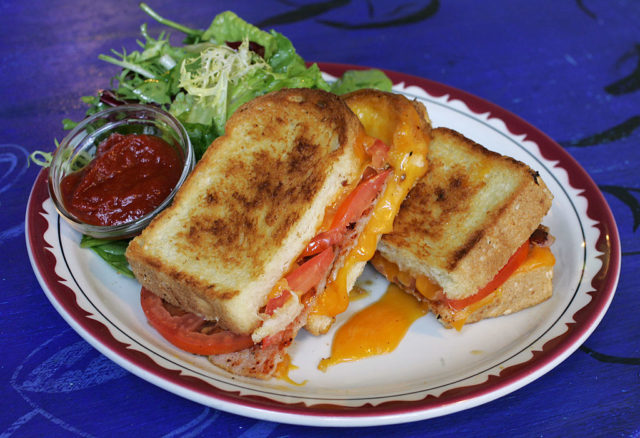 Grilled cheese was one of many items that Stephen Wayne Anderson asked for as part of his death row meal. (Photo Credit: Steve Russell/ Toronto Star/ Getty Images)

Ronnie Lee Gardner was sentenced to death for killing an attorney, Michael Burdell, when he tried to escape from a courthouse. He was there on trial for killing Melvyn John Otterstrom during a robbery. Gardner also shot George Kirk, who died 11 years later from his injuries. He was killed by firing squad, which he chose over lethal injection. 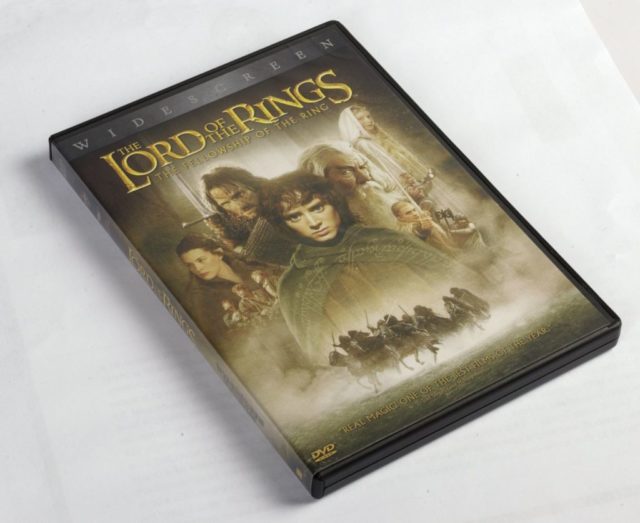 At first glance, Gardner’s last meal seems very typical. He asked to have a lobster tail, steak, and apple pie with vanilla ice cream. However, it’s what he wanted to do while he ate that makes his meal so eccentric. He asked to eat his feast while watching the entire Lord of the Rings trilogy.

Although the other death row meals were eccentric and over the top, there is another that deserves to be mentioned, although it can hardly be called a meal. A German man named Mathias Kneißl was placed on trial in 1901 for two murders, attempted murder, armed robbery, and extortion. 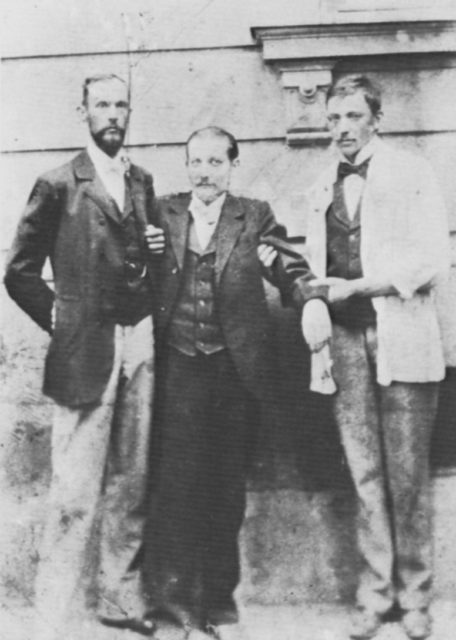 He was found guilty and was sentenced to death for the murder charge, to which he responded “Well, that’s a good start of a week.” Before his death in February 1902, he was able to choose his last meal. He requested six glasses of beer.

Unlike Kneißl, Steven Woods went all out when it came to his final meal. He asked for two pounds of bacon, a large four-meat pizza, four fried chicken breasts, two drinks each of Mountain Dew, Pepsi, root beer, and sweet tea, two pints of ice cream, five chicken fried steaks, two hamburgers with bacon, fries, and a dozen garlic breadsticks with marinara on the side.

Woods was sentenced to death for his involvement in the murders of Ronald Whitehead and Bethena Brosz. He maintained his innocence until death, blaming it on his friend Marcus Rhodes who, although he pleaded guilty, was sentenced to life.

Nicola Sacco and Bartolomeo Vanzetti were Italian-born anarchists who were sentenced to death for the robbery of a shoe company in Massachusetts and the killing of a guard during the robbery. On July 14, 1921, they were convicted of their crimes and sentenced to death. 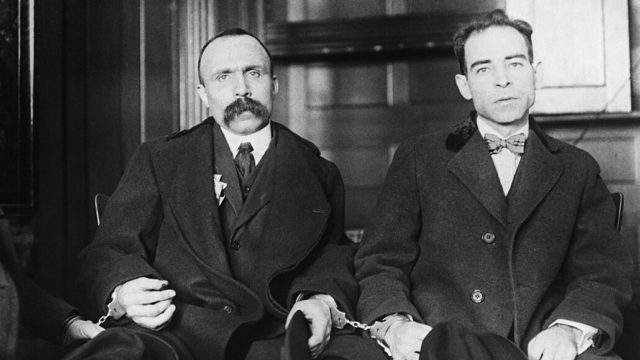 Unlike Woods, who was very specific with his request, Sacco and Vanzetti were pretty vague with their last meal request. They simply asked for soup, meat, toast, and tea.

James Edward Smith was sentenced to death for shooting and killing a bank manager during an attempted robbery of the Union Life Insurance Company in the International Trade Center in Houston, Texas in 1983. During the robbery, Larry Rohus, the manager, was shot twice. Although Smith initially escaped, he was eventually caught, tried, and sentenced to death. 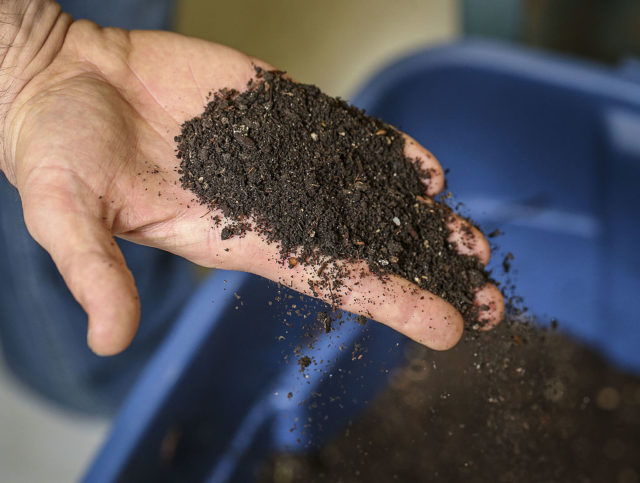 A handful of dirt, what James Edward Smith asked to have for his last meal on Death Row. (Photo Credit: David Cooper/ Toronto Star/ Getty Images)

Undoubtedly, Smith has the most eccentric last meal. He asked for rhaeakunda dirt as his last meal so that he could use it for a voodoo ritual. The prison refused, as dirt was not on their list of approved foods. Instead, he was given a yogurt cup.