Since the infamous sinking of the world’s first “unsinkable” ship, the wreck of the RMS Titanic has been slowly decaying. For Titanic fans and researchers looking to make the pilgrimage to the wreck at the bottom of the Atlantic, time is running out.

Deep Ocean Expeditions accomplished their first deep-sea dive to visit the Titanic in 1998, and continued the expeditions until 2005. To mark the 100th anniversary of the disaster, Deep Ocean announced one final trip in 2012. For just $59,000 dollars, anyone could travel the 12,600 feet to the historic wreck and become one of 250 people to ever see the wreck with their own eyes. 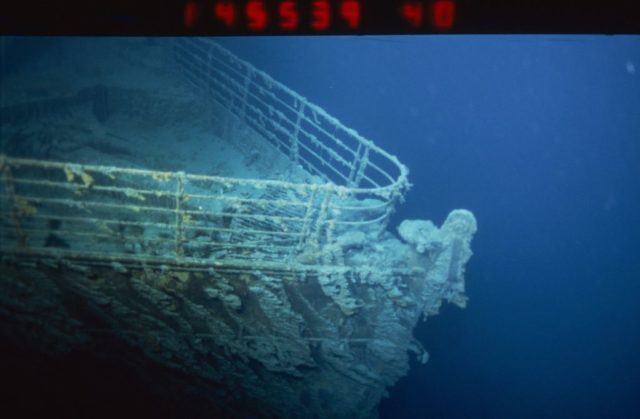 The bow of the Titanic, photographed in 1996. (Photo Credit: Xavier Desmier / Gamma-Rapho via Getty Images)

“I think one thing that captures people is a direct link to this almost mythological maritime character, the Titanic,” Rob McCallum of Deep Ocean Expeditions told National Geographic, “Being able to go and actually see it and pay homage to it, if you like, is an incredible aspect of this expedition.”

The conditions of the ocean water combined with bacteria are slowly eating away at the Titanic wreck, which continues to decay further each year. The ship’s iconic crow’s nest has fallen, and the railing along the bow of the ship could break apart any day. 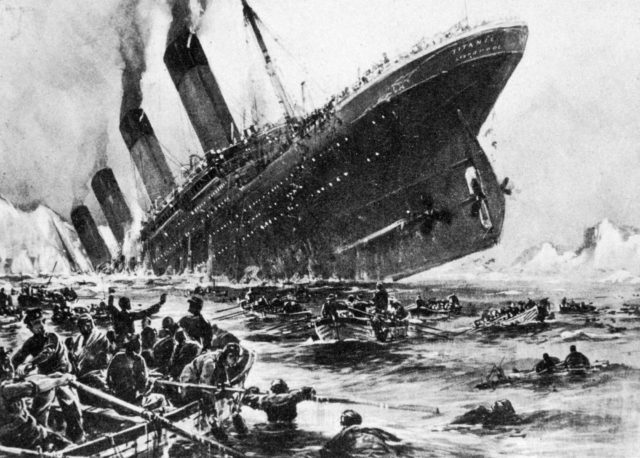 The company OceanGate is planning a new expedition to the Titanic ruins that will take place in the summer of 2022. The expedition provides researchers and curious citizens with the chance to aid in assessing damage, 3D imaging, photography, communication, navigation, and dive planning. Each ticket costs a whopping $125,000, a small price to pay for the trip of a lifetime.

The two-and-a-half-hour trip down to the Titanic wreckage isn’t your standard vacation boat trip. The underwater pressure on the ocean floor is roughly 5,541.9 pounds per square inch, enough to explode the submersible vessels used in the expeditions if even a small hole or scratch occurs.

The submersible vessels can only fit three people. Each expedition takes roughly eight to ten hours round trip, and with limited space, basic amenities like a private bathroom are out of the question. 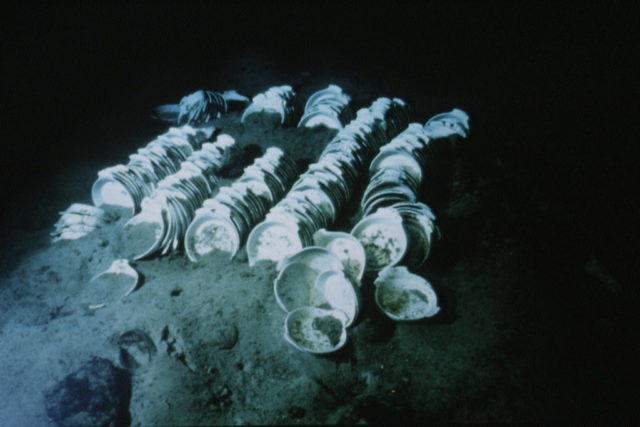 Dishes from the wreck of the Titanic. (Photo Credit: Mathieu Polak / Sygma via Getty Images)

While the research expedition promises to help document and preserve the disappearing wreckage, it also poses a serious threat to the already fragile historic artifact. Many historians and advocates disagree with frequent expeditions to the ruins – not only to protect what remains of the Titanic but also to respect it as a graveyard for the 1,160 people who were never recovered after the disaster.

Are these trips doing more harm than good?

The lack of controlled access to the wreckage also leaves the Titanic vulnerable to looting, littering, and damage. To date, thousands of artifacts have been taken from the ship by treasure hunters. Even though it is now a UNESCO heritage site, the Titanic is located in international waters, making it impossible to protect the site from greedy aquatic graverobbers. 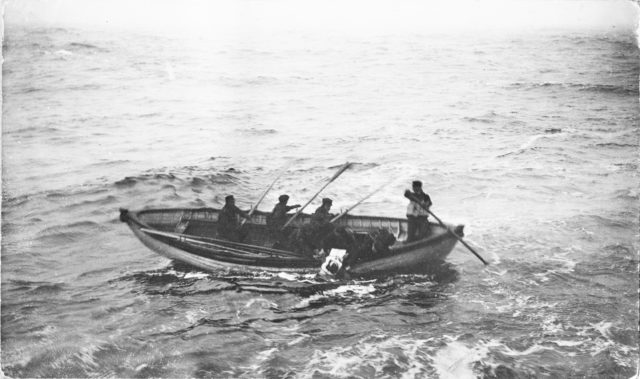 The president of the Titanic Historical Society, Edward Kamuda, explained why treating the wreckage as a tourist destination is harmful:

“To us it’s a grave site—why disturb it any further?” he said. “One couple went down and got married at the site. There will be cruise ships going out there for the anniversary and drinking champagne and that sort of thing… Is that an appropriate way to commemorate the sinking of this ship and the loss of all those lives?”

After 73 years, the wreck of the Titanic was finally discovered by oceanographer Robert Ballard in 1985 thanks to revolutionary robotic technology that allowed him to scan the sea floor. The discovery allowed historians to confirm that the ship broke into two pieces during the sinking. 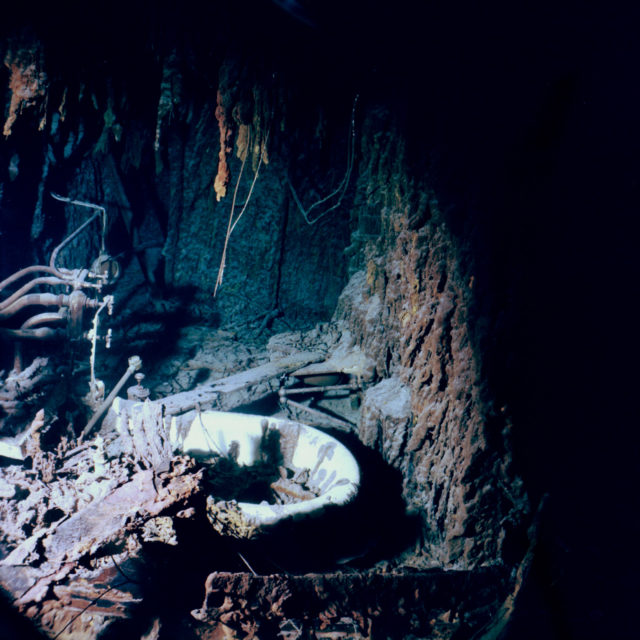 A view of the bathtub in Titanic Captain Edward Smith’s bathroom. Rusticles are observed growing over most of the pipes and fixtures in the room. (Photo Credit: Lori Johnston / NOAA-OE via Wikimedia Commons / Public Domain)

Initially, researchers hoped to raise the entire wreckage out of the water to conserve and display but they soon realized the rusted and broken hull was fragile to be moved. Instead, several parts of the Titanic would be removed from her resting place over the years. In 1996, Titanic Inc. attempted to remove a piece of the ship’s hull weighing over 11 tons from the ocean floor using rubber bags filled with diesel fuel that would float the piece to the surface.

Bad weather forced them to ditch the rescue effort, but two years later the artifact – referred to as “the big piece” – was successfully pulled from the ocean and put on display in a traveling Titanic exhibit (it is now on display at the Titanic exhibit in Las Vegas’ Luxor Hotel).

For those who can’t afford the $125,000 ticket to see the Titanic, several replicas are in the works! Two are currently being built. The Titanic II in Australia has been delayed for six years but is expected to launch from Southhampton, England in 2022. The replica ship cost a whopping $500 million dollars to build – that’s $300 million more than the original Titanic in comparison. 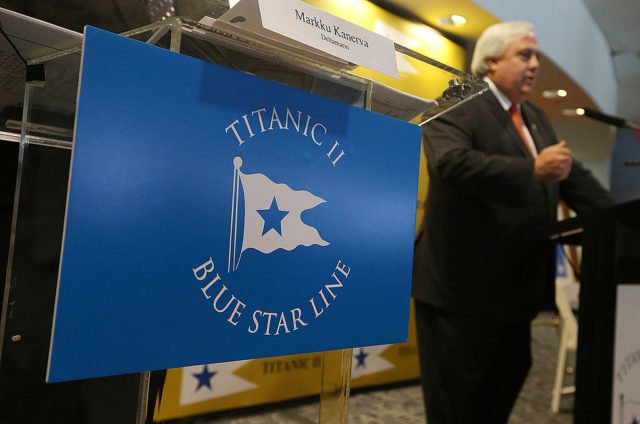 The second Titanic replica is being built 1,000 miles inland in China using the original blueprints to ensure the ship is as close to the original as possible. Unlike Australia’s Titanic II, this one will remain inland at a resort. The proposed replicas could help to preserve the original Titanic by providing fans with the chance to see the famed ship without disturbing the fragile wreckage.

OceanGate Expeditions is currently planning a 2023 dive to the Titanic wreckage and recruiting the public to become “mission specialists.” It looks like there is at least one more chance to see the Titanic before she disappears for good!