How The Addams Family Has Been Re-Cast Over the Years

Debuting in The New Yorker as a cartoon in 1938, the Addams Family found themselves on a television series in 1964. Later, in the 1990s, a film series re-popularized the deranged family. Since then, the franchise has continued to be a success, coming out with a cartoon film, The Addams Family, in 2019. Many of the characters have remained the same over the almost century that the family has existed. Let’s take a look at how the characters have been recast over the years ahead of the 2022 Netflix television series, Wednesday. 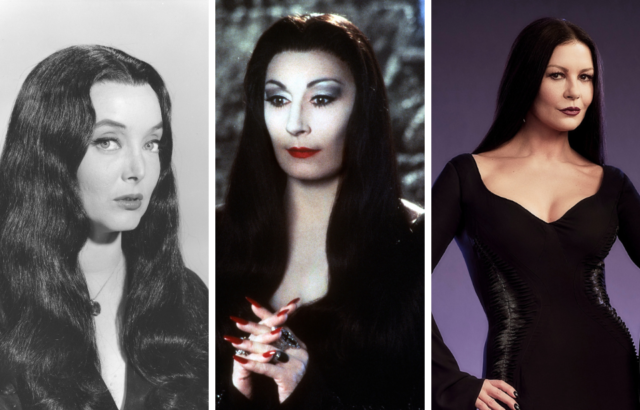 In the original television series, Morticia was played by Carolyn Jones. This version of Morticia knitted, played the shamisen, raised carnivorous plants, and chopped the buds off roses so all that remained were the thorns. She wore a long black dress that spread into what looked like tentacles on the floor, and her hair was long, straight, and black.

The 1991 remake featured Anjelica Huston as Morticia, who was not a far cry from the original version. This Morticia was dressed the same, raised carnivorous plants, and chopped the heads off of roses. She always had a light shining across her eyes to evoke an ominous mysteriousness around her.

In the 2022 Netflix series, Morticia is played by Catherine Zeta-Jones and from the looks of it, she going to make an excellent Morticia. 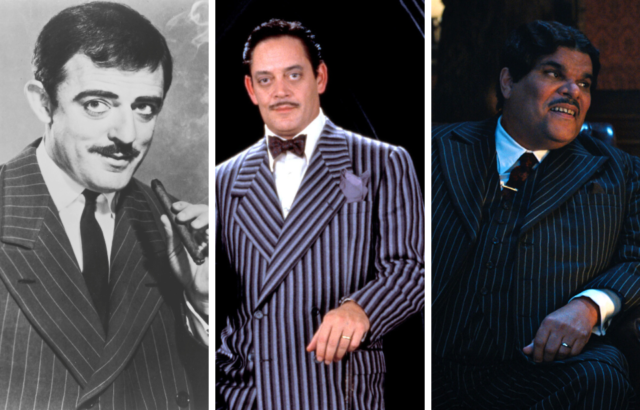 The 2022 series also kept the family patriarch looking much the same, with Luis Guzmán sporting a nearly identical look to both of his predecessors – a perfect Gomez. 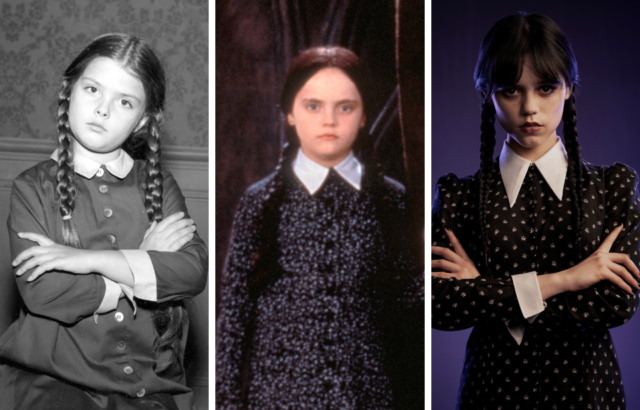 Wednesday Addams was originally quite a young little girl. She was played by Lisa Loring in the 1964 television series and her character was a strange but kind-natured child. The 1991 Wednesday was played by Christina Ricci and she seemed to be slightly older than the original. This version of Wednesday was far more morose and playfully evil. Both versions of Wednesday sported the same pigtail braids and white-collared black dress. Wednesday was a secondary character in both of these versions.

In the new series, Wednesday is played by Jenna Ortega, who as a teenager is older than both the 1964 and 1991 versions of the character. And though she sports the same pigtail braids and collared dress, she seems far more sinister and appears to be the show’s main character. 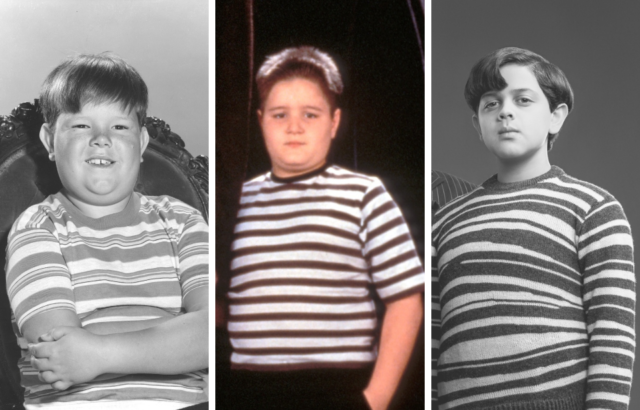 Pugsley’s look has stayed pretty much the same throughout the entire Addams Family franchise. Originally played by Ken Weatherwax in the 1964 sitcom, he was a chunkier kid with a striped shirt who was sweet but still deranged, fitting in perfectly with his family. In the 1991 film, Pugsley was played Jimmy Workman and was a near-spitting image of his predecessor.

In the 2022 series, Pugsley is played by Isaac Ordonez, who has a darker head of hair but still sports the same striped shirt, and quite frankly looks like he could genuinely be the child of the actors portraying his parents. 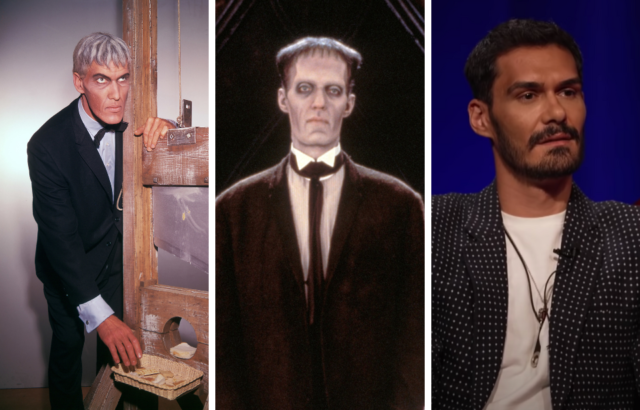 Lurch is the loyal butler for the Addams Family, who speaks mostly in groans. He is extremely tall and ominous and gives off a Frankenstein-like appearance. He was originally played by Ted Cassidy, whose makeup made him look extremely gaunt and sunken in. The 1991 Lurch was played by Carel Struycken who fit the role perfectly. Lurch was once again an extremely gaunt-looking, tall butler who spoke only in grunts.

In the new series, Lurch will be played by George Burcea, who looks surprisingly similar to Struycken. With such an iconic role, we hope he can remember his lines! 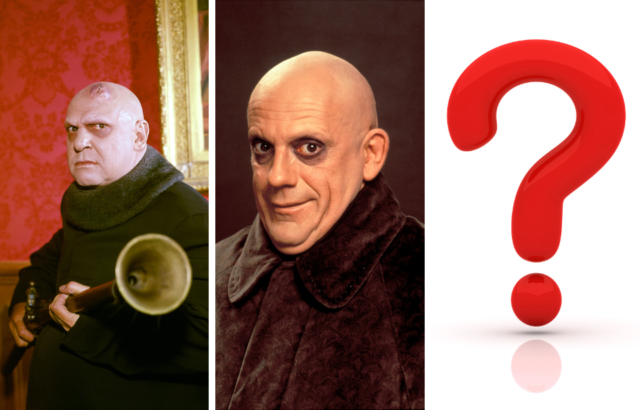 Uncle Fester from 1964 and 1991. The actor playing Uncle Fester in the upcoming series, Wednesday, has yet to be announced. (Photo Credits: 1. Filmways Television / MoviePics1001 via MovieStillsDB 2. Paramount Pictures / Scott Rudin Productions / Bane via MovieStillsDB)

Originally played by Jackie Coogan, Uncle Fester was Morticia’s uncle. He loved being stretched on a wooden torture rack and wore a floor-length black robe. Christopher Lloyd played Uncle Fester in the 1991 remake, and his character was a main player in the film’s plot. With a bald head and sunken eyes, Lloyd bore a striking resemblance to Coogan’s original character.

Although the actor playing Uncle Fester in the upcoming series has yet to be announced, many are speculating that it could be the return of Christina Ricci to the Addams Family franchise.