David Bowie Was Targeted By the Man Who Killed John Lennon

The shooting death of John Lennon shattered the music world. At the time of his murder, he was one of the industry’s most popular musicians, and his loss sparked worldwide mourning. Following the arrest of his killer, Mark David Chapman, it was discovered he’d had a second target: David Bowie. 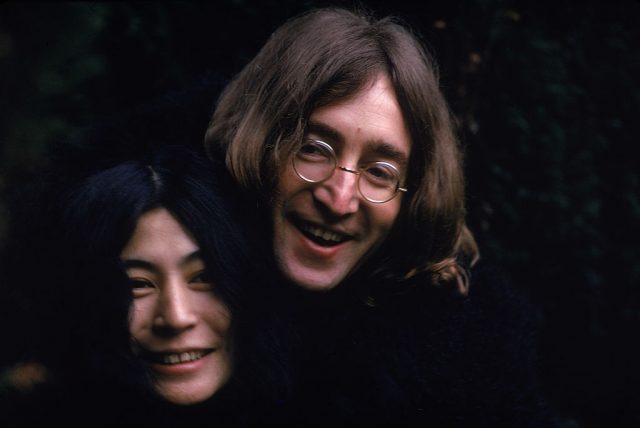 John Lennon was killed the evening of December 8, 1980. Mark David Chapman traveled to New York City to commit the crime, and spent the day staking out the Dakota Apartments. At 5:00 PM, he saw Lennon and his wife, Yoko Ono, leaving the building, and asked the musician to sign his copy of Double Fantasy. He obliged.

The couple returned at around 10:50 PM. As Lennon was exiting the limousine, Chapman got down on one knee and fired five shots at point-blank range, puncturing the musician’s lung and tearing his left subclavian artery. He was rushed to Roosevelt Hospital – now Mount Sinai West – where he was pronounced dead around 11:00 PM.

When police came to arrest Chapman, he was leaning against the exterior of the Dakota Apartments reading a copy of J.D. Salinger‘s The Catcher in the Rye. While he was being handcuffed, he admitted to the crime and stated he’d acted alone. 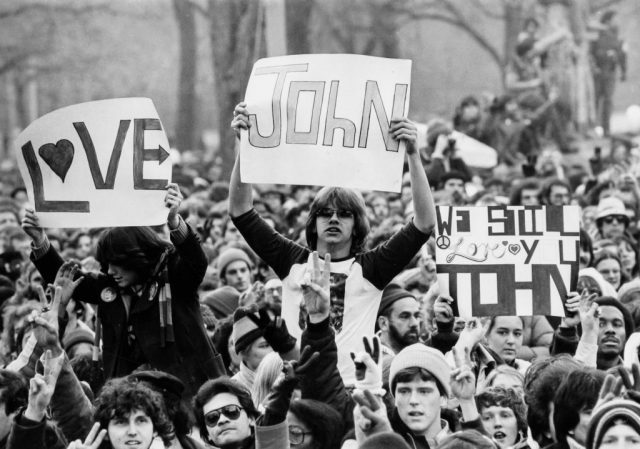 Mark David Chapman was a former fan of The Beatles, who’d grown upset with the way Lennon was portraying himself. While he’s given numerous reasons as to why he shot Lennon, the primary motive appeared to be his infamous remark that the band was “more popular than Jesus,” and what Chapman felt were the hypocritical lyrics in his songs “God” and “Imagine.”

He once said, “He told us to imagine no possessions and there he was, with millions of dollars and yachts and farms and country estates, laughing at people like me who had believed the lies and bought the records and built a big part of their lives around his music.” 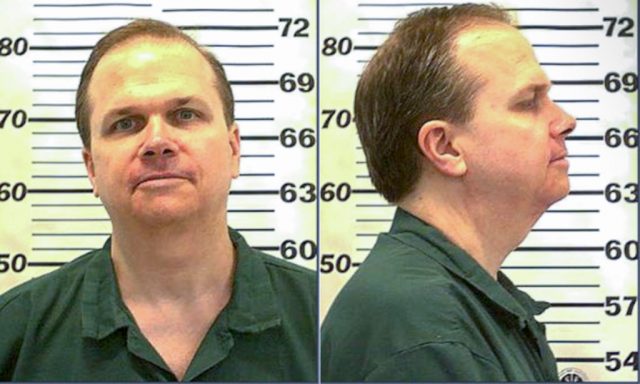 Lennon wasn’t the only celebrity Chapman planned to target. While many are aware he’d wished to murder Paul McCartney, Johnny Carson and Ronald Reagan, there is one particular star near the top of the list. In an off-the-record interview with Redbeard, the host of In the Studio, David Bowie revealed he too was on the list, saying, “I was second on his list, the detectives said.”

Bowie and Lennon were close friends, and had worked together on Bowie’s first Billboard #1, “Fame.” The two had met in late 1974, while Lennon was in his “lost weekend” period of separation from Ono. They jammed together, and in January 1975 decided to host a one-day recording session at Electric Lady Studios, where “Fame” was born.

Bowie later said Lennon was the “energy” and “inspiration” for the song, leading him to give his friend a co-writing credit. 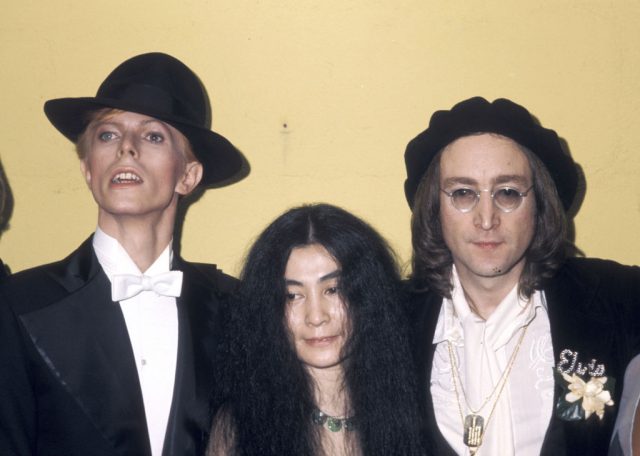 At the time of Lennon’s murder, Bowie was starring in the Broadway production of Bernard Pomerance’s, The Elephant Man. He’d joined the cast that September, and his performance was met with rave reviews. Unbeknownst to him, Chapman had purchased a ticket for the December 9 performance and had a program with his name circled in black ink.

“Chapman had a front-row ticket to The Elephant Man the next night,” he recalled. “John and Yoko were supposed to sit front-row for that show too. So the night after John was killed, there were three empty seats in the front row. I can’t tell you how difficult that was to go on. I almost didn’t make it through the performance.” 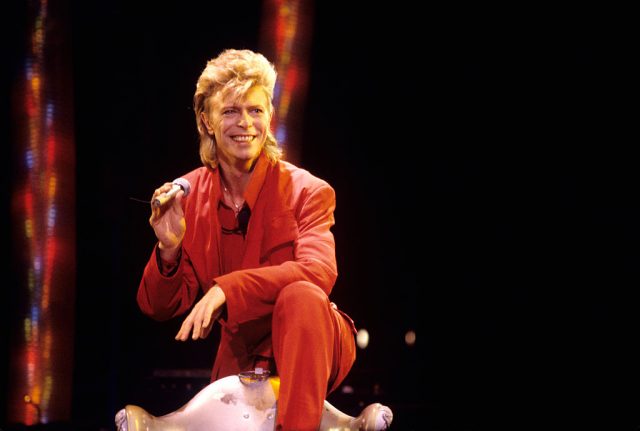 Chapman was convicted of second-degree murder for killing Lennon and sentenced to life in prison, with the possibility of parole after 20 years. Since 2000, he has been up for release 10 times, as it’s required he have a parole hearing every two years under New York state law. He’s been denied each time.

More from us: 20 Images Show the Many Personas and Wild Evolution of David Bowie

On the third anniversary of Lennon’s death, Bowie paid tribute to his late friend by performing “Imagine” at the Hong Kong Colosseum.

« Santa’s Bones Are Encrusted In Gold And You Can Check Them Out Before The Holidays!
Study Finds People Know ‘Game of Thrones’ Better Than Real-Life History »