Classic Movie Twists That Turned Our Universe Upside Down

Audiences like to be kept on their toes, so moviemakers have taken care to deliver staggering twists and turns over the decades.

Here are some of the classics from 20th-century cinema. And in case you haven’t guessed… spoiler alert!

Widely thought of as the greatest of all time, Orson Welles’ Citizen Kane has a standout twist ending. Throughout the film, characters ponder the meaning of Charles Foster Kane’s dying utterance: “Rosebud.”

Turned out that was the name of his childhood sled, showing the financial titan was human after all. Subconsciously, it “represented the simplicity, the comfort, above all the lack of responsibility in his home,” Welles said in a press statement, adding: “it stood for his mother’s love which Kane never lost.” 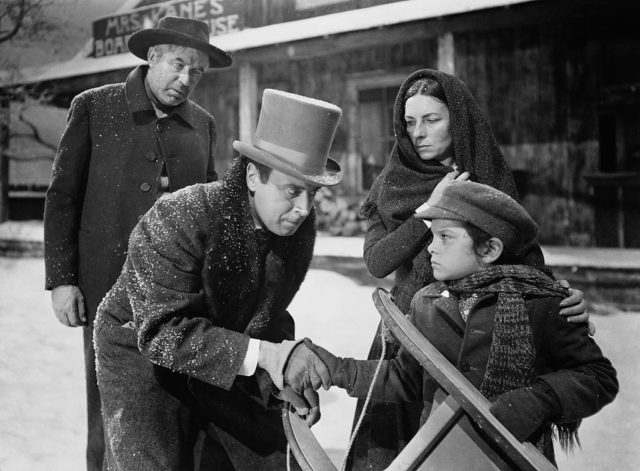 Based on a novel by the writing team Boileau-Narcejac, this shocking French thriller was nearly directed by Alfred Hitchcock in Hollywood. Henri-Georges Clouzot did the honors instead, though another of the authors’ books became Hitchcock’s Vertigo (1958). In Les Diaboliques, teachers Nicole and Christina plot to bump off dastardly headmaster Michel.

But accomplice Christina finds herself the victim when Michel rises from the grave. He and Nicole were the villains all along, leading Christina into a fiendish and fatal trap! 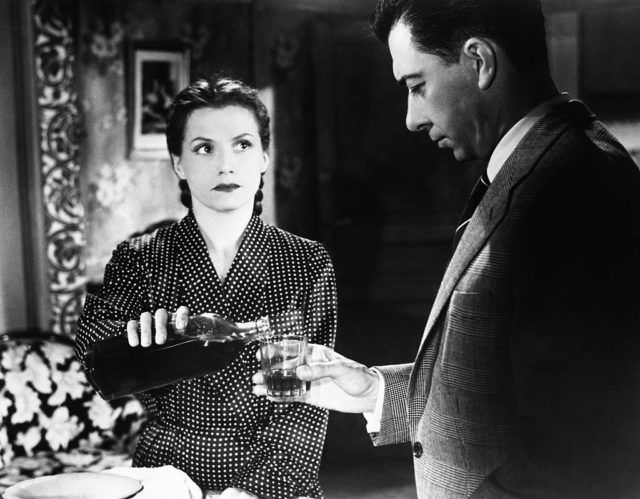 Alfred Hitchcock was clearly taken with Les Diaboliques. He and writer Robert Bloch had it in mind when making classic picture Psycho, based on Bloch’s novel.

The mother of all twists isn’t an overstatement here. For starters, there was the shocking and abrupt exit of Marion Crane in the shower. After that, it’s clear Norman Bates is dealing with a homicidal relative at his creepy motel. Though Hitch and co aren’t done with our nerves yet. The murderer is actually Norman himself, dressed in his Mom’s outfit and wielding a particularly sharp and pointy kind of loofah. Mommy went to Heaven (or Hell) a long time ago.

We maybe wouldn’t have had the end product without this literal slice of bloody action. Fellow director Francois Truffaut wanted to know the reason Hitchcock made this enduring chiller. The Master of Suspense stated: “I think the murder in the bathtub, coming out of the blue, that was about all,” as recalled by director Alexandre O. Philippe. He made a documentary focusing on the sequence titled 78/52 in 2017. 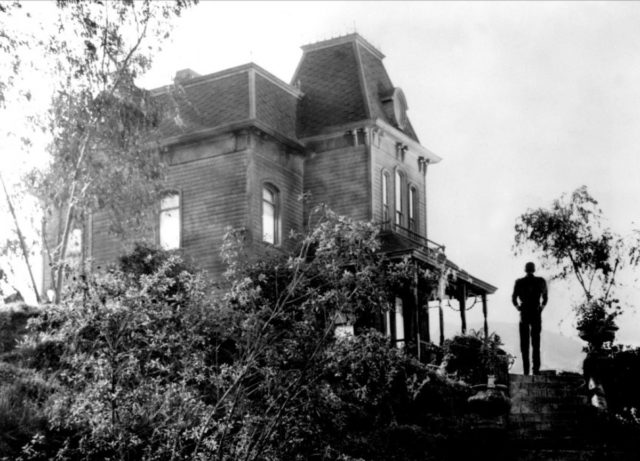 Space traveler Taylor (Heston) spends the film trapped on the mysterious planet of talking primates. But where is this place? The stark image of Lady Liberty sticking out of the sand reveals all. For Taylor, the sight is too much to take.

The Simpsons has spoofed a fair number of movie twists. Mr. Burns took the place of Orson Welles for a Kane-inspired episode. And of course, Planet of the Apes got the full treatment in a musical titled Stop the Planet of the Apes. I Want to Get Off! 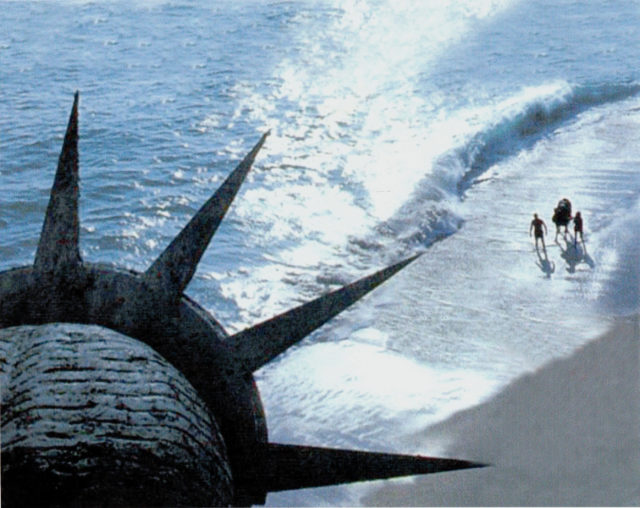 The Statue of Liberty as seen from the beach in ‘Planet of the Apes’ (Photo Credit: Twentieth Century Fox)

Heston clearly wasn’t done wrong-footing audiences because he came back with another barnstorming twist in Soylent Green, based on Harry Harrison’s book.

How to feed a starving population in a hellish future? Why, turn the people into food of course. Unbeknownst to the masses, their trusty Soylent Green is a little taste of home and then some. 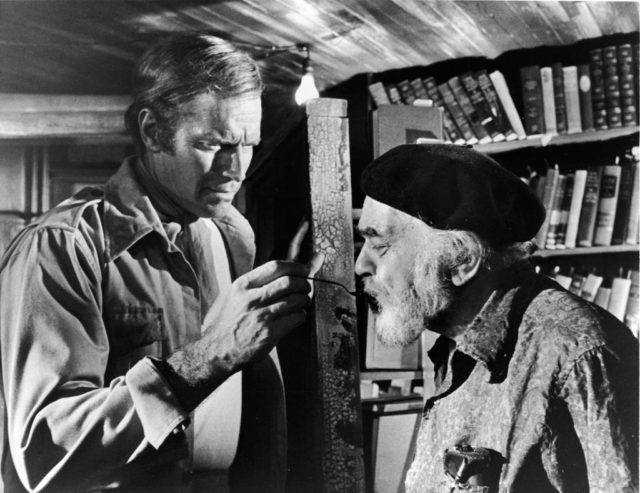 Director George Roy Hill reunited with Butch Cassidy stars Robert Redford and Paul Newman in a tale with more twists and turns than a bowl of spaghetti with extra eels.

The historical caper takes place against the backdrop of the Great Depression. That said, audiences’ spirits were lifted by the characters’ antics. Maybe they suspected the rug was going to be pulled out from under them in the end.

Far Out Magazine notes the Sting of the title “is actually multiple plans enacted at the same time.” As viewers watch agape, the stars “walk away into the sunset loaded with cash, fooling the racketeer along with the audience.” 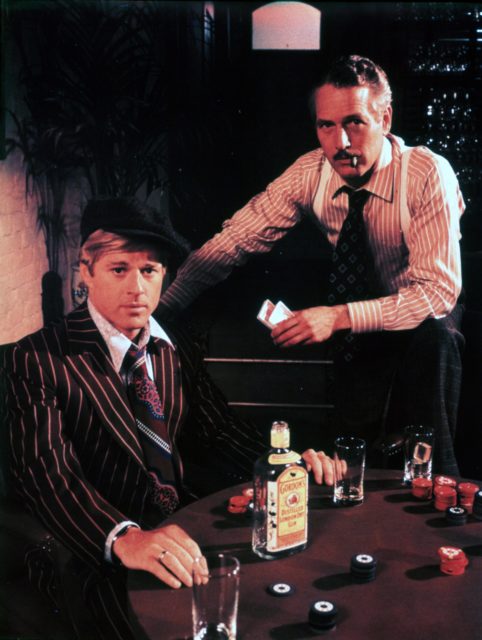 1973 was a vintage year for cinematic curveballs, it seems. Like your movie twists served ice cold? Then check out The Wicker Man, which has a way of turning up the heat. Sounds confusing? You should try being in the shoes of puzzled policeman Sgt. Howie.

All he wants to do is find a missing girl. Instead, he runs into a paganistic conspiracy. One that concludes with the jolting realization that Howie is to be sacrificed inside the impressive (and highly flammable) Wicker Man itself. People never looked at a barbecue the same way again! 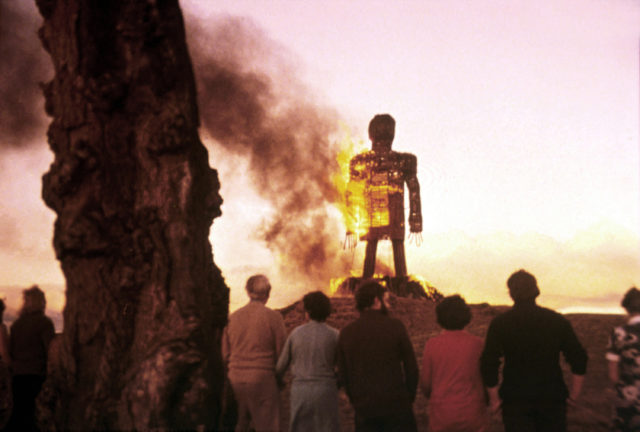 The following year, American director Sidney Lumet tackled the English queen of mystery, Agatha Christie. Murder on the Orient Express is one of her best-known novels. It also contains a rather sizeable twist that had readers then moviegoers choking on their hot dogs.

Who committed murder onboard the luxurious locomotive? Brace yourself… because they all did! All the main characters had their reasons for hating the victim, leading to a lengthy and shocking sequence where everyone gets a turn at stabbing the target of their hatred.

Detective Hercule Poirot was at the top of his game uncovering this amazing crime, buoyed by Albert Finney’s eccentric and spirited performance. 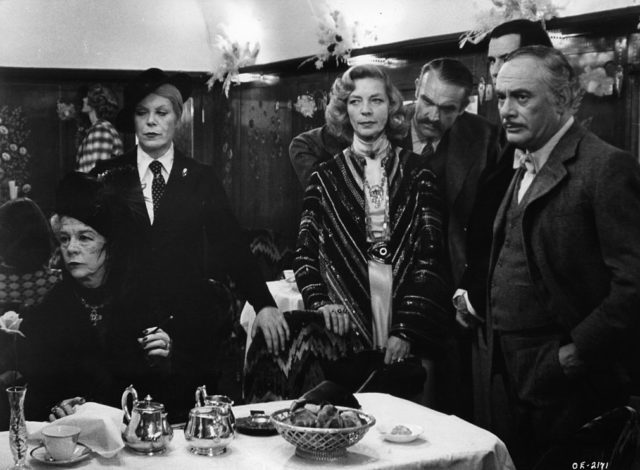 From left to right, Wendy Hiller, Rachel Roberts, Lauren Bacall and Martin Balsam at dinner in a scene from the film ‘Murder On The Orient Express’, 1974. (Photo Credit: Paramount/Getty Images)

Fans who took comfort in the exciting and optimistic adventures of Captain Kirk and crew were about to receive a shock in this highly-regarded sequel. The original Motion Picture may have been a little tame for some. No such issues with Nicholas Meyer’s follow up.

Everyone’s favorite Vulcan Mr. Spock was making a surprise exit after the Enterprise went up against old enemy Khan. Stars William Shatner and Leonard Nimoy dampened many a bucket of popcorn that year.

Quoted by USA Today in 2017, Shatner explained how he’d actually been misled into thinking this was curtains for his co-star. He felt sad to see his long-time friend depart. In fact, the stage was being set for Spock’s resurrection in Part 3. 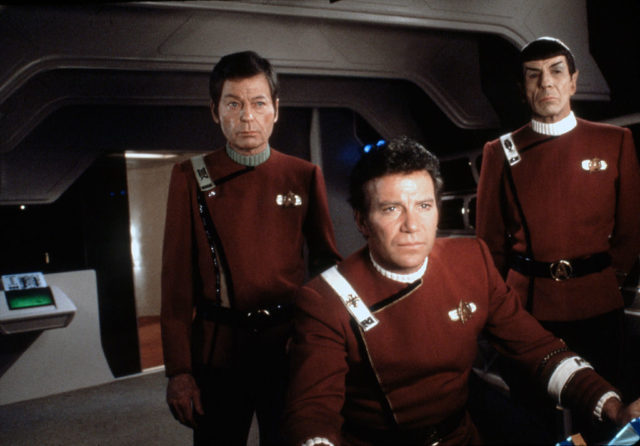 More from us: ‘Citizen Kane’ May Be A Classic Movie, But It Got Orson Welles in Hot Water with The FBI

Nimoy would also inherit the director’s chair from Meyer during The Search for Spock. “Leonard was so marvelous at working the territory that he got a directing job out of it,” said Shatner. The meaty twist was reportedly used to persuade Nimoy to come back to the franchise. His Starfleet superior may have felt left out of the creative loop – never mind, he got his shot later, directing movie no.5 The Final Frontier in 1989.