Movies From the Past That Told Us About 2022 and Beyond

A strange thing about sci-fi movies is that one day time catches up with them. For example, can you believe Blade Runner (1982) was set in the heady days of 2019?

What looked like a futuristic landscape has the edge taken off it, thanks to the actual year being quite average.

Now that 2022 has rolled around and nearly gone, what did films of the past say it would be like? And how about our immediate future? Prepare to enter a whole new dimension of bizarre predictions…

Charlton Heston starred in one of the most infamous flicks of all time. What is the futuristic food source of the title? As most are aware by now, the raw ingredients proved a little near the knuckle. Or, you might say, close to the bone! 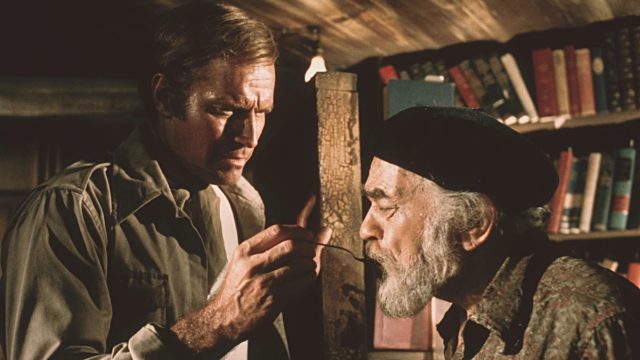 Back when a classic Star Wars revival was a glint in an Ewok’s eye, Billy Dee Williams took the starring role in this 1993 actioner about saucy goings-on in virtual reality. 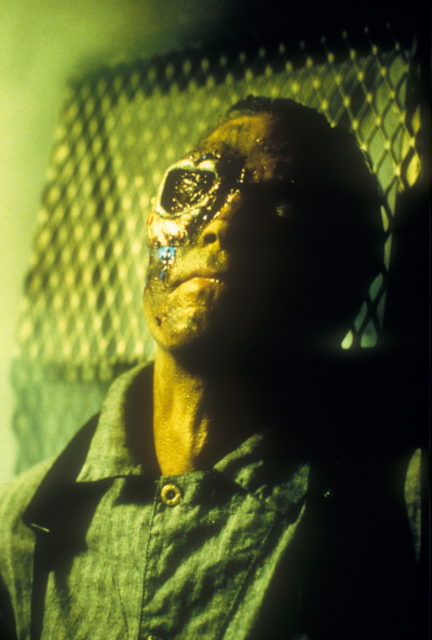 It isn’t fondly remembered! That said, the 2022 of Alien Intruder doesn’t seem too far from today’s technology.

While Lando was getting up to funny business in space, Luke was battling threats on Earth. Time Runner, starring Mark Hamill, was also made in 1993. Even more coincidentally, its story took place in a fictional 2022. 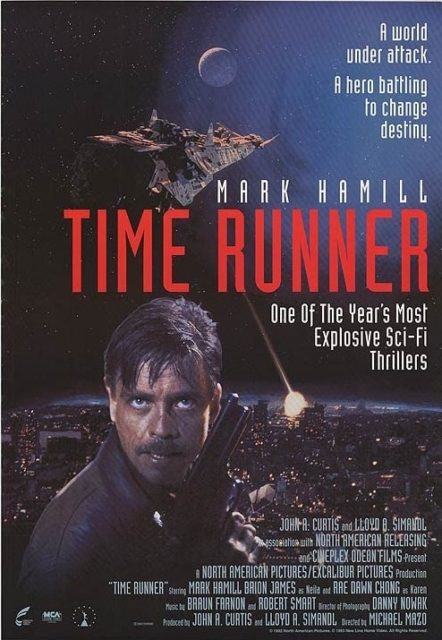 Screen Rant describes Hamill’s role as “a military captain who disappears into the past via a mysterious wormhole that opens shortly after aliens attack his space station.”

Winding up on terra firma, he finds himself caught in an otherworldly conspiracy. It probably wasn’t seeking to predict the future and, all things considered, that was probably a good job.

The first movie from 2013, about an infamous night where vicious crimes are legalized, made a grim impression on audiences. And after that first fright-fest set in 2022, a franchise followed.

Why is The Purge such an effective concept? The near-future setting helps. Creator James DeMonaco spoke to Den of Geek, where he mentioned the class and race-oriented messaging behind the splatter: “Underneath that, if the audience wants to get into the political thread, that’s there if they want to look at it.”

Amazon release The Tomorrow War, starring Chris Pratt, is a high concept sci-fi action fest that opens in 2022. No great shakes perhaps, given it came out in 2021, but still… the movie provides some interesting insights. 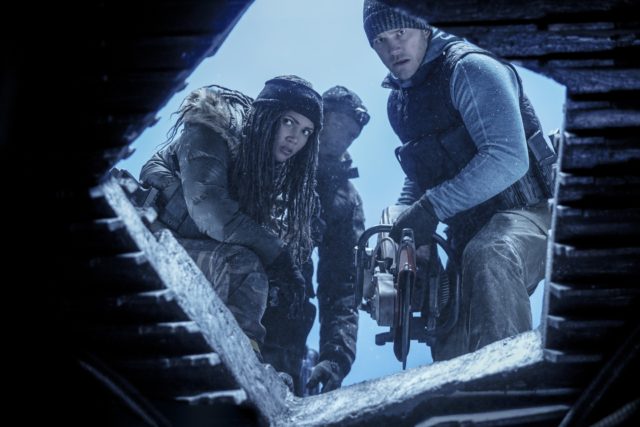 As Screen Rant notes, it takes sports fans into the thick of the action during the World Cup. Hopefully, the tournament will go ahead, though that’s arguably touch-and-go in the current climate. If things do get called off, we’ll at least have this fictional version to tide us over.

A Boy and His Dog

This curio from 1975 features some arguably outdated plot elements. Which is strange, seeing as it’s set in 2024. A Boy and His Dog was adapted from the novella by Harlan Ellison, written in 1969. 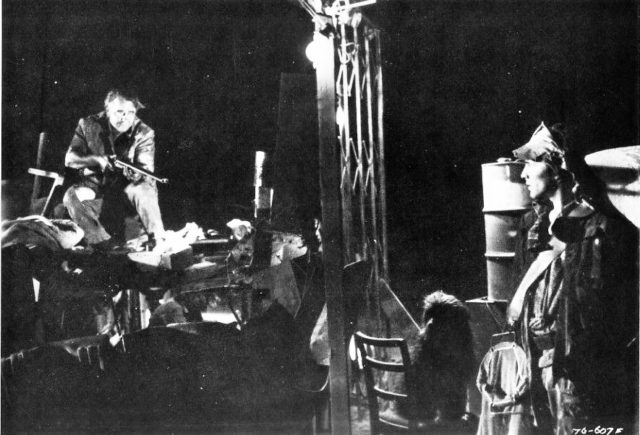 It presents our imminent future as ravaged by nuclear conflict. Not unconvincing, with world tensions always on the boil. Add a rogue teen, played by a young Don Johnson, plus his telepathic dog who sniffs out sexual partners for him (yes, really) and you have a recipe for futuristic mayhem.

Fast forward a year and we stumble upon a cult Italian sci-fi action flick from 1983. Endgame focuses on a devastated Big Apple and the warriors who battle for survival there in 2025. 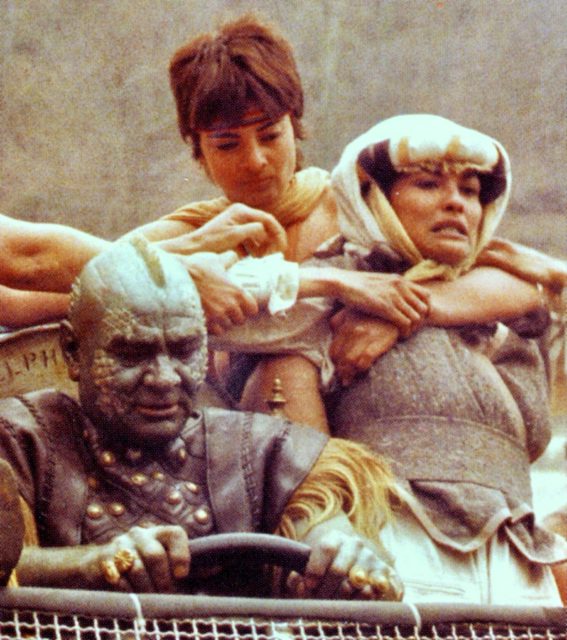 Containing bits of Mad Max, Rollerball and probably other films, it’s under the radar but known about by lovers of trashy cinema. Also, with its themes of commercial exploitation and nukes, you can’t say it has nothing to contribute about modern society.

The defining sci-fi silent epic Metropolis was brought to the screen by Fritz Lang in 1927. Was Lang trying to show us the chaotic world of Earth in the 2020s? Actually, he wasn’t. An unlikely figure who did, though, was music maestro Giorgio Moroder, who wanted to bring Metropolis back with a modern twist in 1984. 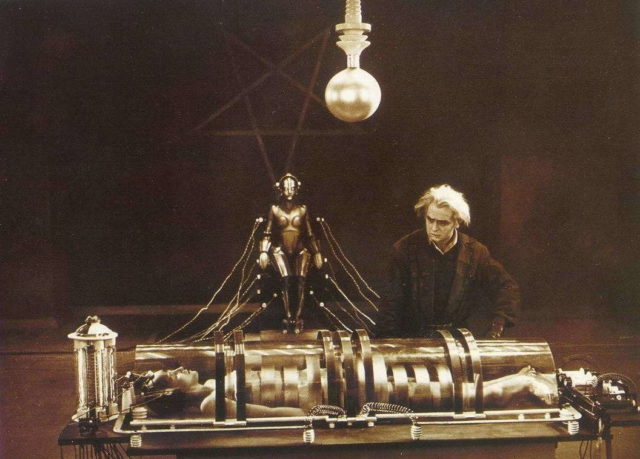 His highly edited take on Metropolis was colorized and featured music by Freddie Mercury and other chart-topping names. BFI describe the newer version – identified as taking place in 2026 – as “a fascinating relic in its own right”, linking “Lang’s geometric world of pistons, cogs, robots and skyscrapers to the futurist aesthetics of the synth pop era.”

Be it a production from the Roaring Twenties or Electric Eighties, Metropolis delivers a powerful message of class consciousness and the power of love to transcend.

Made in 1984, this cyborg-fueled classic introduced many an action fan to Arnold Schwarzenegger. He’d arrived in the then-present from 2029, targeting pivotal figure Sarah Connor (Linda Hamilton). 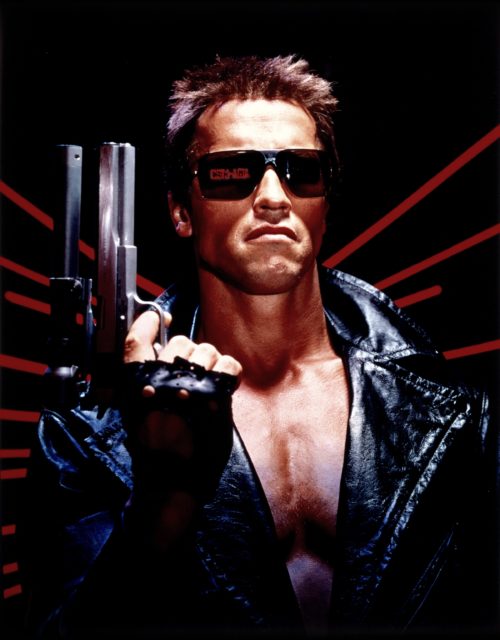 Is an AI takeover of the world happening in the next few years? It would have to in order for the idea to be prescient. Of course, key dates in the franchise history have already been missed. The lethal intelligence Skynet is supposed to have been activated back in 1997.

Director James Cameron reportedly conceived the idea whilst feverish and unconscious. Which we’re thinking is mild, compared to the process behind Terminator 2. Speaking to The Ringer, he was “sitting there once, high on E” when Sting’s track “Russians” helped sow the seeds of iconic character John Connor.

Stallone’s 1993 satirical action movie took an unreconstructed Sly and transported him all the way to 2032. There he faced an old school opponent in the shape of Simon Phoenix (Wesley Snipes), who also came from Stallone’s time period. 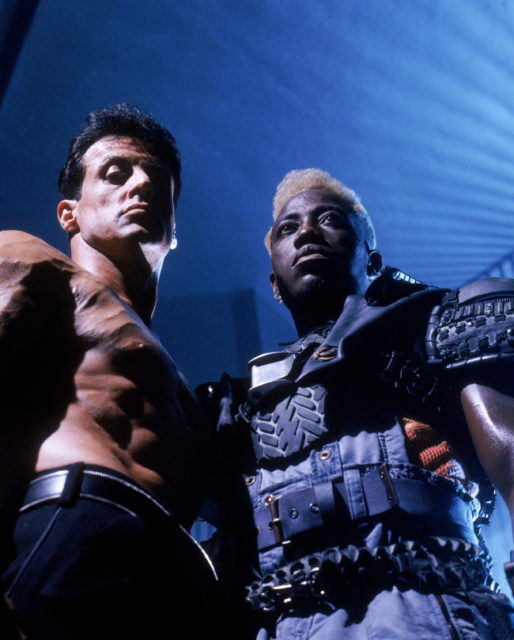 The pair duke it out against the backdrop of a squeaky-clean future, where violence and even bad language are outlawed. According to Gizmodo, the movie “predicted everything from corporate conglomerates to smoking bans—and now, social distancing” (sex in the future involving no body contact).

Writer Daniel Waters underplayed the screenplay’s surprisingly predictive nature. But that doesn’t take away from the fact that some movies about the future are on the nose, whether it’s intended or not.