A Landmark for Hungry Americans: The Decline of Howard Johnson’s

There are few restaurants as integral to mid-20th century America as Howard Johnson’s. It was a common sight along highways, providing families a place to grab a hot meal during their travels. Sadly, it has become little more than a memory, with just a single restaurant remaining until it was closed in 2022.

An innovative restaurant style is born

Howard Johnson’s was the brainchild of its namesake, Howard Johnson. After inheriting his father’s debts upon his death, the young Johnson decided he needed to seek opportunities outside of the family business of selling tobacco.

He opened his first eatery in 1925, selling ice cream and newspapers. Not long after, he acquired an ice cream recipe from a local German pushcart vendor, after which he began doubling the amount of butterfat in his own flavors. This meant his soft serve was smoother than his competitors, and he soon set up ice cream stands along roadways and beaches. 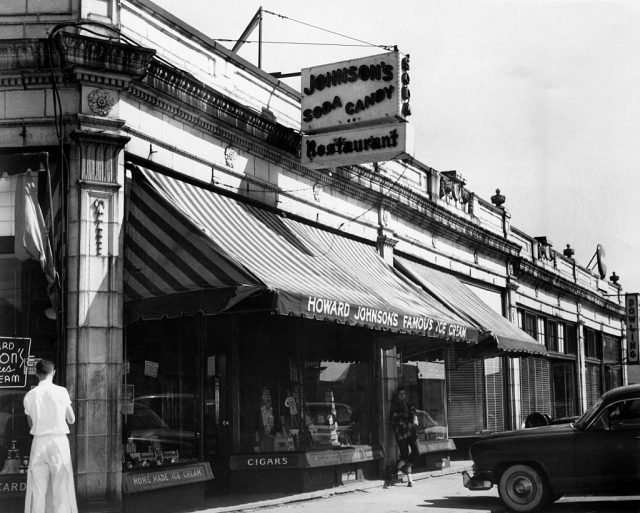 In 1929, Johnson opened his first proper restaurant in Quincy, Massachusetts. It was a popular spot, largely due to the fact it was located near a local playhouse frequented by the elite of Boston. Despite franchises being uncommon, Johnson opened a second restaurant in 1935 with the help of a relative named Reginald Sprague.

By 1940, there were 130 Howard Johnson’s along the East Coast, with an estimated 1,040 existing across the United States by 1979. This success was largely due to their placement along highways, offering weary travelers a place to take a break. This was further perpetuated by the construction of motor lodges beside many locations.

Before McDonald’s famous golden arches and Burger King’s iconic burger, there was Howard’s Johnson’s distinctive style. Each restaurant was designed by Florida architect Rufus Mims, with a slanted orange roof framing plate-glass windows. This meant motorists traveling along the highway immediately knew where they were stopping. When paired with its Formica tables, thin curtains, and circular partitions, visitors felt a sense of familiarity. 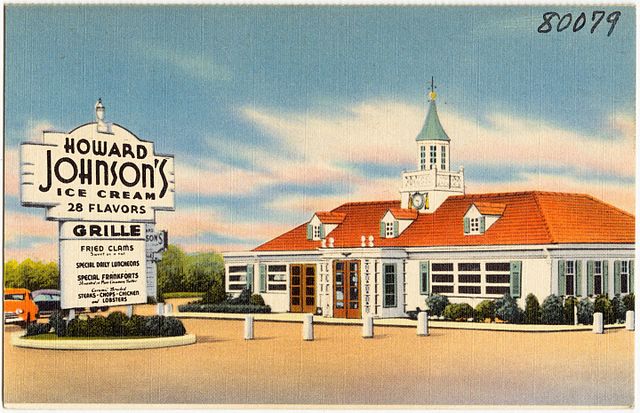 Howard Johnson’s postcard from between 1935 and 1940. (Photo Credit: Wikimedia Commons)

Howard Johnson’s logo also ensured it became an iconic restaurant brand. It was known as “Simple Simon and the Pieman,” and featured a child and his dog looking excited about a baker’s delivery. It was lit in neon lights, and appeared on every piece of dinnerware. As such, it assured the restaurant was friendly and unlike others that visitors encountered during their travels.

A consistent menu across each franchise

Howard Johnson knew his patrons wanted simplicity when it came to their food. In addition to his 28 ice cream flavors, his restaurants served charcoal-broiled half-spring chicken, spaghetti, charcoal-broiled sirloin steak, ham and eggs, open-face and triple-decker sandwiches, baked goods, an array of dessert options, and lobster. The menu also featured hotdogs – known as Frankforts – grilled in butter and placed atop buns toasted in it as well.

The company’s trademark dish was “Tender-sweet” fried clams served in strips. The concept was the brainchild of the Saffron brothers. Johnson loved the clams so much that their business expanded to include seven processing plants, all of which worked to provide the restaurants with enough product. 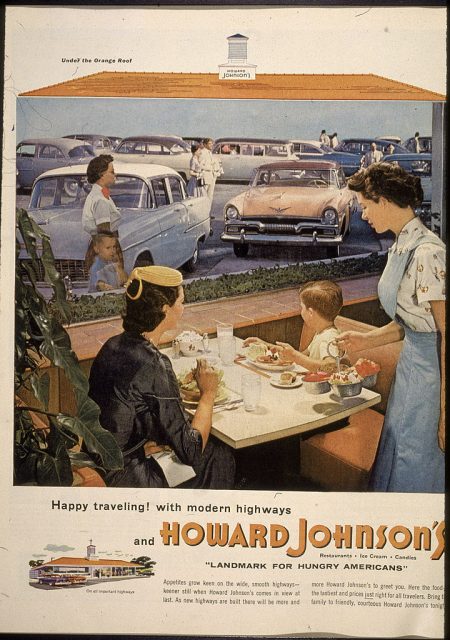 For nearly a decade, the food served at each restaurant was created by French chefs Jacques Pépin and Pierre Franey of Le Pavillon, one of the best fine-dining restaurants in New York City at the time. To maintain consistency across locations, Howard Johnson’s created the “Howard Johnson Bible.” It ensured the food would be shipped frozen and prepared the same way across the country, as well as a consistent employee uniform.

Racial tensions spark the beginning of the end

Howard Johnson’s received negative press in 1957, when the finance minister of Ghana and an associate entered a restaurant near Dover, Delaware. Due to the era’s racial segregation, the pair were denied service and asked to leave. This prompted him to point out the hypocrisy of such a rebuff, as he’d recently hosted then-Vice President Richard Nixon for a meal at his home. 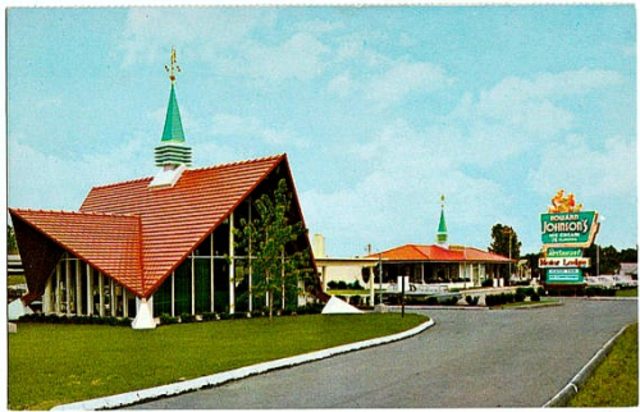 Despite these efforts, racial segregation continued to be enforced at Howard Johnson’s across the country. This sparked protests, and while executives continued to reiterate the company didn’t have such policies in place, it continued until the Civil Rights Act of 1964 was passed.

Economic decline and a changing society

In 1959, Howard Johnson’s son, “Bud” Johnson, took over as president of the company and quickly began intense cost-cutting measures. These included cutting marketing expenses and the supervision budget, the latter of which ensured service at each restaurant was timely and consistent. He eventually went after the company’s food expenditures, which greatly exceed that of others in the industry.

The Oil Crisis of the 1970s also issued a blow to Howard Johnson’s. Fewer people were traveling the nation’s highways, opting instead to fly, meaning a large portion of its clientele were no longer driving by its restaurants. This, paired with a series of mergers, sales, and spin-offs in 1979 led to the company’s sale. 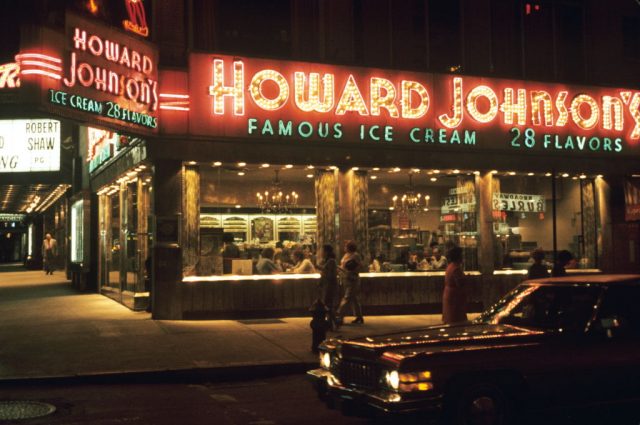 More from us: Classic Fast Food Chains That Bit The Dust

By the 1980s, the company was being passed from owner to owner, and the motor lodges were separated from the restaurants. In 1986, the franchisee owners formed their own association and bought the rights to the company’s trademark and locations. However, this failed to generate a profit, and by the 1990s there were only 100 restaurants remaining.

Until the early months of 2022, the only remaining Howard Johnson’s location was in Lake George, New York. It largely served a nostalgic purpose, and many were upset when it closed. “Lake George is officially dead,” wrote one fan on Facebook, with a few pictures of the now-abandoned restaurant. “Cobwebs on the door. Right before Memorial Day rush up here.”