Artistic inspiration can spark at any time. For singer-songwriters, it could be the call of a bird or the whisper of the wind that gives them their artistic inspiration. It can also be the songs of other sing-songwriters that they pull their melodies from. In the legal world of music, you can’t just copy someone else’s sound. Here is a list of artists who tried to plagiarize, but ultimately got caught. 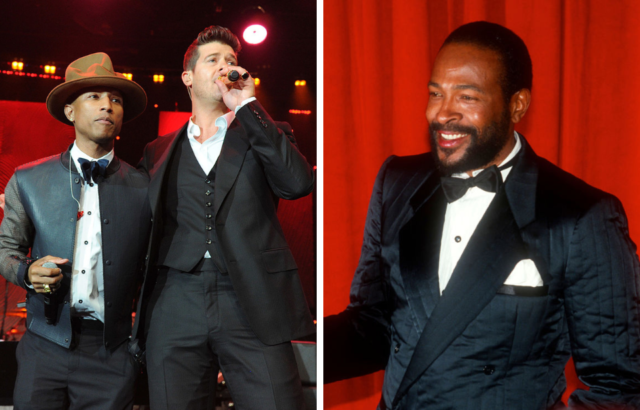 One of the most popular songs of 2013 has been strumming up controversy for years after its release. In particular, the funky melody of Thicke and Williams has been exposed as having too much of a resemblance to Martin Gaye‘s 1977 song, “Got to Give it Up.” Their copying brought the issue to court, where the pair were required to pay more than $5 million to the Gaye estate.

The Beach Boys vs. Chuck Berry 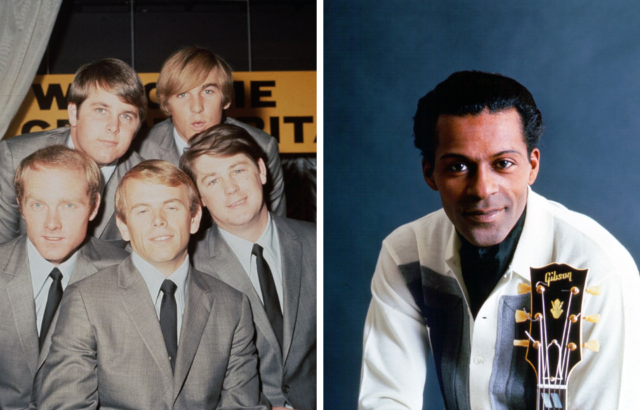 Apparently, The Beach Boys took a great deal of inspiration from the singer-songwriter, Chuck Berry. Maybe a little too much inspiration. Their song “Surfin’ U.S.A.” was a near replica of Berry’s “Sweet Little Sixteen.” Berry was none too pleased with their copying of his song, and he received publishing rights after the court ruling.

George Harrison vs. The Chiffons 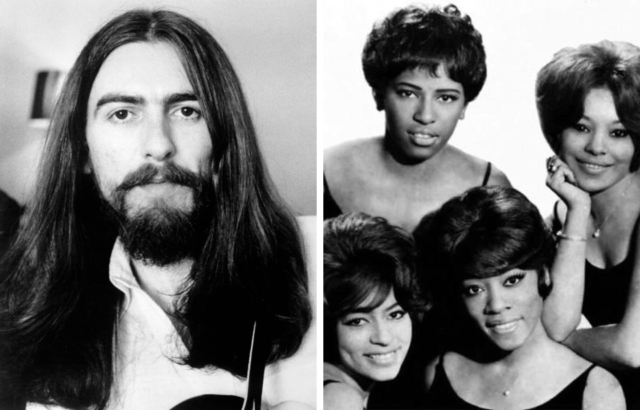 In 1981, George Harrison released a solo hit, “My Sweet Lord,” which gave off major Christian vibes. Listeners noticed it had a strong resemblance to a song girl group, The Chiffons, released in 1963 called “He’s So Fine.” The resemblance was so strong, in fact, that after two years of legal battles, Harrison was ordered to pay $587,000 and give up 40% of the publishing rights. 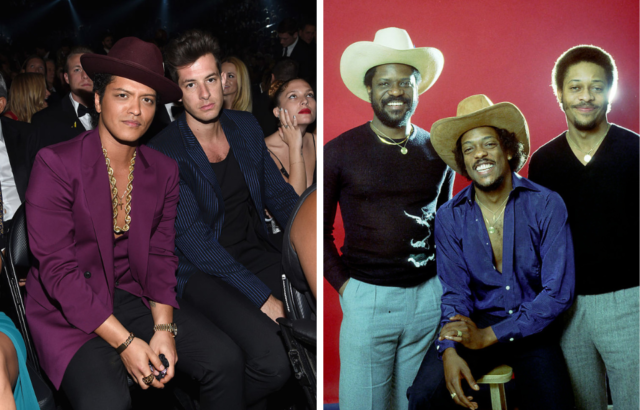 In 2014, Bruno Mars and Mark Ronson blessed the world with one of the catchiest songs of the 21st century, “Uptown Funk.” Unfortunately, they earned their success on the back of The Gap Band’s “Oops Upside Your Head,” who claimed the pair had copied their 1979 jam. After going to court, The Gap Band won 17% of all royalties on the song and songwriting credit. 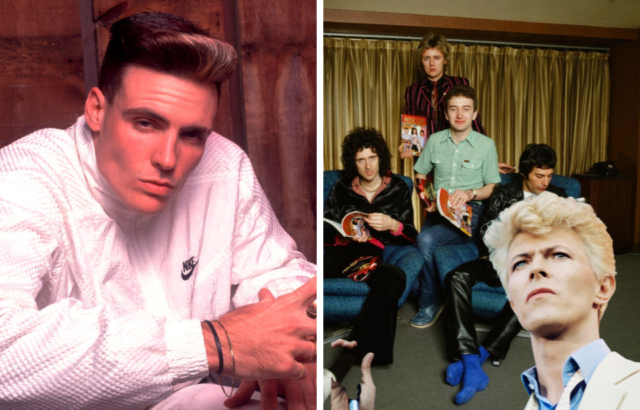 What Vanilla Ice called a joke wasn’t all that funny in the end. His song, “Ice Ice Baby” sampled directly from Queen‘s “Under Pressure” featuring David Bowie. Ice claimed that his lack of credit to the artist was a joke when the issue was brought forward. He ended up paying an undisclosed sum to both parties and gave them the last laugh. 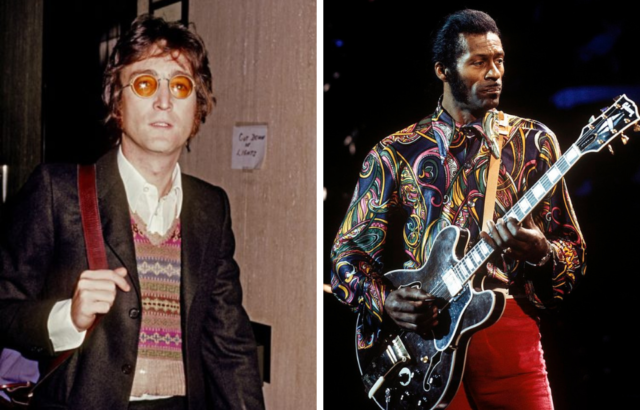 It seems The Beach Boys weren’t the only ones to take a little too much inspiration from Chuck Berry. John Lennon‘s greatest contribution to The Beatles’ 1969 album, Abbey Road, was “Come Together.” It wasn’t long, however, until song publisher Morris Levy noticed that the opening lyrics and rhythm were very similar to Chuck Berry’s 1956 song, “You Can’t Catch Me.” Legal action was taken but didn’t turn out the way Levy wanted.

Lennon settled a deal to record some of the songs Levy had published in a covers album. Before the sessions were completed, Levy tried to release the unfinished tapes he had on an album through his own label. Lennon was betrayed and Levy was very quickly counter-sued by Lennon’s record company, Capitol. They won and issued their own covers LP titled, Rock ‘N’ Roll. 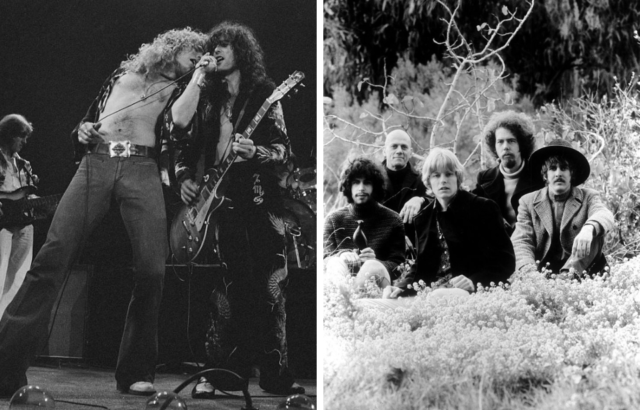 Led Zeppelin has been caught quite a few times plagiarizing songs. The intro to their 1971 hit “Stairway to Heaven” was equated to the U.S. psych-rock group Spirit’s 1968 instrumental song “Taurus.” After the band was taken to court over the resemblance, the judge concluded that the two songs were not substantially similar and so Led Zeppelin got away from the whole ordeal scot-free… until their next court case. 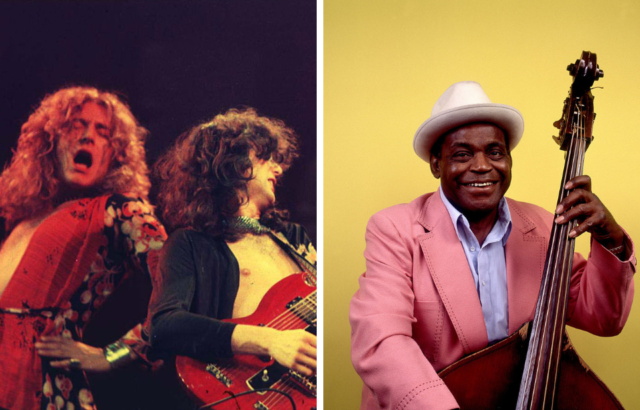 Songwriter Willie Dixon heard “Whole Lotta Love” off of Led Zeppelin’s sophomore album and said “nuh uh.” In 1985, he took them to court over its similarity to “You Need Love,” sung by Muddy Waters. Led Zeppelin lost the case, and was ordered to pay an undisclosed sum to Dixon after the court hearings. 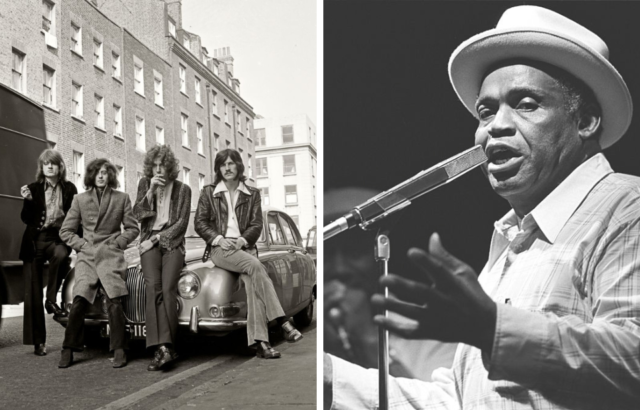 More from us: Groovy, Baby! Inside Led Zeppelin’s Private Jet, “The Starship”

They say imitation is the sincerest form of flattery, but Willie Dixon did not see Led Zeppelin’s repeated plagiarism as a compliment. Another song, titled “Bring It On Home,” featured on their sophomore album, did not resonate well with Dixon. He claimed it was a copy of a song he wrote for singer Sonny Boy Williamson that was released in 1966 with the exact same title.

Again, Led Zeppelin lost the case and were ordered to pay Dixon an undisclosed sum of money.