Winona Ryder not only lived during the 1980s but was one of the film icons of the decade. She is well known for her starring roles in Heathers, Little Women, Girl, Interrupted, and Edward Scissorhands, and has played the role of Joyce Byers in Stranger Things since 2016.

Stranger Things is set in the ’80s, which gives Ryder the perfect opportunity to show off her impressive knowledge of the decade, as she is quite the expert on 1980s pop culture. On set, she will correct mistakes in the show and push the directors to include more time-appropriate references.

This article contains spoilers for all seasons of Stranger Things.

An encyclopedia of 1980s knowledge

Ryder makes a point to tell the show directors, Matt and Ross Duffer, when they have made minor historical errors on the show. David Harbour, one of Ryder’s fellow cast members, recalls her correcting them. “She’d tell them, ‘This song actually came out in ’85, and you have it in ’83.’ She knew all of these minute, tiny details they didn’t even know,” he said. 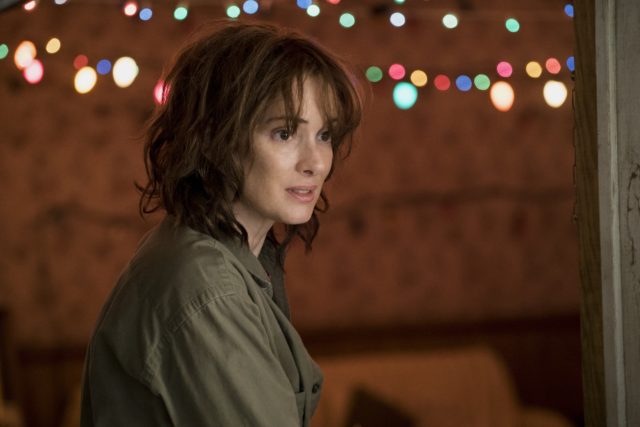 There were many times when the directors even had to change things in the script based on her critiques. Ryder has been vocal in making sure the references in the show are right, which can’t be an easy task as the directors have made a conscious effort to add nods to ‘80s life and pop culture wherever possible.

Sadie Sink, who plays Max Mayfield, levitating off the ground in Season 4 of Stranger Things during which the song Running Up That Hill by Kate Bush plays. (Photo Credit: Netflix/ moviestillsdb)

Ryder’s knowledge of ‘80s pop culture extended beyond fact-checking. She also made suggestions for things that should be included on the show in order to be true to the decade. One of her suggestions was to include Kate Bush’s music. The directors finally featured Bush’s song “Running Up That Hill,” which has jumped 8,000 percent in the number of streams since it was featured.

Now, here are some of our favorite ’80s references from the show. We’d love to know if Winona Ryder had any input on these!

Ghostbusters and other iconic movies of the ’80s

In episode two of season two, characters Will, Mike, Dustin, and Lucas dressed as the Ghostbusters for Halloween. Even though there were only three Ghostbusters in the movie, the boys made it work by including two Venkman characters. This nod to the movie wasn’t as simple as dressing the boys up in costumes and filming the scene. The directors actually had to get permission from both Dan Aykroyd and Ghostbusters director Ivan Reitman. 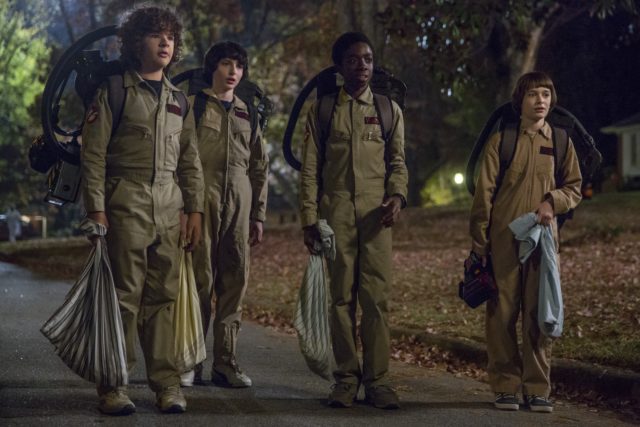 One of the biggest film influences of season four was Nightmare on Elm Street. The movie came out in 1984, making it a perfect fit for a reference in the show. There are many crossovers with this iconic horror film, including Vecna, the season’s main antagonist, targeting a woman named Nancy and haunting children in their dreams.

The death of Chrissy (Stranger Things) also mimicked the death of Tina (Nightmare on Elm Street) when they were both flung to the ceiling. Freddy Krueger is even featured on the show – at least, the actor who played him is. Robert Englund was featured in Stranger Things as Vecna’s first victim.

While the directors certainly include many movie references within the show, they also include other ’80s pop culture references to things like music and Dungeons & Dragons. In season three, famous artists like Madonna, REO Speedwagon, The Cars, and Bonnie Tyler all have their music showcased. In fact, the Duffer brothers have become well-known for ending their episodes throughout all seasons with a cliffhanger paired with a classic ’80s song. 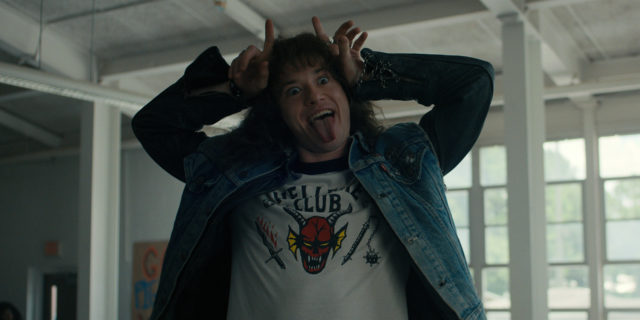 The directors bring D&D, the famous fantasy role playing game, into the show in many ways. Part of the main plot of the latest season revolved around the Hellfire Club playing D&D, and the main character is named Vecna after a D&D monster. The directors also brought the Satanic Panic that surrounded the game into the show’s plot, with the Hellfire Club on the receiving end of concern and judgement.

Much like the directors include the Satanic Panic, a real part of the 1980s, on the show, they also incorporate era-accurate brands and products. None of the brands that are featured in the show were paid for by third parties, but are featured because they were real parts of ’80s consumer and pop culture.

These include New Coke, a limited-edition Coke product which appeared in 1985, Johanna Lindsey’s romance novel Tender is the Storm, and Wonder Woman and Green Lantern comics that appeared in the mid-1980s. Even the Penthouse magazines that are used in season three, episode three were real historical editions. 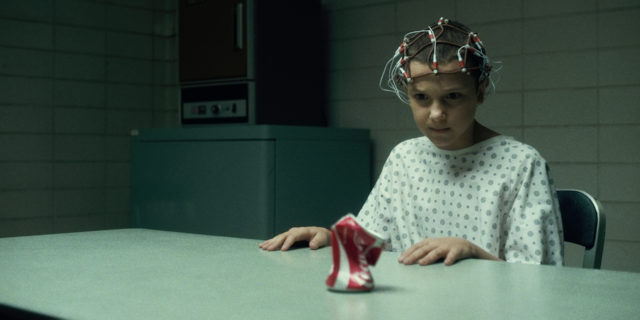 Eleven, played by Millie Bobby Brown, crushing a can of coke in season 1 of Stranger Things. (Photo Credit: Netflix/ Moviestillsdb)

As the directors continue to pay homage to the 1980s throughout the many seasons of Stranger Things, TV viewers can rest easy knowing that Winona Ryder, the resident expert on all things ’80s, can and will correct any inaccuracies that come up.