In the mid-1970s, a string of gruesome killings plagued the West Coast of the United States. But two infamous cases intersected in the most unusual way. The Hillside Strangler and Ted Bundy have more in common than their atrocious crimes.

Over the course of just four months, cousins Kenneth Bianchi and Angelo Buono Jr. assaulted, tortured, and strangled ten women in the hills of Los Angeles, California. Originally thought to be the work of just one killer, it was later revealed that the Hillside Strangler killings were the work of two men. 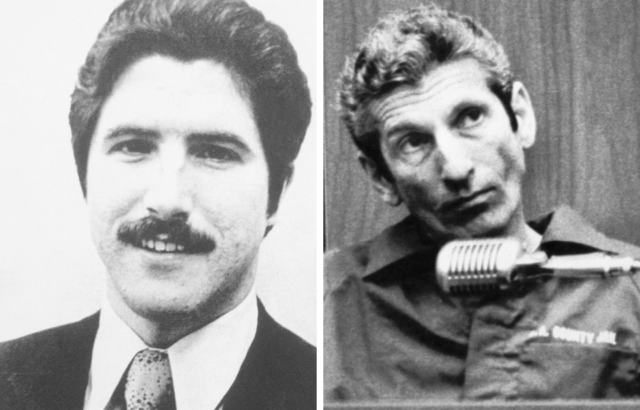 Bianchi and Buono often impersonated police officers to entice their victims and bring them to Buono’s home. There, the men would strangle them before cleaning the bodies and dumping them on the hillsides of Los Angeles. The killers were captured in January 1979 after Bianchi fled to Washington and committed two more murders. He was apprehended there by police and confessed to the California deaths as the accomplice of Angelo Buono.

What followed was the most expensive trial in California history. Bianchi and Buono were sentenced to life in prison, but their lives behind bars would soon become as infamous as their crimes.

Even though he was convicted of ten murders, Shirlee Joyce Book of Monterey, Louisiana found herself enthralled by killer (and self-reported reborn Christian) Kenneth Bianchi. She began writing him letters in 1986 and they began a long-distance relationship until the couple met in person and got married in 1989. 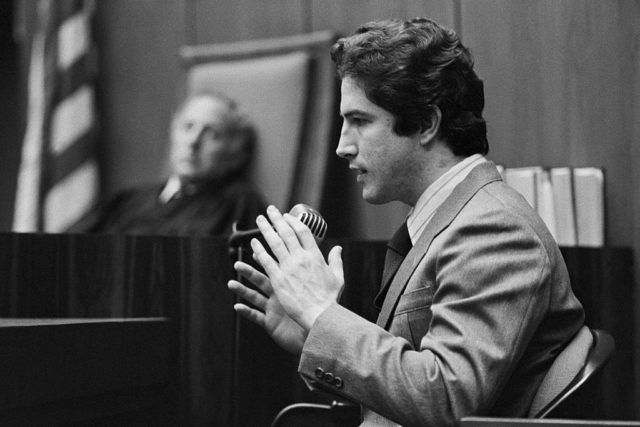 Kenneth Bianchi, the Hillside Strangler, testifies in a courtroom against his cousin and accomplice Angelo Buono, circa 1981. (Photo Credit: Bettmann / Getty Images)

Before he met Shirlee Joyce Book, Bianchi managed to convince Veronica Compton, a female fan, to provide a fake testimony on his behalf during his trial. The woman was reportedly arrested later on for trying to strangle another woman to death to make it appear that the Hillside Strangler was still out there.

Bianchi wasn’t the only one with a relationship history before his marriage in 1989. In fact, Bianchi was Book’s second choice of husband! Before settling on the lesser-known Hillside Killer, Book set her sights on one of the most famous serial murderers of all time: Ted Bundy.

The charming, handsome, and intelligent Ted Bundy was far from what the public expected from any other serial killer. An undergraduate student and local political figure, Bundy hoped to attend law school. It was this same charm and intelligence that allowed Bundy to kill at least 20 unsuspecting women over the span of four years. 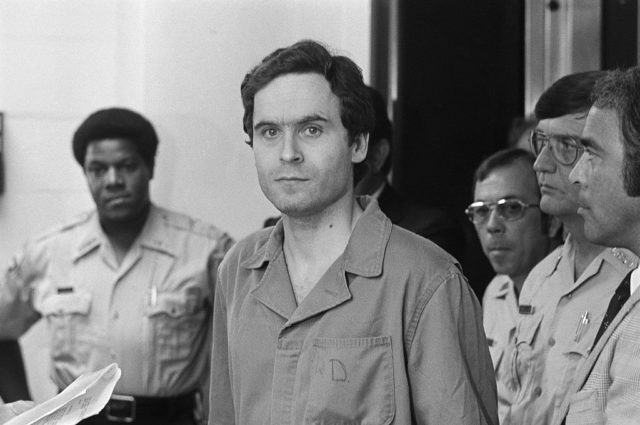 His youngest victim was a twelve-year-old girl, the same age as the Hillside Strangler’s youngest victim. Ted Bundy was arrested and charged with first-degree murder in 1976 but used his wit to escape from the county courthouse where he was being held. It wasn’t until January 1978 that Bundy was apprehended for good.

Throughout his four-year crime spree, Bundy had taken victims in Washington State, Oregon, Utah, Colorado, and Florida. Bundy was convicted of two counts of first-degree murder and three counts of attempted first-degree murder. He was sentenced to death in the electric chair. But prior to his execution, Shirlee Joyce Book wrote him several letters in an attempt to seduce the killer.

Bianchi was Book’s ‘Plan B’

Once it appeared that Bundy wasn’t interested, Book chose to go to her Plan B: Kenneth Bianchi. Bianchi and Book were married on September 21, 1989 – just nine months after Bundy was put to death in the electric chair. Their marriage didn’t last. Book filed for divorce in 1993, after just four years of marriage, when she found out Bianchi was writing to other female fans regularly. 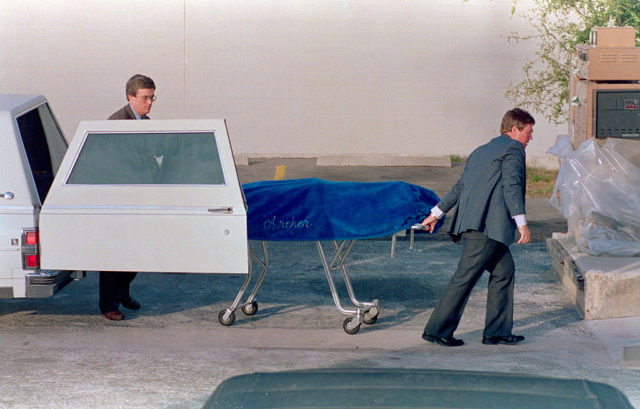 The body of Ted Bundy is taken to the Alachua County Medical Examiner’s office following his execution in 1989. (Photo Credit: Bettmann / Getty Images)

Angelo Buono, Bianchi’s accomplice, died of a heart attack in prison in 2002. Bianchi was denied parole in 2010 and remains in prison. He’ll be eligible to apply for parole again in 2025.

Book’s standards are a bit more unconventional than most women. Apparently, it’s totally okay to be a convicted serial killer, but writing raunchy letters to other women is a deal-breaker.