Way back in the day, before the decadence of the 1980s when “Love In An Elevator” ruled the airwaves, one of the classic rock era’s greatest albums, Aerosmith’s Toys in the Attic, was born.

Released in 1975, the album was a creative and commercial high point for the Boston band, featuring the hit singles “Sweet Emotion,” “Dream On” and, of course, “Walk This Way,” a song that’s remained popular over the years, due to its instantly recognizable drum beat, funky guitar riff and catchy lyrics.

In fact, it might be the most important song to the band’s success, due to the role it played in relaunching their career with a 1986 Run-DMC remix that starred both groups.

What did he say?

With their wild outfits and Steven Tyler’s animated stage presence, they were perfect for the MTV video era. The collaboration with the pioneering rap group also exposed a new generation of young listeners to the bawdy take on a young man’s attempts to lose his virginity.

“So I took a big chance at the high school dance

With a missy who was ready to play

Wasn’t me she was foolin’

‘Cause she knew what she was doin’

And I know love is here to stay

When she told me to

The setup seems to make sense – he was at a dance and thought he had a shot with his date, but then she tells him to “walk this way.” What does that mean? “Follow me?” “Stop slouching?” The words are pretty vague and mysterious, especially in contrast with the rest of the lyrics, which are not very subtle. In the end, however, the song just sounds cool – and that’s all that matters. 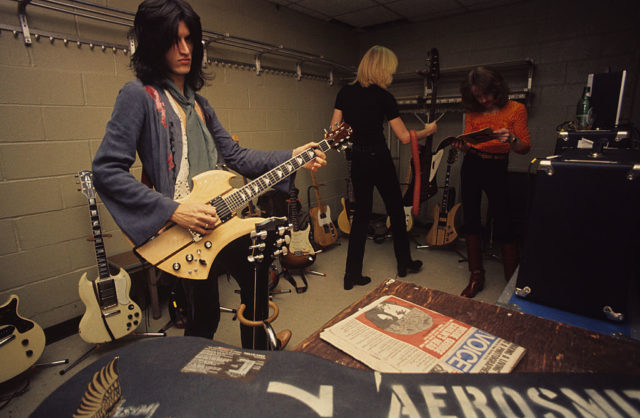 “In December of ’74, we flew to Honolulu to open for the Guess Who. During the sound check, I was fooling around with riffs and thinking about the Meters,” he said. “I asked Joey to lay down something flat with a groove on the drums. The guitar riff to what would become ‘Walk This Way’ just came off my hands.”

In an interview with Spin, bassist Tom Hamilton said the idea for the chorus came during a break the band and their producer took during recording. They watched the recently-released Mel Brooks horror spoof, Young Frankenstein. 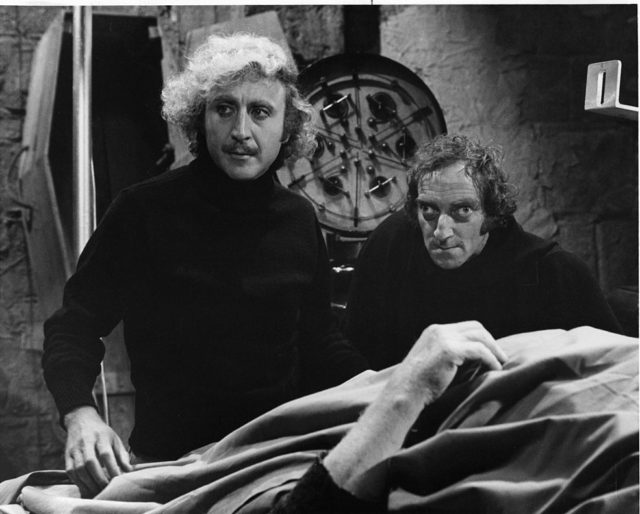 “There was a part where the main character arrives at the train station in Transylvania and he’s met by this classic evil assistant, who takes his suitcase for him and hobbles down the steps and says ‘Walk this way,’ and to humor him he follows him down the steps the same way. So we told Steven, you’ve got to call the song ‘Walk This Way.’ Steven was like, ‘You can’t tell me what to call the song. I haven’t even written the lyrics yet!’ But we told him he had to do it. So he did.”

More from us: 50 Years Later, Don McLean Revealed the Meaning Behind ‘American Pie’

Marty Feldman starred as the hunchback Igor opposite Gene Wilder’s Dr. Frederick Frankenstein. He claimed the line was never even supposed to make it into the film. Per Feldman:

“It’s a terribly old music hall joke. I did that to make the crew laugh and Mel Brooks said, ‘Let’s shoot it’ … [Gene Wilder and I] both said, ‘Mel, please take that out,’ and he left it in. He said, ‘I think it’s funny,’ Audiences laugh at it. Gene and I were both wrong. Mel was right.”