In the wake of Queen Elizabeth’s death, we’ve heard about many people whose predictions about either the date, year, or her age at the time of passing were quite close. One person who lived over 500 years ago, aided by a modern scholar, might have made the most accurate prediction of all. Known for his prophecies about the future, Nostradamus may have referred to the death of the Queen and provided other insights into the monarchy’s future.

Michel de Nostredame, more commonly referred to as Nostradamus, was a French astrologer and alleged seer who is best known for his work Les Prophéties which he published in 1555. They are, according to him, a collection of works that predict events of the future. In recent years, his work has been reinterpreted by many different authors who apply his “predictions” to the modern future. 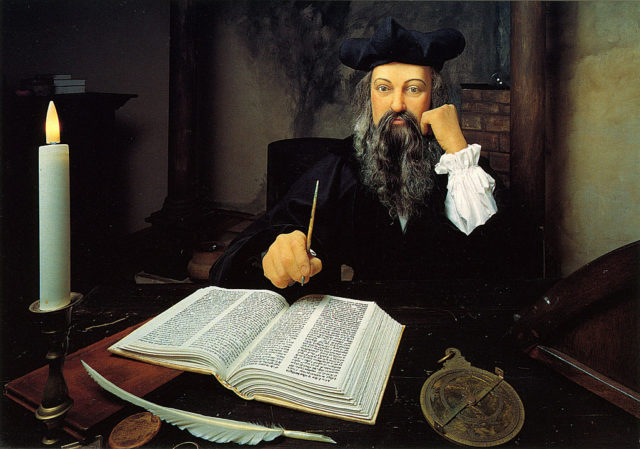 One of the authors who has assessed Nostradamus’ work is Mario Reading. Reading wrote his book, Nostradamus: The Complete Prophesies for the Future, in 2005. He has also been called one of the leading experts on the predictions that the seer made during his lifetime. The predictions about the monarchy came from Reading’s interpretation of Nostradamus’ material.

Claims about the monarchy

What has captivated people’s attention about Reading’s book on Nostradamus is that he was incredibly accurate about Queen Elizabeth‘s death. In one of his chapters, which talks about King Charles, he wrote, “The preamble is that Queen Elizabeth II will die, circa 2022, at the age of around ninety-six, five years short of her mother’s term of life.” Evidently, he was right. 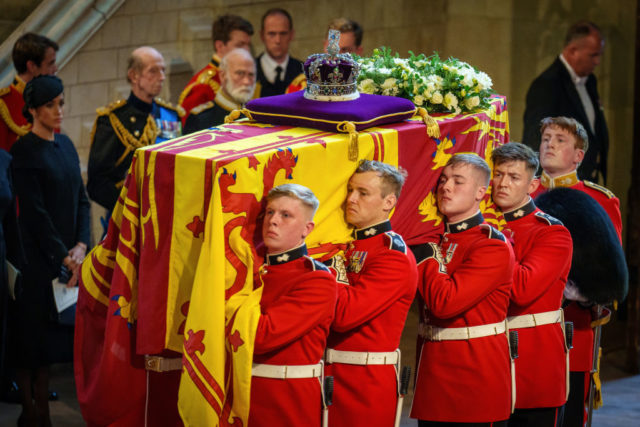 The predictions about the monarchy as interpreted by Reading, however, didn’t stop there. The other major claim he made is that “King Charles III, weary at the persistent attacks on both himself and his second wife in the twenty-five years since the death of his first wife, Princess Diana, decides to abdicate in favour of Prince William.” Other predictions include that there will be a Third World War that begins in 2023.

Did he predict the future?

The question, then, is how it was possible that someone who lived so many years before Queen Elizabeth and King Charles ever existed to make such accurate predictions about their futures? Essentially, he didn’t. The original work from centuries ago makes no specific references to the British monarchy in 2022, and appears to be simply Reading’s (admittedly impressive) interpretation. 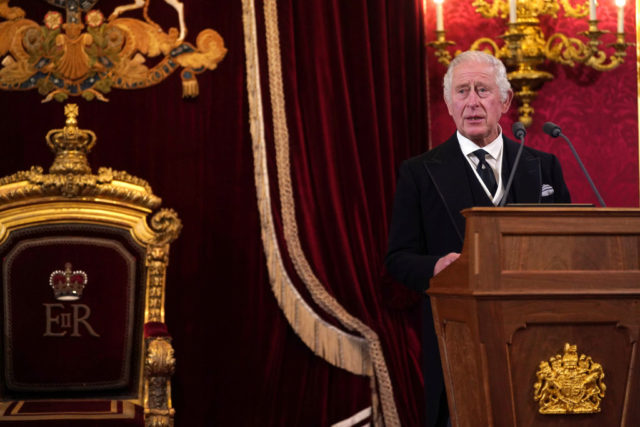 The predictions are also not specific to any one country in the world. While Reading provides an interesting, and certainly plausible, interpretation of Nostradamus’ work, he also shows just how vague the Frenchman’s prophesies really were. He includes a copy of the original writing at the beginning of the chapter.

Translated into English, it reads “Because they disapproved of his divorce; A man, who, later, they considered unworthy; The people will force out the King of the Islands; A man will replace him who never expected to be king.”

« Michael Keaton Took A Hiatus From Hollywood, and Years Later Candidly Explained Why
Meryl Streep Was Once Called an ‘Ugly Thing’ at a Movie Audition »