He Could Have Been the Fifth Beatle But Changed His Mind

The Beatles have been one of the biggest bands in the world ever since their rise to fame in the mid-1960s. With members John Lennon, Paul McCartney, George Harrison, and Ringo Starr, the group has been known as a foursome pretty much since its inception. But if you trace the band back to its origin, there was a fifth Beatle who is often forgotten today: Stuart Sutcliffe.

McCartney, Harrison, and Lennon had known each other since childhood, and it wasn’t until Lennon decided to enroll in art school that Sutcliffe was introduced to the rest of the group. He also attended art school and ended up sharing an apartment with Lennon. By this time, Lennon was known on campus for being in a rock band and, since they needed a bass player, he asked Sutcliffe to play with them. 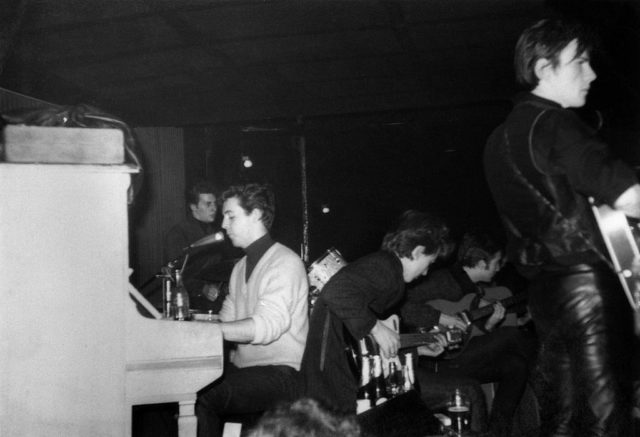 Sutcliffe quickly agreed. He dedicated himself to the endeavor even though he didn’t actually know how to play, though he seemed to pick it up quickly enough. According to Harrison, however, “He wasn’t really a very good musician. In fact, he wasn’t a musician at all until we talked him into buying a bass.” It didn’t seem to matter to their fans, as Sutcliffe was attractive and decent enough on the bass.

His popularity didn’t help Sutcliffe’s relationship with the other band members, who admitted that they were envious of the new bassist. McCartney in particular felt this resentment deeply: “When he came into the band, around Christmas of 1959, we were a little jealous of him; it was something I didn’t deal with very well. We were always slightly jealous of John’s other friendships. It felt as if he was taking the position away from George and me.” 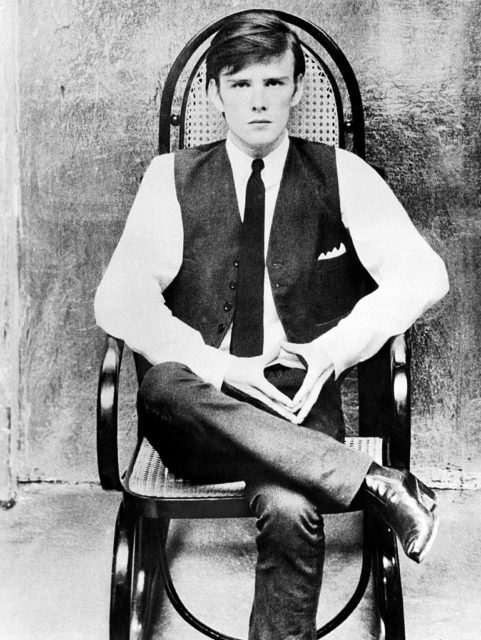 Stuart Sutcliffe, who was a modernist painter and was once in The Beatles, posing shortly before his death. (Photo Credit: Collect/ Mirrorpix/ Getty Images)

As his musical prowess left much to be desired, Sutcliffe’s biggest contribution to the band was helping to think of their name. He and Lennon came up with the name The Silver Beetles, a tribute to their favorite group, Buddy Holly and the Crickets. This name would eventually be shortened to just The Beatles. By 1960, the band group (along with original drummer Pete Best) got their first serious gig playing in Hamburg, Germany for hours every day as a club act. They eventually returned to Liverpool in 1961.

Giving it all up

While the rest of the group returned to their home city, Sutcliffe decided that he wanted to go back to his career in art. He officially left the group in July 1961, enrolling at Hochschule für bildende Künste Hamburg where he continued to study art. This change in direction was at least partially prompted by meeting Astrid Kirchherr, another artist, who came to see the band perform in Germany. She and Sutcliffe were eventually engaged. 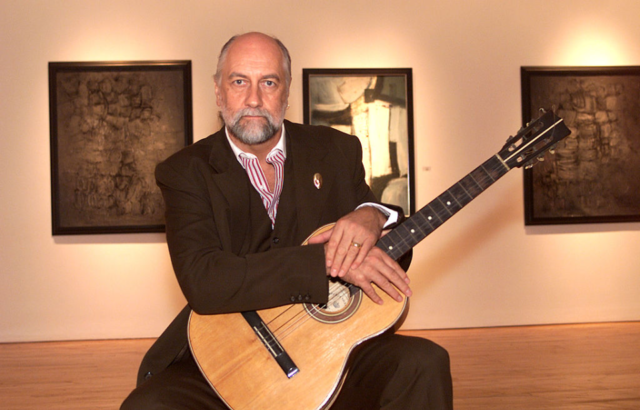 While studying art in West Germany, Sutcliffe collapsed on two separate occasions after experiencing extreme pains in his head. The latter incident resulted in his death while he was being taken to the hospital in an ambulance. Doctors had performed tests in the past to see what was wrong but were unable to determine anything until after his death when they realized he had a brain hemorrhage. He was just 21 years old when he passed away.

Kirchherr traveled to Liverpool soon after Sutcliffe’s death to grieve alongside the other Beatles. Of all the men, Lennon took the news the hardest, believing that he, in some small way, contributed to Sutcliffe’s death by not treating him better. As Kirchherr recalled, “He just can’t believe that darling Stuart never comes back. He just crying his eyes out.” As a tribute, the band included a photo of him on the cover of Sgt. Pepper’s Lonely Hearts Club Band.

« The Artist Who Forever Regretted Denying Weird Al the Chance to Parody His Hit Single
These are 13 of Some of the Best Classic Horror Movies of All Time, According to Rotten Tomatoes »