Flower Children in Hollywood: 10 Celebrity Hippies of the 1960s and ’70s

Looking back at the turbulent, far-out culture of the 1960s and ’70s, images of protests, tie-dye, psychedelics, and rock and roll likely all come to mind. One of the most iconic eras in recent history, the “peace and love” counter-culture movement brought entire generations head to head and produced new trends, belief systems, and entire ways of being. It’s all thanks to these groovy Hollywood hippie stars. 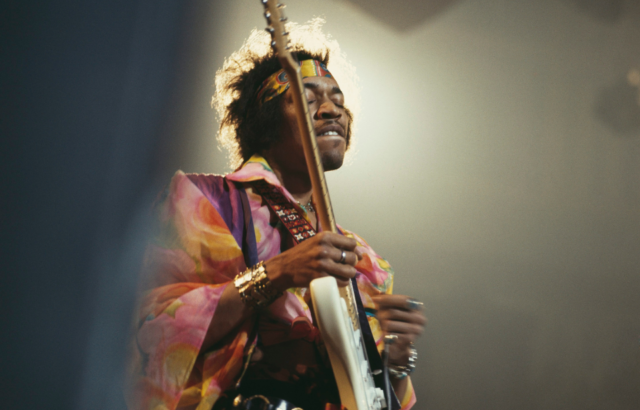 Jimi Hendrix was a defining voice of the 1960s and ’70s, pioneering innovative guitar techniques that created his signature sound. Even though he couldn’t read or write music, that didn’t hold him back from writing iconic songs like “All Along the Watchtower,” “Little Wing,” and “Purple Haze.”

Born on November 27, 1942 in Seattle, Hendrix showed an interest in music from a young age, inspired by classic rock and R&B performers like B.B. King and Buddy Holly. He purchased his first guitar in 1959, shortly before he enlisted in the United States Army. After he was discharged in the early 1960s, Hendrix continued to hone his skills on the guitar, and by 1965 he was landing gigs opening for big names like Tina Turner, Sam Cooke, and The Isley Brothers.

Hendrix joined with bassist Noel Redding and drummer Mitch Mitchell to form The Jimi Hendrix Experience. By 1968 Hendrix was a household name in the US and the UK, but his legendary Woodstock performance would cement his name in music history with a renegade version of  “Star Spangled Banner.”

In September 1970, Hendrix was found dead by his girlfriend Monika Dannemann in her London apartment. The coroner concluded the 27-year-old musician died after he aspirated his own vomit due to an overdose of barbiturates. Hendrix was one of four “founding” musicians to join the “27 Club,” an unofficial list of famous people who died at the age of 27. The other three who died between 1969 and 1971 were Brian Jones, Janis Joplin, and Jim Morrison. 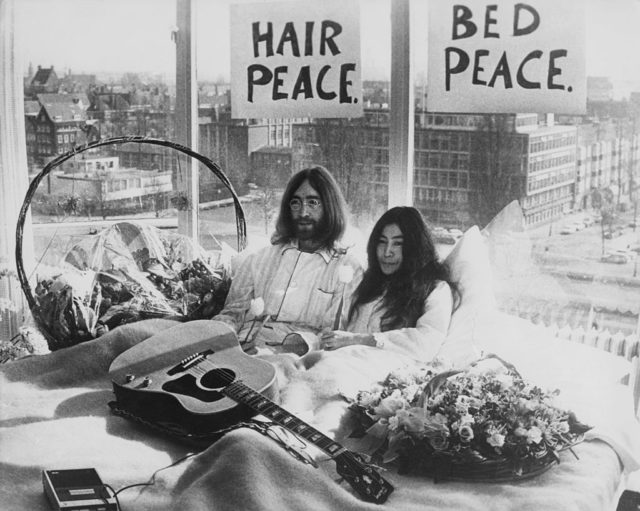 While both John Lennon and Yoko Ono were famous in their own individual ways, they are often regarded as one indivisible unit when it comes to their celebrity status in the 1960s and ’70s. One of the founding members of The Beatles, Lennon married Japanese artist Yoko Ono in 1969 – the year before one of the most famous bands in history would announce their breakup.

Ono and Lennon collaborated on musical projects and became some of the most iconic figures in the anti-war movement, staging thought-provoking protests like the “bed-ins for peace.” Lennon’s post-Beatles music also became the soundtrack of the counterculture movement, like his 1970 single “Give Peace a Chance,” which was widely adopted as the anti-Vietnam War anthem.

After Lennon’s tragic assassination in 1980, Ono continues to carry on his legacy in her art and in her anti-war activism. 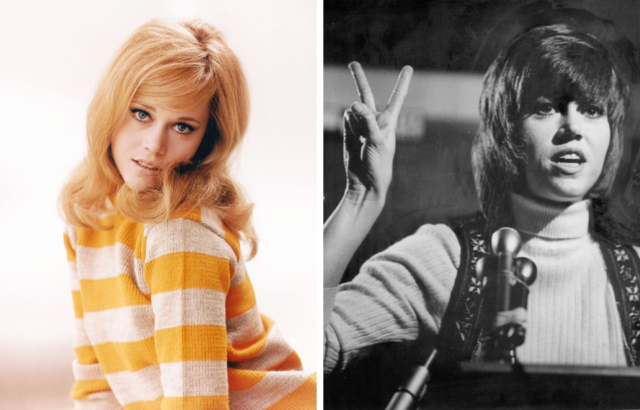 Actress Jane Fonda became one of the most outspoken and controversial public figures of the late ’60s and early ’70s. Born in 1937 to actor Henry Fonda and socialite Frances Ford Seymour, Jane Fonda followed in her family’s footsteps and launched her acting career in the 1960 Broadway play There Was a Little Girl. By the mid-’60s, Fonda was one of the leading ladies of the screen, starring in classics like Barefoot in the Park and Barbarella.

A far stretch from her privileged Hollywood upbringing, Fonda joined the anti-Vietnam war movement in 1970, speaking at rallies and protests on university campuses. In 1972, Fonda caused an uproar over her visit to Hanoi in North Vietnam that revealed to her the unjust bombings on Vietnamese civilians and farmland by American troops. US soldiers and veterans were outraged over Fonda’s disrespect of those who served in Vietnam, which she later apologized for.

She has also supported LGBTQ+ issues, advocated for Native American issues, and even visited Israel to take part in a tour focused on stopping violence against women.

Now 85, Fonda is still an advocate and activist. She is one of the leading forces behind Fire Drill Fridays, a reoccurring protest aimed at educating the public and policymakers on the global emergency that is climate change, and also works with an organization that empowers Georgia-area youth to reach their full potential. 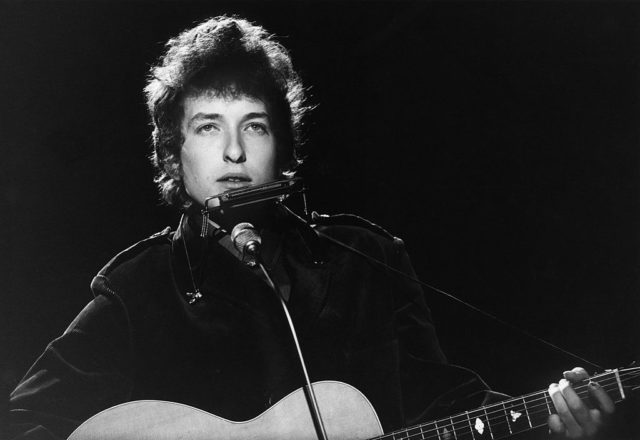 One of the founders of the Beatnik movement, Bob Dylan‘s poetic music was the soundtrack to the counter-culture movement. Fusing rock and folk into his unique sound, “Bob the Poet” has created some of the most iconic songs of all time. Born in Minnesota in 1941, Dylan started playing guitar in high school and began to hone in his style while performing around Minneapolis’ bohemian community Dinkytown.

Soon he fell in love with Beat poetry, especially the work of folksinger Woody Guthrie. Determined to meet his inspiration, Dylan relocated to the heart of the Beatnik scene: Greenwich Village in New York City. While his first album received mixed reviews, his second, The Freewheelin’ Bob Dylan, was an instant success with the youth of the hippie and folk movement.

From “The Times They Are ‘A-Changin'” to “Blowin’ in the Wind,” Dylan’s songs became a cornerstone for the flower children of the counter-culture movement. His music has won countless awards and accolades. Dylan has been nominated for a Nobel Prize for Literature, received a Kennedy Center Honor, and even performed for a pope. His good friend and fellow Beatnik poet Allen Ginsberg named Dylan the greatest poet of the second half of the 20th century. 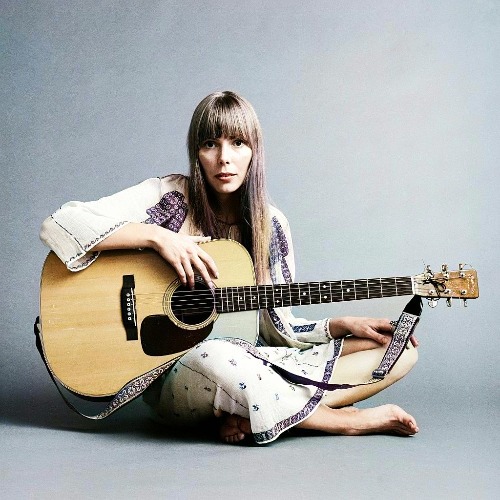 Canadian-born experimental singer-songwriter Joni Mitchell was often described as the “Yang to Bob Dylan’s Yin.” Combining storytelling with folk, pop, and rock sounds, Mitchell used her music to talk about social issues which influenced a whole new generation of musicians from Prince to Alanis Morrisette.

Mitchell’s first album, produced by the late David Crosby in 1967, was celebrated for the 24-year-old’s maturity. Mitchell consistently released music throughout the ’60s and ’70s, and even though she is approaching her 80s she’s still performing her songs to crowds of fans. “My music is not designed to grab instantly,” Mitchell once said, “It’s designed to wear for a lifetime, to hold up like a fine cloth.” 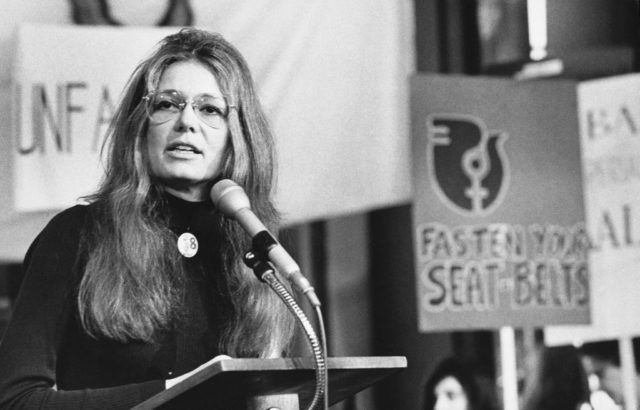 Feminist leader Gloria Steinem helped to inform many of the innovative ideas about gender equality and women’s rights that took center stage during the counter-culture movement. Working as a journalist in New York in the early 1960s, Steinem published provocative political pieces and became involved in the radical feminist group the Redstockings.

She founded the National Women’s Political Caucus in 1971 with Betty Friedan, Bella Abzug, and Shirley Chisholm. Around this time she also created a magazine for women with a feminist perspective on politics and women’s issues called Ms. magazine. Now 88 years old, her essays and books are still a powerful testament to her enduring legacy as a leader in women’s rights. 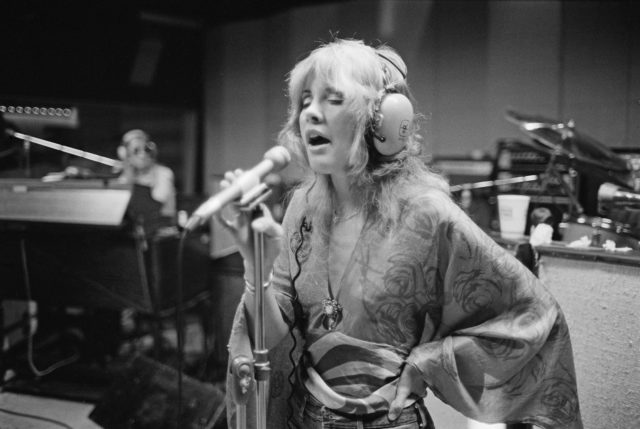 When Stevie Nicks joined Fleetwood Mac in 1975, she helped to skyrocket the fledgling band into one of the most iconic groups of the ’70s. Her bohemian style, heartwrenching lyrics, and folky style made her an iconic rock and roll performer, as evident in the success of her solo career on top of Fleetwood Mac’s music.

The band famously made the most of their tense relationships and failed romances with hit singles like “Landslide” and “Dreams.” Nicks was also the first woman to ever be inducted twice into the Rock and Roll Hall of Fame. 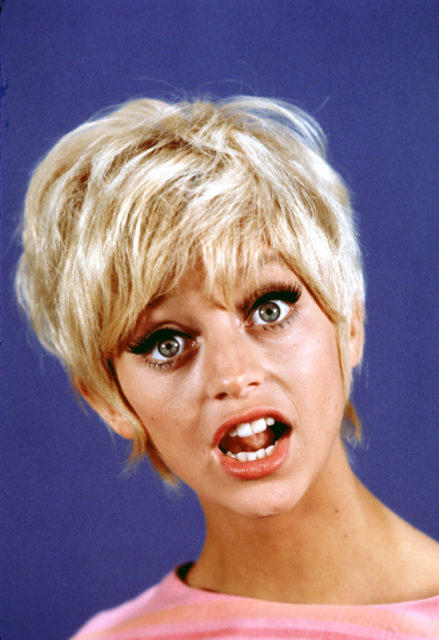 Goldie Hawn rose to fame playing the “dumb blonde” character stereotype of the early 1960s, but her dedication and charm helped her to become an enduring persona in Hollywood. As a dancer, comedienne, and actress, Hawn soon grew beyond small TV roles and became an Oscar award winner.

Her big, wide eyes, iconic blonde hairdo, stunning smile, and her impeccable “mod” style made her a 1960s icon. Hawn has continued a successful career for most of her life, returning to acting in the 2000s after a brief hiatus. 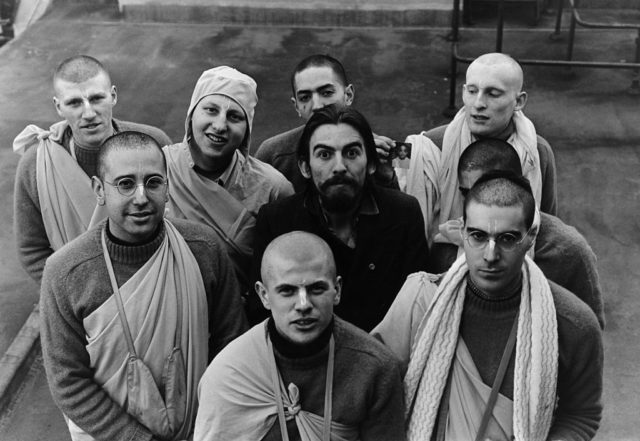 George Harrison fully embraced the spirituality of the counter-culture movement once he broke from The Beatles in 1969. Harrison first discovered Hinduism in the mid-1960s, introducing it to the other members of The Beatles and ultimately leading them in a new musical direction.

Between the end of the last Beatles tour in 1966 and the start of Sgt. Pepper’s Lonely Hearts Club Band recording, Harrison and his wife Patti Boyd traveled to India to study with sitar master Ravi Shankar as well as several gurus. He returned to India with other Beatles members in 1968 to study meditation.

More from us: You Won’t Believe What These ’70s Starlets Look Like Now

Around this time, Harrison and the other Beatles began participating in one of the favorite pastimes of counter-culture hippies: psychedelic substances. He first felt called to learn more about Hinduism after taking acid, and after traveling to India he became a vegetarian and eventually joined the famed 1960s new-age Hindu group the Hare Krishnas. Harrison released several singles referencing his new Eastern beliefs, including “My Sweet Lord” and “Hare Krishna Mantra.”