Unlike the prim, proper, pristine image royal families usually maintain in the eye of the public, a soaking-wet Princess Diana was showcased meeting Luciano Pavarotti for the first time at a concert in 1991. That photo has become an iconic one of the late princess and here we take a look at its origin to explain a heartwarming story about the enduring friendship between the two.

It was a free concert 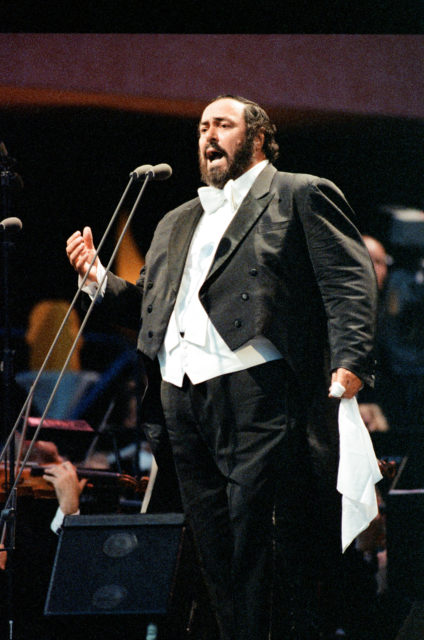 The concert that took place on July 30, 1991, was in celebration of Pavarotti’s 30-year-long glittering career as an Italian operatic tenor. He was scheduled to perform at London’s Hyde Park outdoor stage. Prior to the concert, advertising for the event was everywhere, though it didn’t need to be. Pavarotti’s “Nessun Dorma” had become the theme for the 1990’s soccer World Cup, so even those who did not have a taste for classical opera music knew who he was. His career was at the peak of its fame by ’91.

It was also free for the general public, so people were likely to go to the concert anyway. There was an option to purchase VIP tickets, which ran over £150 a piece. The VIP area was located near the front of the stage and is where Princess Diana and her husband Prince Charles were to be seated during the concert. 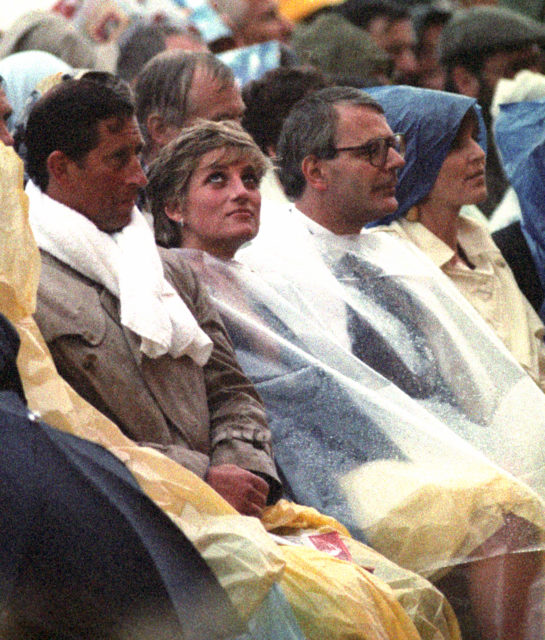 On July 29, the day was sunny and bright, so hopes were high for the next day’s performance. Unfortunately, Mother Nature had other plans, and rain poured down from the skies over London, potentially ruining the plans for the concert. Pavarotti even considered shutting down the entire event in fear that no one would show up due to the heavy downpour.

Still, the show carried on, and over 125,000 people were estimated to have shown up to the concert on that rainy day. Soon, Pavarotti and the Philharmonia Orchestra and Philharmonia Chorus began their performance. The rain continued through the opening of the concert, and Pavarotti found it difficult to connect with an audience he couldn’t see.

Because of the rain, everyone had opened the umbrellas they brought with them, ultimately obstructing the view of the person behind them for rows upon rows of concertgoers. Pavarotti himself was looking out from the stage at a sea of colorful umbrellas, unable to see the faces of those hidden underneath. The concert’s organizer, Harvey Goldsmith, could sense the disconnect and asked the crowd to please lower their umbrellas in order for everyone to truly enjoy the performance.

A dedication to Diana 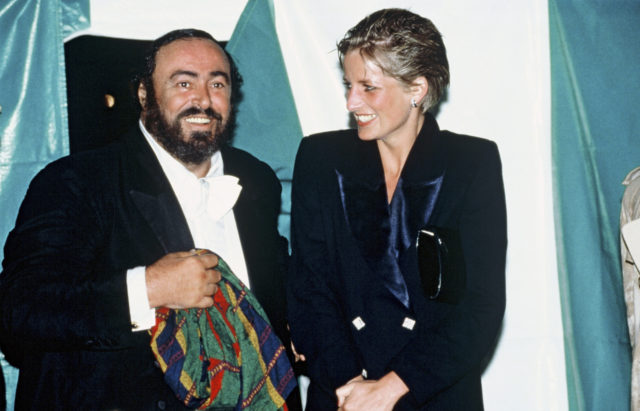 Goldsmith remembered how “Princess Diana was the first person to respond.” She had her aide lower her umbrella and she began to get drenched by the downpour of rain. On the big screens projecting the concert to those at the back of the field, one could see a soaking wet Diana ready to enjoy the show. It didn’t take long for the rest of the crowd to follow suit, and soon the whole crowd was cheering and clapping, happy to follow in the princess’s footsteps and get a little wet in order to watch Pavarotti perform.

Now able to see the faces of those he was singing to, Pavarotti was extremely happy. To say thank you to Diana for her kind and influential gesture, Pavarotti, while on stage, asked for Charles’ permission to dedicate the song “Donna non vidi mai” to the princess. The title translates to “I Have Never Seen A Woman Like That,” and Charles agreed to the dedication.

Following this, Pavarotti continued to sing, and his performance lasted for over an hour with no breaks. He finished off the concert with his world-famous “Nessun dorma.”

The tenor meets the princess 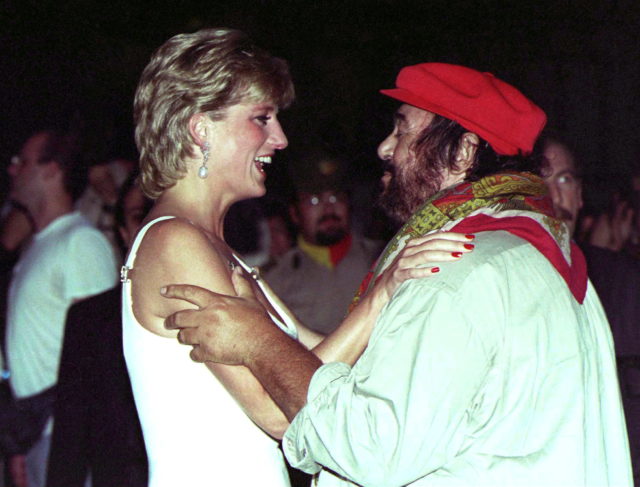 Following the show, Diana and Charles were escorted to the back of the stage to meet the famed singer. After saying hello, Diana poked fun at herself and the soaking-wet state she was in, saying, “Do you like my new hairstyle?” Pavarotti did not seem to mind meeting the rain-drenched princess, and this introduction began the start of a genuine and close friendship between the two.

More from us: Inside Princess Diana’s Last Will And Testament

Diana’s photographer, Anwar Hussein, said that Diana’s confidence, which shines through in the photographs of their meeting, was indicative of her growing comfort with media affairs and being with being photographed. He stated that “she knew what to do and what to wear” for the cameras by this point. She didn’t care that she was soaking wet – she was having fun. Observers can feel that energy emitting from the photographs.

« Arlington National Cemetery Was Once the Home of Confederate Army Commander Robert E. Lee
Comfort on the Western Front: The Prostitutes of World War I »