Evidence of a shipwreck near Astoria, Oregon has led many to believe that the pirate ship from The Goonies was real. It’s possible the Inferno wasn’t real, or One-eyed Willy, but the ship the film was based on was, and it may have sunk near the Oregon coast.

‘The Goonies’ might be fiction, but the shipwreck wasn’t 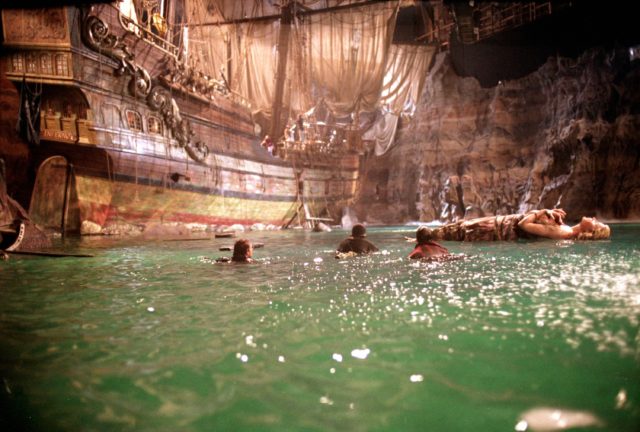 A scene from the 1985 film ‘The Goonies’ (Photo Credit: Warner Bros. / TRICKY6 / MovieStillsDB)

Steven Spielberg’s 1985 film, The Goonies, is a fun family adventure that follows a group of misfits on their search to find the lost pirate treasure of One-Eyed Willy near Astoria, Oregon. The group runs into booby traps and bad guys, and while the plot may be entirely fiction, the premise behind it was inspired by the very real story of a missing ship that sank off the shore of Oregon.

The story of the San Cristo de Burgos has legendary in the area. The Spanish galleon is referred to as the “Beeswax Wreck” because it was transporting large stores of beeswax for candles when it disappeared and sank in 1693. The ship was carrying other valuable goods, like silks and Chinese porcelain, as well, and was taking a common trade route to the New World from Europe, importing resources from Manila to Acapulco.

The trade route was more than 6,000 miles long and used to exchange goods and services for over 250 years. This led many people to believe that the disappearance and sinking of the San Cristo de Burgos was caused by the ship being blown off course in a storm and foundering near the Oregon coast. This belief was furthered as people began to find goods that the ship would have been carrying along the beaches of Oregon, like Spanish stamped beeswax and Chinese porcelain pieces.

Interestingly, Native American oral histories of the area also include a shipwreck among their narratives that may help explain what exactly happened to the galleon.

A local fisherman stumbles on an artifact 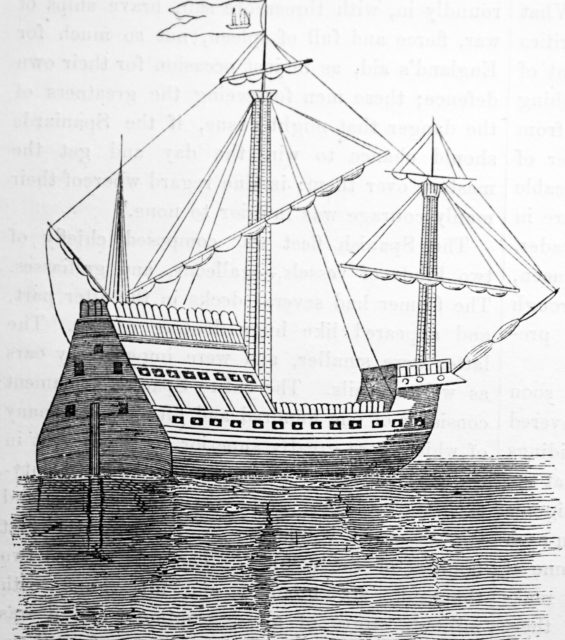 Spanish Galleons were large, multi-decked sailing ships first used as armed cargo carriers by European states from the 16th to 18th centuries during the age of sail and were the principal vessels drafted for use as warships until the Anglo-Dutch Wars of the mid-1600s. (Photo Credit: Universal History Archive / Universal Images Group / Getty Images)

In 2020, a local fisherman spotted some very old-looking timbers on the beach which they believed could have been from the infamous “Beeswax Wreck.” It took about two years after bringing the timber to the attention of the Maritime Archaeological Society (MAS) to organize a team of volunteers to search Oregon beaches for more possible timbers.

The finding of these timbers seemed extremely promising, but are they really from the wreckage of the San Cristo de Burgos? President of the MAS, Scott Williams, said, “we’re about 90 percent sure they are, but there is nothing definitive that we’ve seen that says they are from the ship that went missing in 1693.” However, there are more clues about other artifacts that have been found that shed more light on the wreck.

Is it the real San Cristo de Burgos?

When discussing the beeswax and porcelain pieces found by beachgoers, Williams said, “both offer strong clues that this was a Spanish galleon. The Chinese porcelain is important. That was a luxury good where the designs changed every 10 or 20 years. We can tell this porcelain was made between 1680 and 1700, which helps us date when the ship wrecked.”

The type of wood used for the timbers has also provided clues as to the origins of the ship. “It’s some kind of ship built in Asia or possibly South America, which would have been the case with the Santo Cristo de Burgos,” believed to be constructed at a Spanish port on the Pacific Ocean, Williams said. “There’s a chance it’s an unknown shipwreck, but the odds are small for that. The simplest explanation is that these timbers are part of the galleon.”

Continued efforts to find the shipwreck 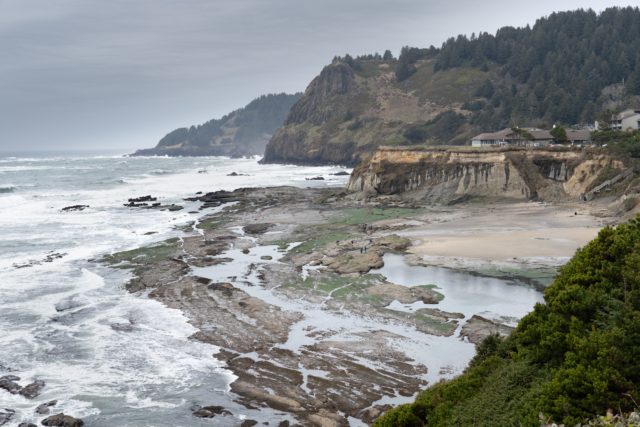 The search for the San Cristo de Burgos will continue. “No booby traps, just the timbers,” said Williams. “The caves are incredibly hard to get to. They are located on a beach that is only accessible at high tide, and it’s a tough hike to get to it over landslides and boulder fields.”

That will not stop his crew. Although the site is a marine preservation area and they cannot dig, the group intends to schedule divers equipped with an underwater camera to see if they can spot any more artifacts. “We’re hoping that one of our divers will stumble on a Spanish cannon laying on the ocean floor,” Williams said. “That would be pretty exciting!”

More from us: Six of the Most Intriguing Things Ever Found on Shipwrecks

Now the 150-foot Inferno pirate ship from the film was destroyed shortly after filming. But the real shipwreck might still be out there, just waiting to be discovered.

« Fifty Years Later, the Group Behind the Oscars Apologized to the Woman Who Refused Marlon Brando’s Award
Scientists Plan to Resurrect Resurrect the Tasmanian Tiger After Nearly 100 Years »