Historians cannot seem to agree on whether First Lady Eleanor Roosevelt was a lesbian. She was an activist for women’s and African and Asian American rights, but many forget that she also forged a path for LGBTQ+ rights. Her intimate relationship with a female reporter is documented in thousands of letters exchanged between the two. The letters’ content suggests that their relationship was of significant importance regardless of whether it was physical.

Franklin had an affair 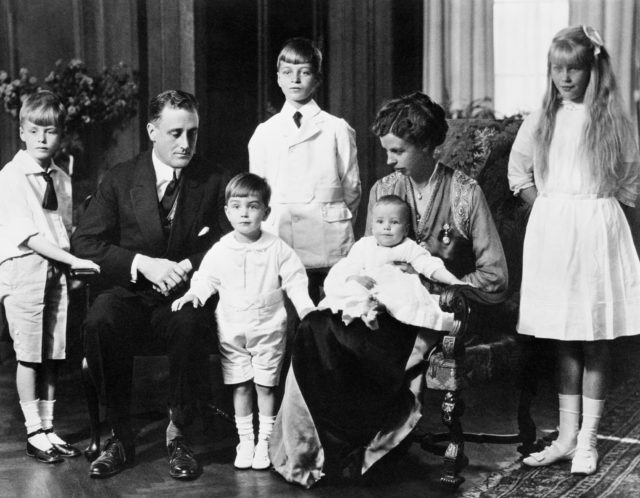 Eleanor and Franklin Roosevelt were fifth cousins, once removed, and they were raised close to one another. They were engaged in 1903 and married on St. Patrick’s Day in 1905. Over the years, Eleanor gave birth to five children (a sixth died in infancy), and Franklin pursued a career in politics. They appeared to have a happy and healthy marriage, but that was simply not true.

In 1918, Eleanor discovered that Franklin had been having an affair with her social secretary, Lucy Mercer. She found and read the love letters shared between the two and was so hurt by Frankin’s deceit that she never forgave him. However, if the scandal were exposed it would have destroyed Franklin’s political career, so the two agreed to a loveless partnership. Franklin said he would break contact with the secretary.

Franklin broke his promise to never see Mercer again and carried on a relationship with her for the rest of his life. When he ran for president, Eleanor had no desire to go to Washington and become the first lady. She did not want to have to pretend to be a happily married woman in front of the entire country. However, when Franklin was successfully elected president, she did exactly that.

Lorena took a liking to Eleanor 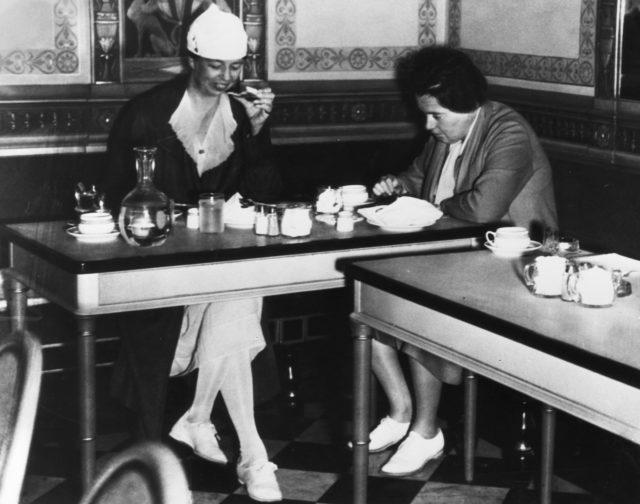 Lorena Hickok was a unique woman for her time. She was a female journalist who had managed to escape the women’s pages and instead covered major stories that were usually covered by men. She reported for the Associated Press and wrote about things like financial scandals and the Lindbergh kidnapping. Especially considering the time period, she was doing very well for herself.

Initially, when Lorena was assigned to cover Eleanor Roosevelt on Franklin’s 1932 campaign trail, she was upset. She was afraid that by taking this job, she’d be relegated to the women’s page, as that’s where stories about the first ladies of the past typically ended up. However, after spending some time with Eleanor, Lorena was surprised by her personality and felt drawn to her. She even wrote to her boss about Eleanor, saying, “She’s a person.”

At Franklin’s inauguration in 1933, Eleanor wore a sapphire ring that Lorena had given her. 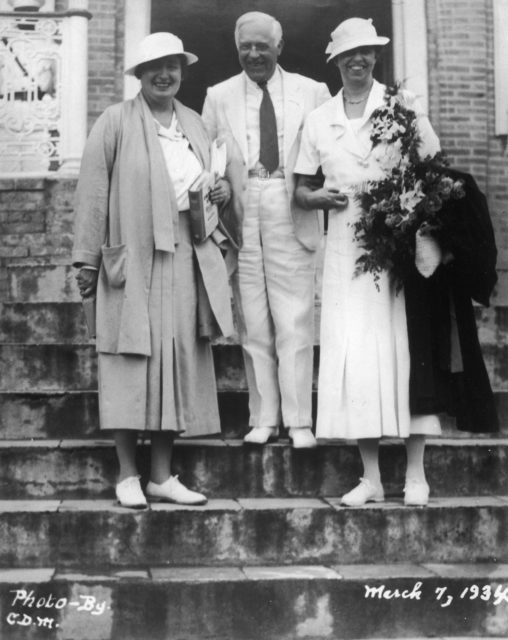 It seems as though the feelings of admiration were mutual, as Eleanor also immediately took a liking to Lorena. She was with her whenever possible, and even figured out a way for Lorena to leave her job at the Associated Press and move into the White House. Lorena’s room was not far from her own.

Lorena’s new job was to report on everything involving the Roosevelts’ programs across the country, which saw her traveling a lot of the time. When Eleanor and Lorena were together in Washington, they were completely inseparable. When Lorena had to travel for work, the two shared extensive correspondence with one another, sending letters everyday, sometimes even several times a day.

It was an intimate relationship 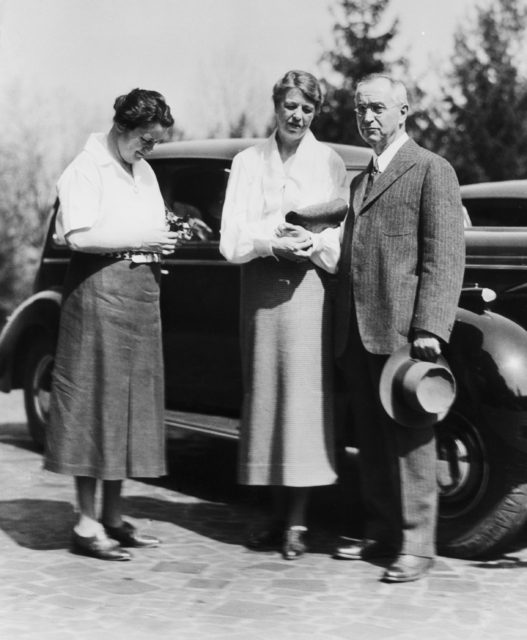 Over the years, Eleanor and Lorena wrote more than 3,000 letters to one another while they were apart. The letters were considerably more frequent and colorful in the first couple of years of their relationship and slowly waned as the intensity of their closeness eventually began to fade. Regardless, the relationship was very clearly important to both of them, and even when they drifted apart they remained amicable to one another.

Lorena is known to have had romantic relationships with other women before meeting Eleanor and likely guided her through their relationship. Regardless of whether their relationship was physical or not, it’s clear that they shared an intimacy that was a love affair in its own right.

Their letters were pretty steamy 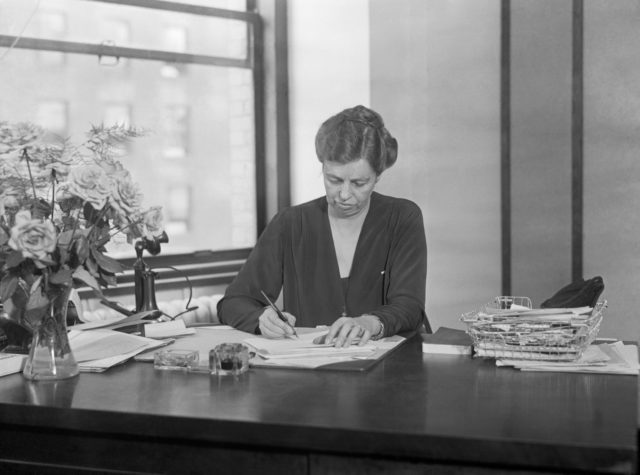 Some of these letters were destroyed, but a majority of them are available for viewing at the Roosevelt Library in Hyde Park, New York. Eleanor once wrote to Lorena, “All day I’ve thought of you & another birthday I will be with you, & yet tonite you sounded so far away & formal. Oh! I want to put my arms around you. I ache to hold you close. Your ring is a great comfort to me. I look at it and think she does love me, or I wouldn’t be wearing it.”

Eleanor also wrote, “I wish I could lie down beside you tonight & take you in my arms,” and “I can’t kiss you so I kiss your picture good night & good morning!”

The exchange between these two women was not one-sided. Lorena also wrote to Eleanor using the same passionate and descriptive language. She once wrote, “Most clearly I remember your eyes with a kind of teasing smile in them, and the feeling of that soft spot just northeast of the corner of your mouth against my lips.”

More from us: Unexpected Items That Have Been Buried With US Presidents

When the letters first became available for public viewing in 1978, some viewers wished the archive housing them was shut down due to their shocking content.  Thankfully, that never happened. Although we’ll never be absolutely sure whether Eleanor was gay or bisexual, the letters make it clear that she and Lorena Hickok shared an intimate relationship.