Why Do We Count Down to the New Year?

Americans have celebrated New Year’s Eve since the 1890s, hosting parties and ringing church bells at the stroke of midnight. To welcome 1908, One Times Square hosted the first-ever ball drop – a tradition that continues to this day – and in the 1930s and ’40s, the celebrations were broadcast via radio across the country.

While parties and celebrations were commonplace, counting down to the new year wasn’t. In fact, it didn’t become tradition until the late 20th century.

Origins of the word “countdown”

The first documented instance of the modern countdown occurred in 1947, when the Bulletin of the Atomic Scientists introduced the Doomsday Clock – the famed physical iteration of the countdown to the end of the world. In the years that followed, the word “countdown” became commonplace in the American lexicon, and eventually became associated with atomic weapons tests.

Alfred Hitchcock continued the spread of the Doomsday Clock concept. In 1957, he released his made-for-television film, Four O’Clock, which featured the clock in the basement of a common suburban home. However, he wasn’t the first filmmaker to feature a countdown in popular media, as German filmmaker Fritz Lang featured one in his 1929 film, Woman in the Moon. 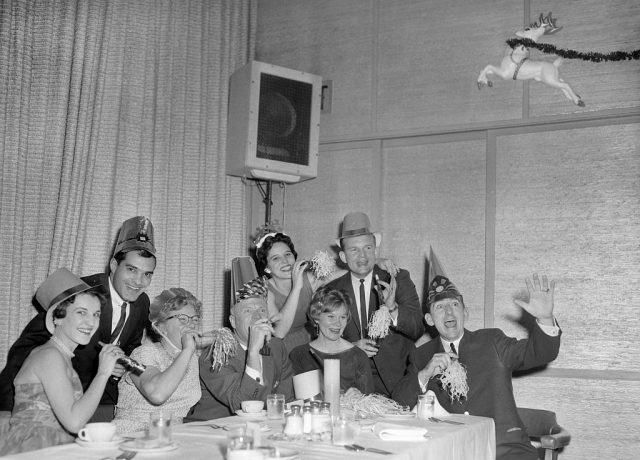 It wasn’t until May 5, 1961 that the countdown as we know it began its shift. On that day, an estimated 45 million Americans watched and listened as the country successfully launched its first manned space flight. The launch was counted down, becoming the first time it was used to signal the start of something, as opposed to the end.

With each subsequent space launch, countdowns continued to be seen in a more positive light, culminating with the famed Apollo 11 space flight, during which astronaut Neil Armstrong became the first person to walk on the Moon. 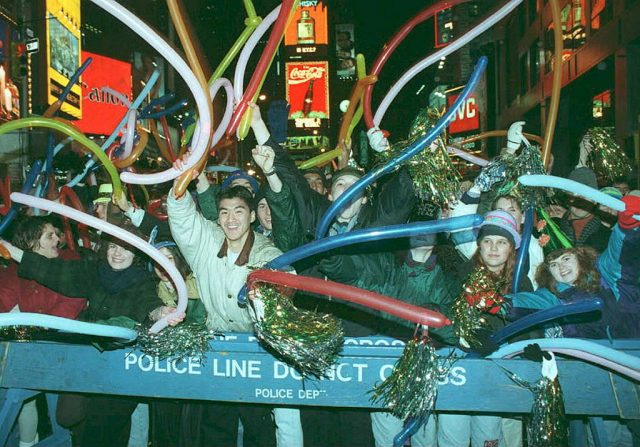 This change in perspective led to the term being adopted by numerous television productions, including popular shows in Britain and Australia. More and more, society as a whole was beginning to associate the word “countdown” with positivity, as opposed to death and doom.

Counting down to the new year

According to Smithsonian Magazine, the first-ever recorded instance of a New Year’s countdown occurred in the final moments of 1957, when broadcaster Benjamin Grauer said on national radio, “’58 is on its way, 5-4-3-2-1. The ball is starting to slide down the pole, and it is the signal that ’58 is here.”

The trend didn’t catch on, despite Grauer’s attempts throughout the 1960s to make New Year’s countdowns commonplace. In 1973, Dick Clark’s New Year’s Rockin’ Eve premiered and introduced countdowns to television audiences. However, they were often not in sync with the Times Square ball drop. 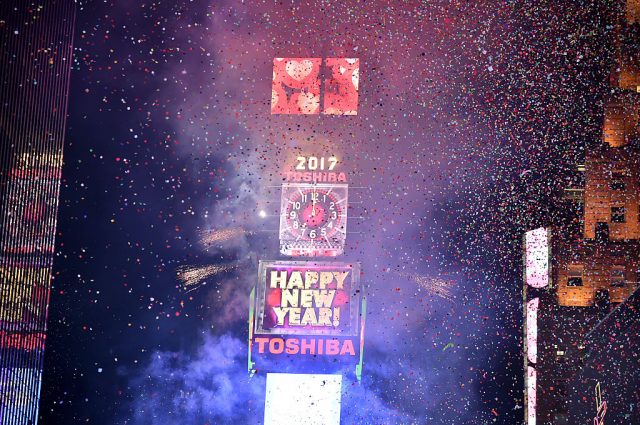 More from us: Why Do We ”˜Fall Back’? Facts About Daylight Saving That Prove It’s No Longer Necessary

The New Year’s countdown finally took hold in the late 1970s, with crowds in Times Square counting down to the beginning of 1979. By the end of the 1980s, countdown clocks had been installed in the New York City location and television graphics were created, allowing those at home to count down with live audiences.