Historical figures are often immortalized in a specific way. We tend to forget that these figures didn’t always look the way they do in their most famous photos. Taking a look at historical figures at different points in their lives offers us a really interesting perspective. 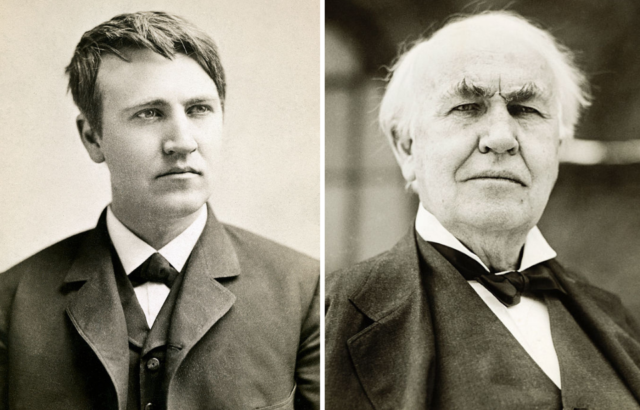 Inventor Thomas Edison lived to be 84 years old, and owned over 1,000 patents. Because he lived to be so old, we often picture an aged Thomas Edison in our heads. Edison began inventing things at a very young age, developing his first invention at 22 years old. 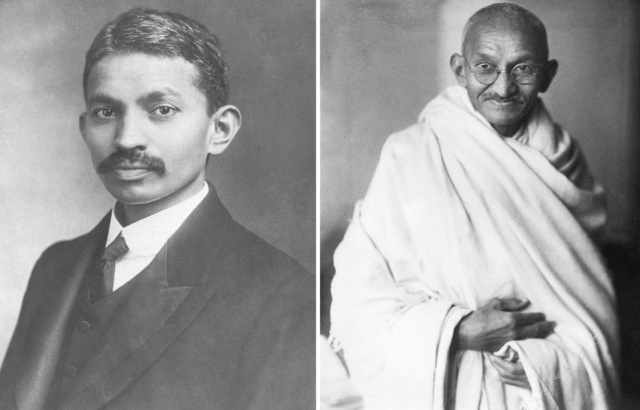 Like Thomas Edison, we often picture an older Mahatma Gandhi. Maybe this is because Ben Kingsley portrayed an older Gandhi in the 1982 biopic. Gandhi began his political and social activism at a young age, after being exposed to racial discrimination practiced in South Africa. Gandhi was assassinated in 1948, when he was 78 years old. 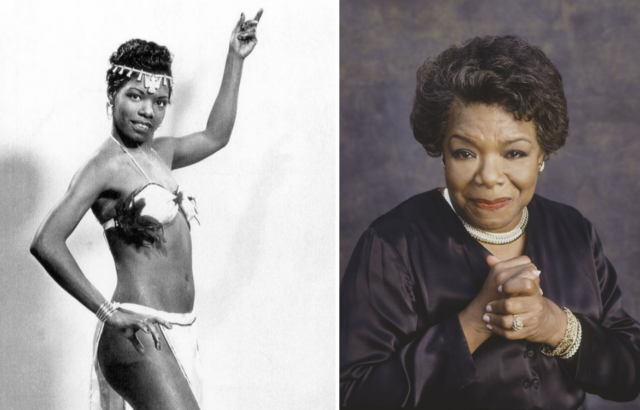 Maya Angelou lived a thousand lives when she was alive. She was best known for her Civil Rights activism, but was also a poet and memoirist. She worked with both Martin Luther King Jr. and Malcom X during the Civil Rights movement. When she was younger, she worked as a nightclub singer and dancer in San Francisco. 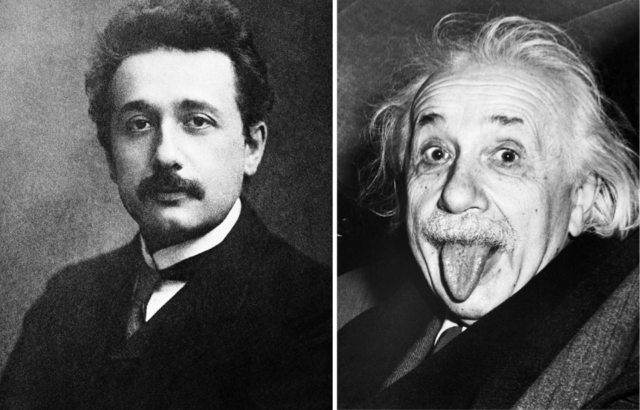 There’s nothing we love more than the photo on the right of Albert Einstein sticking his tongue out on his 72nd birthday. The photo on the left is of a younger (more serious) Einstein, taken in 1905 after he published his ground-breaking theory of relativity. 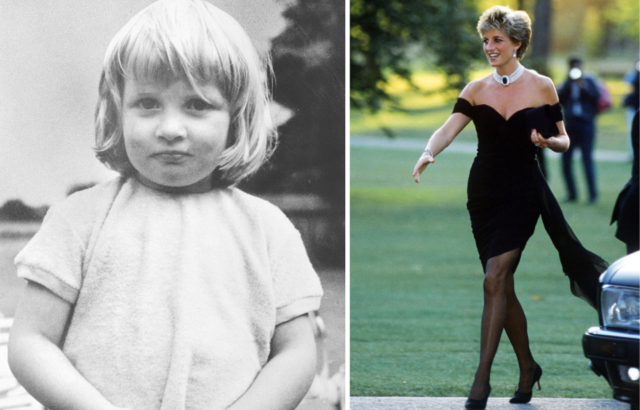 Diana Spencer was the people’s princess and queen of our hearts. Pictured on the left is Lady Di, when she was three years old, at her house in Sandringham. On the right is our favorite picture of Princess Diana taken in 1994, wearing her iconic revenge dress. 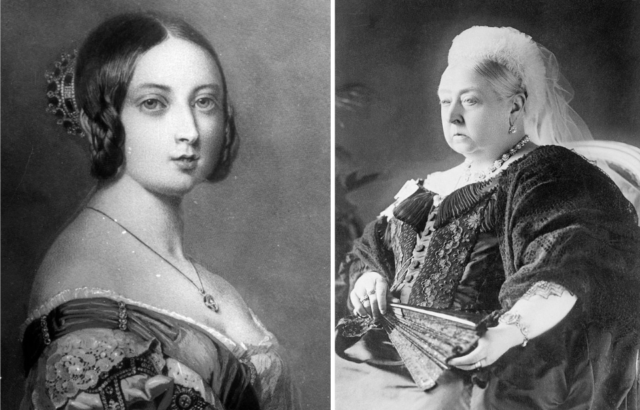 We are accustomed to seeing pictures of Queen Victoria in the later years of her life. Technically speaking, all the photographs of Queen Victoria in her later life are similar because she wore the color black for the last 40 years of her life to mourn her husband, Prince Albert. Before she adopted the color black, Queen Victoria was quite the style icon herself. When she came to power in 1837, she braided her hair in the front, fashioning it into loops, while the back part of her hair was held in place with a bun or braided bun (as pictured above). This hairstyle dominated the Victorian Era. 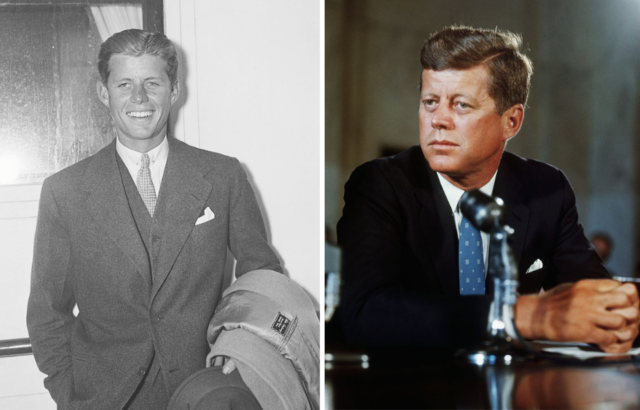 Honestly, John F. Kennedy doesn’t look all that different in youth and adulthood. John F. Kennedy was a student at Harvard University when the photo on the left was taken in 1938. He didn’t age much between 1938 and 1961, when he was President of the United States. 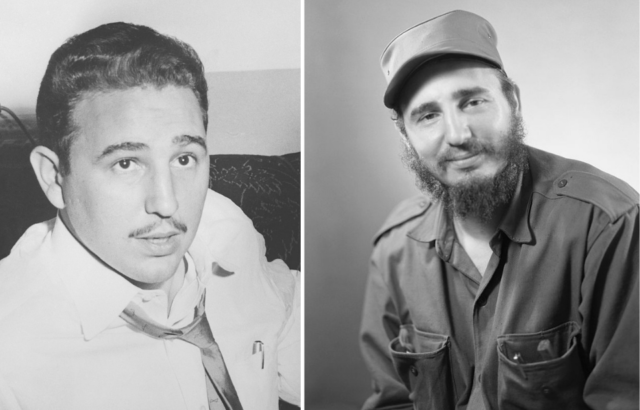 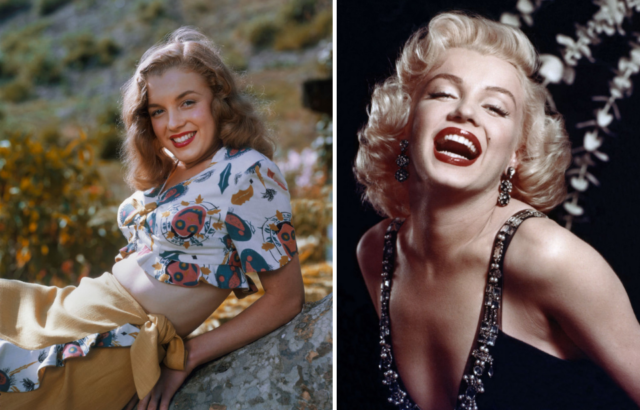 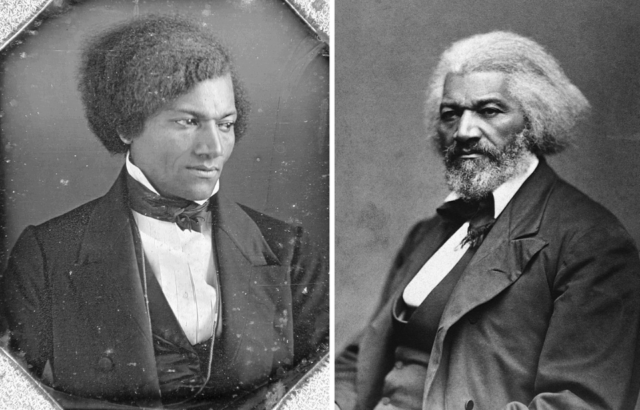 Frederick Douglass was born into slavery around 1818 in Maryland. He tried to escape slavery several times growing up, and was successful in 1838 when he was around 20 years old. He became one of the most famous and recognizable abolitionists in the world. He passed away on February 20, 1895, at age 77. 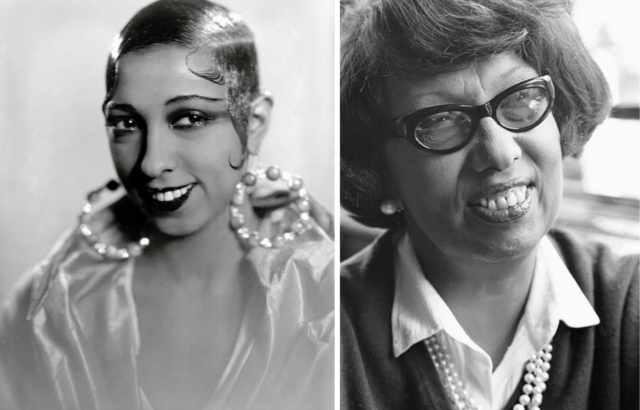 Unlike many people included on this list, we often picture a younger Josephine Baker over an older Josephine Baker. Baker was the most famous woman in France throughout the 1920s and 1930s. During the Second World War, she worked as a spy for the French resistance. She passed away in 1975 when she was 68 years old. Baker was the first American-born woman to receive full French military honors at her funeral. 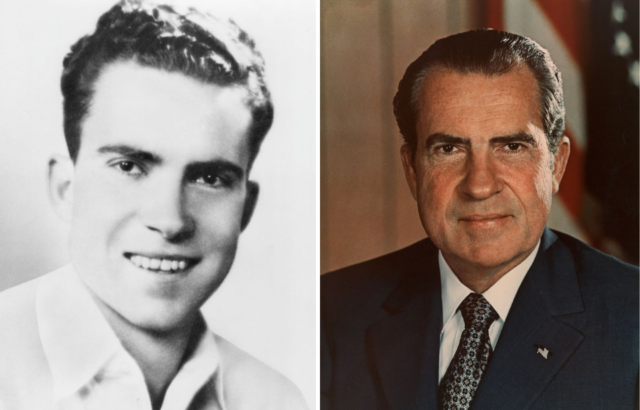 More from us: 9 Final Photos of Famous People Before They Died

Richard Nixon’s eyebrows seemed to have stayed consistent throughout his entire life. The left-hand photograph shows Nixon in 1931 when he was 18 years old. The photograph on the right was taken in 1968 while he was President of the United States.