Each year, Hollywood’s star becomes a little bit dimmer with the loss of some of its most well-known stars. A number are vintage legends who helped give the entertainment industry the grandeur it has today, while others have passed before their time. The following are the celebrities we’ve lost thus far in 2023. 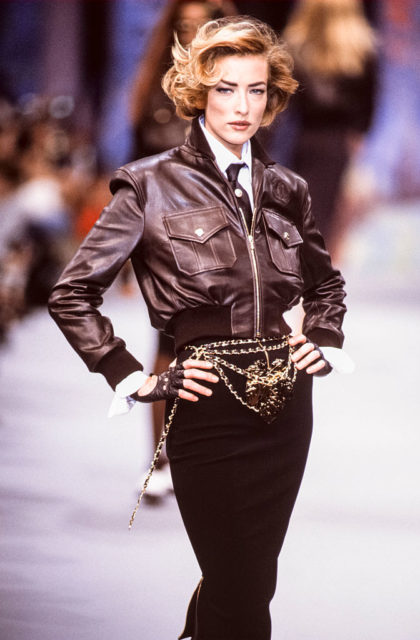 Famed German supermodel Tatjana Patitz passed away from metastatic breast cancer on January 11, 2023. Known for being one of the “original” supermodels, she walked the runway for a number of prominent designers and even appeared in the pages of Elle and Vogue.

Unlike other supermodels from the 1980s and ’90s, Patitz lived a relatively quiet life, preferring to spend time with her family. Her talent and good looks afforded her a number of high-profile fans, including Anna Wintour, Vogue’s editor-in-chief. 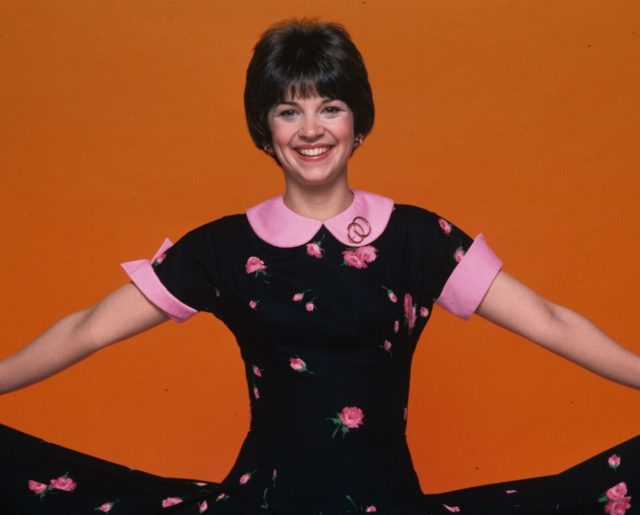 The statement released by the family read, “The passing of our kind, hilarious member, Cindy Williams, has brought us insurmountable sadness that could never truly be expressed. Knowing and loving her has been our joy and privilege. She was one of a kind, beautiful, generous and possessed a brilliant sense of humor and a glittering spirit that everyone loved.” 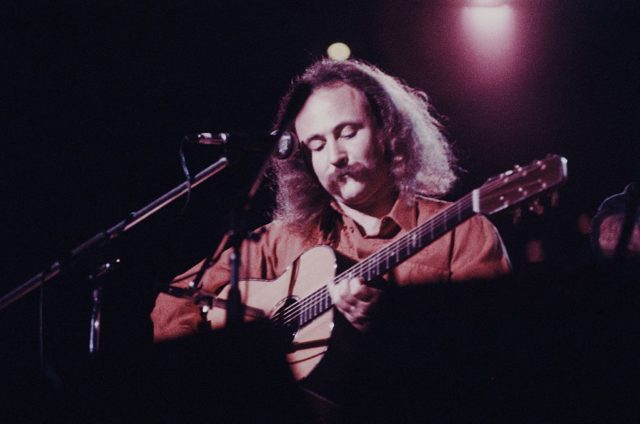 While all the deaths on this list were unexpected, one many weren’t expecting was that of Crosby, Stills & Nash co-founder, David Crosby. The 81-year-old passed away on January 19, 2023, shocking fans, as he was active on social media as recently as the day before word of his death was announced.

Despite being estranged, former bandmate Graham Nash paid tribute to Crosby on Instagram, writing, “I know people tend to focus on how volatile our relationship has been at times, but what has always mattered to David and me more than anything was the pure joy of the music we created together, the sound we discovered with one another, and the deep friendship we shared over all these many long years.

“David was fearless in life and in music. He leaves behind a tremendous void as far as sheer personality and talent in this world. He spoke his mind, his heart, and his passion through his beautiful music and leaves an incredible legacy. These are the things that matter most.” 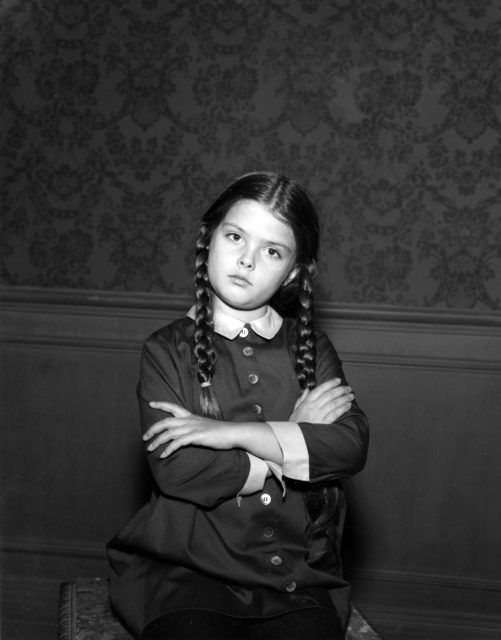 Best known for portraying Wednesday Addams in The Addams Family (1964-66), Lisa Loring was among the most popular child stars of the 1960s. She put on a memorable performance as the macabre child of Gomez and Morticia Addams, and was arguably a fan favorite.

Loring passed away on January 28, 2023, at the age of 64. Just four days prior, she’d suffered a massive stroke and was put on life support. News of her death was confirmed by her daughter, Vanessa Foumberg, in a statement to Variety, which read, “She went peacefully with both her daughters holding her hands.” 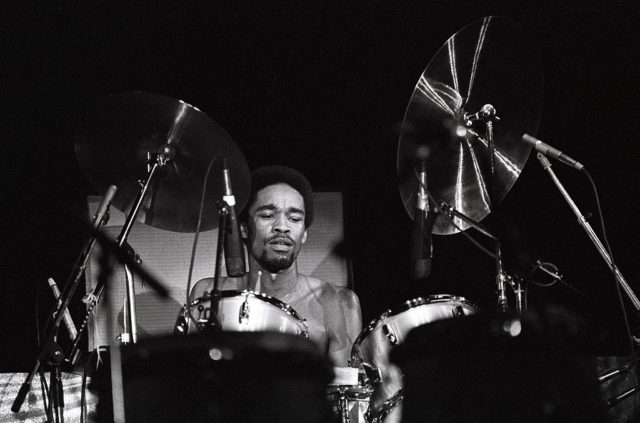 On January 1, 2023, drummer Fred White passed away at the age of 67. His cause of death has not been publicly released.

Among the early members of the genre-bending Earth, Wind & Fire, he performed with the band from 1974-84. Announcing the news on Instagram, fellow bandmate Verdine White wrote, “Dearest Family Friends and Fans…..Our family is saddened today With the loss of an amazing and talented family member, Our beloved brother Frederick Eugene “Freddie” White.” 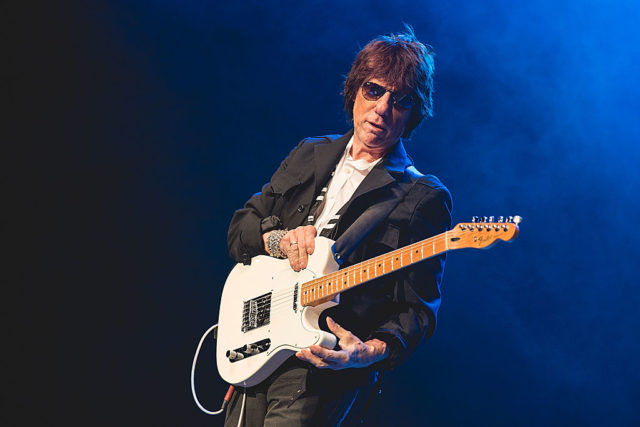 Legendary guitarist Jeff Beck passed away on January 10, 2023 after contracting bacterial meningitis. The 78-year-old, who rose to fame with English rock band The Yardbirds, was the recipient of eight Grammy Awards and twice inducted into the Rock and Roll Hall of Fame – once with his band and the second time as a solo artist.

Following Beck’s death, bandmate Ronnie Wood tweeted, “Now Jeff has gone, I feel like one of my band of brothers has left this world, and I’m going to dearly miss him. I’m sending much sympathy to Sandra, his family, and all who loved him. I want to thank him for all our early days together in Jeff Beck Group, conquering America.” 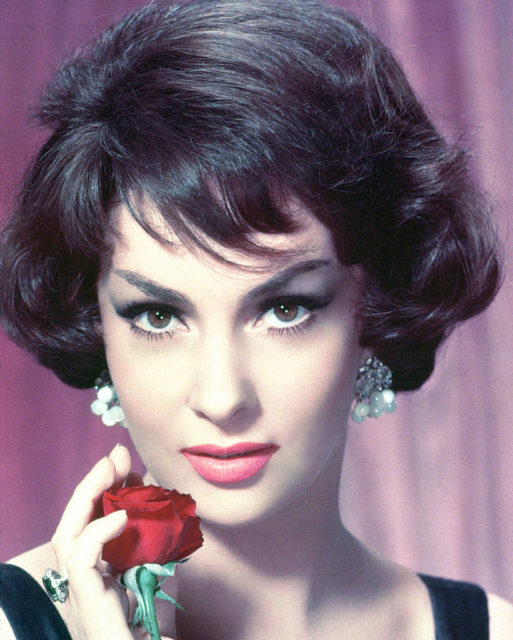 On January 15, 2023, the “most beautiful woman in the world” passed away. Rising to fame between the 1950s and ’60s, Gina Lollobrigida was often compared to fellow Italian actress Sophia Loren, with whom she later feuded. Her English-language film debut occurred in 1953, with the release of Beat the Devil, starring Humphrey Bogart.

Following her acting career, Lollobrigida became a photojournalist and was among the few who were able to secure an exclusive interview with Fidel Castro. In her later years, she unsuccessfully attempted to enter politics, running for a seat in the European Parliament. 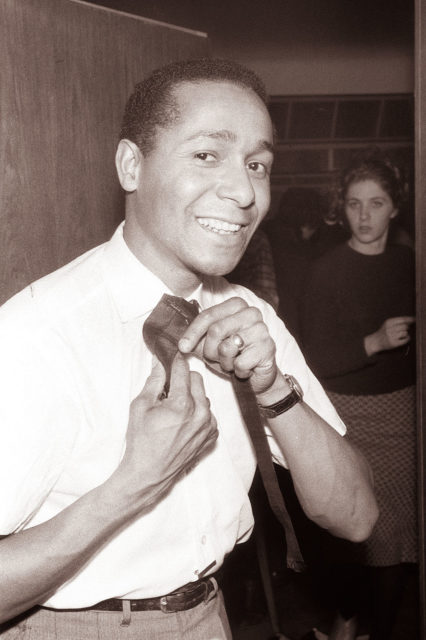 One of the 20th century’s most famous tap dancers, Arthur Duncan got his big break on The Betty White Show (1952-54) as the first African-American regular on a variety television program. He followed this up by joining Bob Hope‘s touring USO troupe, and over the course of his career put on performances around the world.

Duncan passed away on January 4, 2023 from pneumonia and a stroke. Interestingly enough, it was only after his death that the world learned he was actually born in 1925, not ’33 like biographers had claimed. According to his wife, the late dancer never corrected the error because “he never wanted to discuss anything personal.” 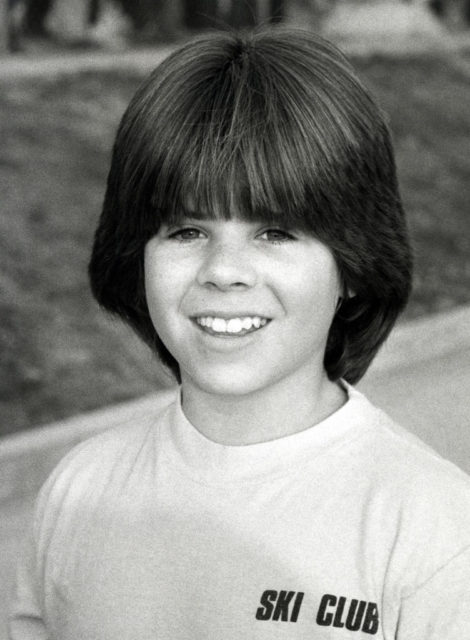 Best known for portraying Nicholas Bradford on Eight Is Enough (1977-81), Adam Rich was once nicknamed “America’s Little Brother.” Sadly, on January 7, 2023, he passed away at his Los Angeles, California home, at the age of 54. His cause of death was not released to the public.

Following his stint on Eight Is Enough, Rich made a number of guest appearances on various television shows, after which he secured a voiceover role in the cartoon adaptation of Dungeons & Dragons (1983-85). As the 1980s came to a close, he largely retired from the small screen, likely due to his long-term struggles with addiction. 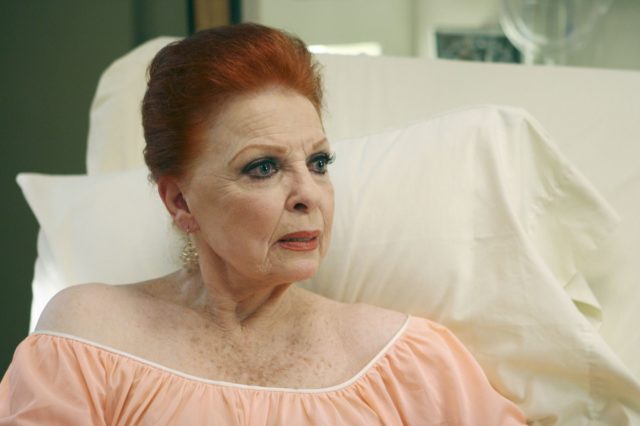 On January 11, 2023, just three days before her 99th birthday, famed actress Carole Cook passed away from heart failure. Her passing was confirmed by her long-time husband, Tom Troupe. 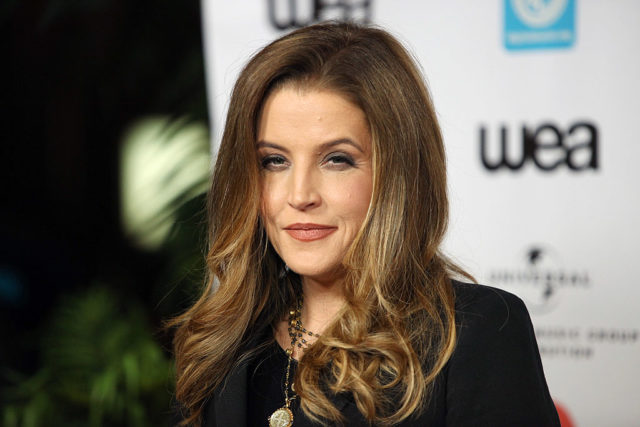 Lisa Marie Presley, the only child of Elvis and Priscilla Presley, passed away on January 12, 2023. The 54-year-old was rushed to hospital after being found unresponsive in her bedroom, having suffered an apparent cardiac arrest. CPR was administered until paramedics arrived, but little could be done to help her.

Presley was placed in an induced coma, due to her critical state. She subsequently suffered another cardiac arrest while receiving medical care, which ultimately led to her untimely death. Just two days prior, she’d attended the Golden Globes, where Austin Butler took home the award for Best Actor – Motion Picture Drama for his portrayal of her father in Elvis (2022). 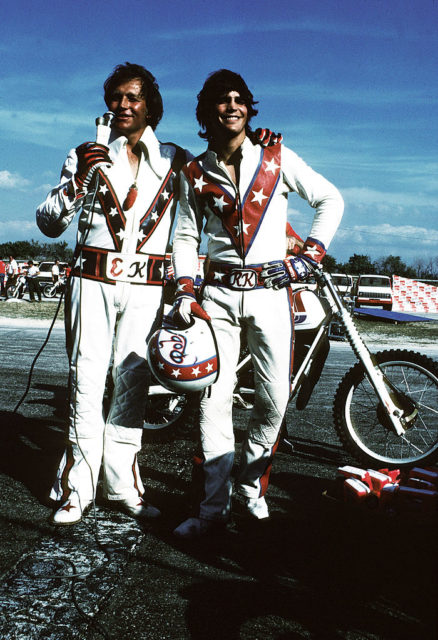 The son of famed daredevil Evel Knievel, Robbie Knievel passed away on January 13, 2023 from pancreatic cancer. The 60-year-old followed in his father’s footsteps, performing impressive motorcycle stunts the average enthusiast wouldn’t dare attempt. His career spanned 30 years, during which he landed over 350 death-defying jumps.

Knievel was living in a hospice situation in Reno, Nevada at the time of his death. Speaking with the Associated Press, his brother, Kelly Knievel, said, “Daredevils don’t live easy lives. He was a great daredevil. People don’t really understand how scary it was for my brother.” 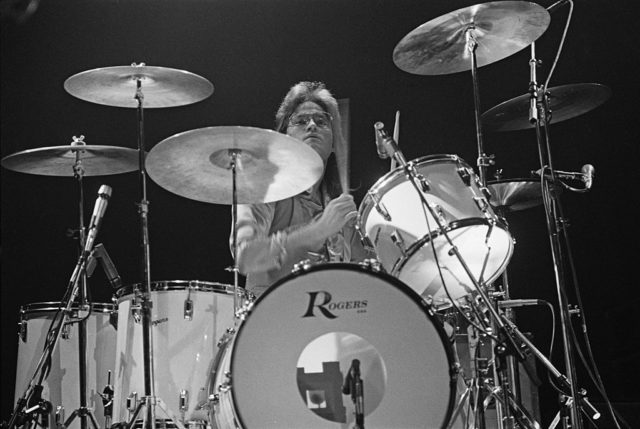 Robbie Bachman, the original drummer for Bachman-Turner Overdrive and its predecessor, Brave Belt, passed away on January 12, 2023. The cause of the 69-year-old’s death was not revealed.

Bachman was inducted into the Canadian Music Hall of Fame in 2014, having made significant contributions to the country’s music industry, both national and worldwide. Among them was his co-writing of some of Bachman-Turner Overdrive’s biggest hits, including “Roll On Down the Highway” and “Hold Back the Water.” 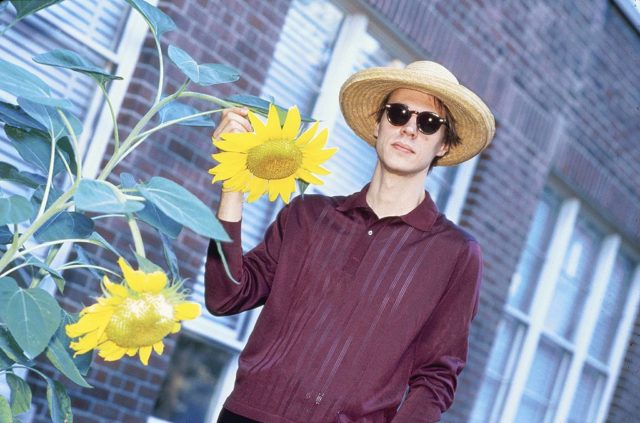 Television frontman Tom Verlaine passed away on January 28, 2023, at the age of 73, from a brief illness. The man behind one of the 1970s’ best albums, Verlaine was known for his near-inhuman abilities on the guitar. Outside of Television, he also released a number of solo vocal and instrumental albums.

Many musicians have shared tributes to Verlaine, including Flea of the Red Hot Chili Peppers, who tweeted, “listened to Marquee Moon 1000 times. And I mean LISTENED, sitting still, lights down low taking it all in. awe and wonder every time. Will listen 1000 more. Tom Verlaine is one of the greatest rock musicians ever. He effected the way John and I play immeasurably. Fly on Tom.” 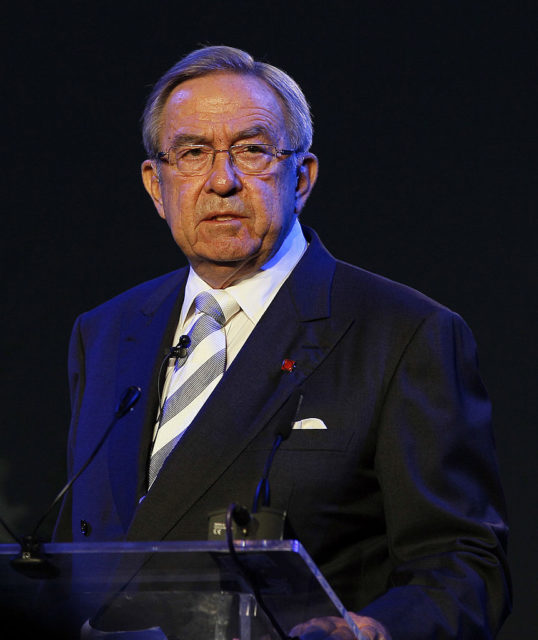 The last reigning monarch of Greece upon the country’s abolishment of the monarchy in 1974, King Constantine II was best known to modern audiences for being Prince William‘s godfather. On January 10, 2023, at the age of 82, Constantine passed away from complications caused by a stroke he’d suffered four days prior.

More from us: The Mysterious Unsolved Death of ‘Gone with the Wind’ Star Leslie Howard

The Greek government made the decision to not give Constantine a state funeral. He was laid to rest on January 16, in a ceremony attended by nine European monarchs and 200 other attendees. Among those present were King Carl XVI Gustaf of Sweden and Queen Margrethe II of Denmark.